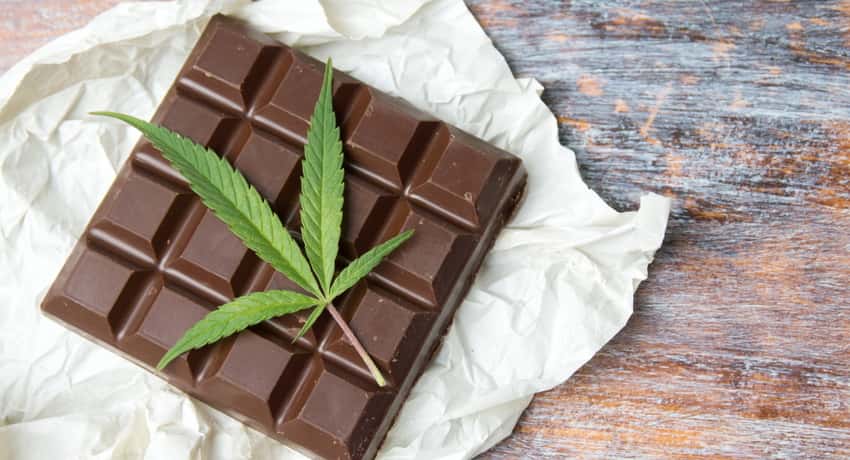 Consuming Cannabis: All About Your Best Alternatives to Smoking Weed

Hoping to start dabbling with cannabis? Not interested in smoking it? If so, you needn’t worry; There are a bevy of different ways to consume cannabis that don’t involve smoking.

Curious as to some alternatives to smoking weed? You’re in the right place. We’re going to review the different methods below.

Best alternatives to smoking weed. Similar to smoking weed, but a little different as well, dabbing is a process wherein you inhale THC extract through a bong-like instrument. This instrument is known as a dab rig, and it consists of tubes and a nail.

To utilize a dab rig, you must heat its nail to extreme temperatures. This is done with the use of a butane torch.

Once the nail has been heated adequately, you press the extract up against it with a dabbing tool. While you’re doing this, you must also inhale, pulling the vapor into your lungs.

Dabbing can be expensive (and a little dangerous) but it can also deliver a potent high. Because it involves the use of marijuana extract as opposed to marijuana flower, it packs a bigger wallop than does smoking weed.

Note, however, that dabbing is not typically recommended for beginners. For those who have never consumed marijuana before, it can be a lot to handle. If you’re new to marijuana, you should start with some less extreme consumption methods, working your way up to dabbing over time.

One of the best alternatives to smoking weed. If you’re just getting into marijuana, and if you’re looking to inhale it, you should consider vaping. Vaping is similar to smoking weed and dabbing in that it requires inhalation. However, it differs in a number of other respects.

Facilitated by a vaping pen and vape cartridges, vaping is as simple as taking a drag. There’s no need to roll joints or heat up a nail. Just pop the cartridge into the pen, press the necessary button, and inhale some of that sweet THC goodness.

Safer than smoking weed and doing dabs, vaping delivers a smooth and cool drag. Easy on the lungs, it’s a solid option for those with little marijuana experience.

Another big benefit of vaping is that it creates very little odor. As such, it can be done in apartment buildings (and other semi-public areas) without detection from neighbors and passersby.

The downside to vaping? It can be a little expensive. Vaping cartridges run at around $40 apiece and vaping pens usually need to be replaced every year or so.

Hoping to avoid inhalation altogether? Edibles will accommodate you. Edibles are quite simply foods that have had cannabis mixed into them.

Some examples of edibles include gummies, brownies, cookies, beef jerky, and chocolate. If you wish, you can even make marijuana-infused pizza, hamburgers, and lasagna, killing two birds with one stone (obtaining a high and conquering the munchies).

The best thing about consuming edibles? It’s ridiculously easy. You don’t need any advanced knowledge; Just open your mouth and chew like you would with any other food.

The downsides to consuming edibles? Unfortunately, there are quite a few.

For one, edibles take a long time to kick in. Because they enter the bloodstream at a slower pace than do smoke and vapor, they offer much slower results. You’ll usually have to wait around 30 minutes before you feel the effects of an edible.

For two, edibles lack potency. A single edible will typically contain only small amounts of marijuana. So while it will have an effect, it will only be a small one.

For three, edibles are expensive. Because they contain many more ingredients than just marijuana, they’re one of the least cost-effective options there is.

Nonetheless, edibles can be quite enjoyable. If you’re getting into marijuana for the first time or if you’re hanging out with friends, you should give them a shot.

Another oral consumption method to consider is tinctures. Tinctures are liquid marijuana extracts that are placed under the tongue. They deliver a quick high but are generally not as fast-acting as inhalation methods.

Tinctures are exceedingly safe, offering no ill effects. Easy to take, they require no advanced knowledge. If you’re a novice in the world of marijuana, tinctures wouldn’t be a bad place to start.

Looking for a more medicine-based consumption method? If so, you might consider ingesting marijuana oils. These oils come in capsules and are taken in the same way as pills.

While marijuana oils aren’t as potent and not as fast-acting as tinctures, they are just as safe. As such, they’re a great option for those just starting out.

One of the more unique ways of ingesting marijuana is by applying it via a topical cream. There are all kinds of marijuana-containing lotions. They offer not only psychological benefits but physical ones as well.

Make note, however, that topical creams aren’t going to have you flying high. While they will produce the desired effect, they will appear muted when compared to the one delivered by smoking or consuming edibles.

Topical creams are most appropriate for those who need pain relief. By applying a marijuana-laden cream to an affected area, you will essentially be numbing the pain that exists within it.

There Are Tons of Alternatives to Smoking Weed

While smoking weed will absolutely deliver the high you’re looking for, it’s certainly not the only method of cannabis consumption in existence. The truth is that there are tons of alternatives to smoking weed. Any of the methods reviewed above will offer the desired result.

On the search for other cannabis-related info? You can find it right here on our website. We cover everything from cannabis consumption to cannabis benefits to cannabis culture and more.

Become a true enthusiast by browsing our other articles now!

Getting Your Business Up and Running

The Hitchhiker's Guide to CBD Isolate: Everything You Need to Know