A Detailed Breakdown of the Workers’ Comp Claims Process: How it All Works

In 2018, there were 2.8 million injuries and diseases that occurred in US workplaces. This was also the case back in 2017.

All these show just how dangerous the workplace can be. That’s why, as an employee yourself, you need to know about the workers’ comp claims process. After all, 140 million US employees have this coverage, so it’s very likely that you do too.

If you get injured or ill on the job, workers’ comp will help cover your medical and hospital costs.

Ready to learn how to file for workers’ comp claims as well as the dos and don’ts of the process?

Let’s dive right into it

A Quick Overview of Injuries and Illnesses Covered by Workers’ Compensation

For a workers’ compensation claim to be valid, the injury or illness should be work-related. This means that they should have occurred during the course of your employment. These include almost any situation wherein you were doing something for your employer.

That said, the most common covered injuries and illnesses do happen in the workplace. For instance, these include the 34 cases of sprains, strains, tears per 10,000 full-time workers in 2018. Other common causes are being struck by or contact with an object, slips, trips, and falls at the workplace.

Note, however, that workers’ comp also covers incidents outside of the workplace itself.

Let’s say that your company had a gathering that required your attendance. During the event, something you ate or drank made you sick enough to need medical attention. Or perhaps, on your way to the event, you got into a car accident or you slipped and fell somewhere in the venue.

Since the incident is still tied to your work, then your workers’ comp coverage should kick in.

What it won’t cover is an injury or illness that befalls you after you leave the company event. For example, you decided to leave the event early and go to a bar for a few more drinks. If you get injured or sick during this time, that’s already outside of your workers’ comp coverage.

The Most Important Step in the Workers’ Comp Claims Process: Getting Medical Help ASAP

This is for your own sake, so make sure you don’t delay visiting a doctor if you get injured or ill at work. Keep in mind that many injuries and illnesses worsen over time, so don’t ignore the early signs. There are also many workplace accidents that can have delayed symptoms.

A good example is a repetitive strain injury (RSI), which affects 1.8 million US workers each year. An RSI may not be that painful now, but leaving it untreated may result in the need for surgery.

Falls can also cause traumatic brain injuries, which can have delayed symptoms too. The CDC says that in 2014, almost half of all TBI cases that led to an emergency department visit were due to falls.

The severity of your work injury or illness, however, may dictate which doctor you can see. For medical emergencies, virtually all states allow workers to visit the nearest ER. Other than this, your worker’s comp may have specific rules when it comes to treating doctors.

For example, states like Alaska and Hawaii give workers the right to choose their doctor. In California and Georgia, this rule applies too, but with certain limitations. In many other states, like Florida and Indiana, the employer or insurer makes the choice.

What’s important is to visit the right doctor as soon as you can following your work accident. This way, you have better chances for a faster and full recovery. Also, you’d need the medical certificate once you do file your workers’ comp claim.

Report the Incident to Your Employer Right Away

As soon as you’re able to, let your employer know about what happened to you. There’s a deadline for this, but again, it varies from state to state.

Some states, like Arizona, Connecticut, and Kentucky, don’t have a specific timeline. Instead, they impose reporting on an “as soon as possible” basis.

In most other states, workers have seven, 14, or 30 days to report their injury or illness to their boss. In Wyoming, however, workers only have 72 hours to notify their employer about an injury. In South Dakota, employees have three business days to inform their employers.

In most cases, injured or ill workers would need to fill out the official workers’ comp claim form. The employer usually provides this upon receiving the worker’s incident report.

If not, you would need to contact your state’s workers’ compensation board. The board will be the one to supply you with the official form.

Completely fill out the form, which will ask for details about your injury or illness. These include the injury’s or illness’s nature and location, as well as when and where the injury took place. You’ll also have to indicate the treatment you’ve already received.

Filing a workers’ comp claim is usually the responsibility of the employer. So once you’ve submitted the claim form, your employer takes over the rest of the process.

This doesn’t mean that all employers do their part. Many either under-report, under-record, or don’t even record injuries or illnesses! Some studies estimate that these problems occur in 20% to 70% of cases.

That said, be sure to follow up on your claim with your employer, especially since it has a deadline. Known as “statute of limitations,” this places a due date on the validity of workers’ comp claims.

This is different from the previously-discussed incident reporting deadline. The statute of limitations is the deadline for the actual filing of the claim. It’s longer than the time given to file an incident report; these usually run for at least one to two years.

For instance, in Florida, you have 30 days to report your injury or illness to your employer. You or your employer then need to file the workers’ comp claim within two years from the time of the incident. Failure to meet this requirement will result in your claim becoming invalid.

What if your employer doesn’t file your claim or the insurer denies it? In this case, you should consider calling a workers compensation attorney. The same goes if your employer attempts to retaliate by threatening to fire you.

No, employers cannot and should not retaliate against a worker requesting to file a claim. This is against the law.

Depending on the state, employers who do this could face a fine, a criminal charge, or both. You can also bring a lawsuit against your employer in such cases.

Evaluation of the Claim by the Insurer

After receiving your claim, your employer should notify the workers’ comp provider (insurer). The insurer evaluates your claim by checking your medical reports and other documents.

If everything goes smoothly, your employer informs you of your claim’s acceptance. They will also provide you the details of your compensation, such as how much coverage you’ll get.

After the Claims Filing Process

At this point, you only have to wait for the insurer to release your compensation. In most cases, this is in the form of funds for the hospital and medical bills, as well as a disability payment fund. Employees, for the most part, can accept this offer or push through with a lump sum settlement.

If, however, you believe that the insurer’s offer is unjust, you should again talk to a workers’ comp lawyer. A lawyer will help you pursue a much fairer amount of compensation. This is especially important if you’ve developed a chronic injury or illness.

Also, don’t forget to keep seeing your doctor and abiding by your treatment plan! Again, not only is this for your own health, but it can also prevent your claim from becoming invalid. The insurer may say that you’ve breached the terms of your coverage for not following the doc’s orders.

Protect Your Rights as a Worker

There you have it, everything you need to know about the workers’ comp claims process. So long as you follow all the steps in this guide, then your claim should be valid and you should get compensated. If your claim still gets denied, bring your case to an experienced workers’ comp lawyer.

What’s important is to seek medical treatment right away while not forgetting deadlines. This way, you can worry less about claims rejections, and instead, focus on your recovery.

Ready for more nuggets of wisdom to help boost your health? Then be sure to head over to this site’s blog section!

How to Use a Hookah: A Beginner's Guide to Setting up a Hookah at Home

Read More
Table of Contents Hide 1. Have a Plan2. Build a Strong Network3. Market Your Firm4. Stay on Top…
BBusinessLaw 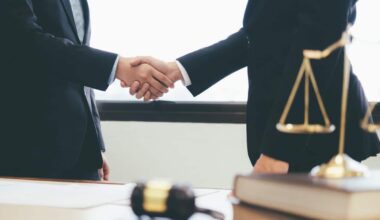