What next for Florida’s rail systems?

If Gov. Rick Scott sticks to his guns and rejects funds for high-speed rail, where does that leave Florida’s rail infrastructure?
13
Shares
13
0
0
0

In the wake of Gov. Rick Scott’s decision to stick to his guns on rejecting funds for high-speed rail, the Palm Beach Post reported that the U.S. Transportation Secretary Ray LaHood has extended the deadline, allowing the federal government more time to overcome Scott’s objection that the project would put Florida taxpayer dollars at risk.

The Florida Rail Commission has been mulling ideas along those lines. The commission has heard presentations on plans for a system in which Central Florida sprawl would give way to “transit-oriented development” concentrated around SunRail stations, which would connect Orlando’s suburbs to the high-speed line.

Scott did provide funding for SunRail in his budget proposal, but that project has come under fire from some state lawmakers, including high-speed rail supporter Paula Dockery, R-Lakeland, who argue it’s too costly for the state (though others, including leadership members from both houses, still support it, according to this update from the Orlando Sentinel).

In the announcement (.pdf) accompanying the Brookings report, Puentes said:

Most of America’s economic competitors, he said, have already taken the necessary steps to make sure they can move people and goods more quickly than we can. This is all taking place as we retreat from making necessary investments.

Scott and Puentes appear to be in synch on the benefits of modernizing Florida’s ports. Scott’s transition team discussed plans to make them deeper and link them with rail lines, allowing the state to capitalize on the expansion of the Panama Canal.

When a Department of Corrections employee pressed him recently about his high-speed rail decision, Scott said he thinks dredging the ports and improving their connections to highways and rail systems is a priority.

That would allow for faster movement of goods, but what about people?

In a series of tweets after Scott’s initial rejection announcement, Tim Center of the Collins Center summed up the question lingering in the background as Florida’s politicians debate the merits of individual projects: What is the vision that will guide the future of the state’s transportation system?

Amendment 4 gets first endorsement from a Florida newspaper 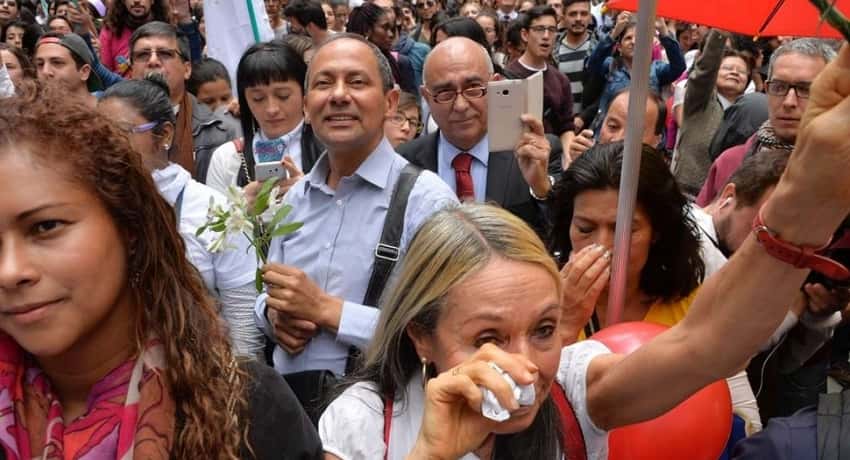 Read More
Police waded through a crowd chanting “Shame! Shame!” and “The banks got a bailout! The people got sold…
OOldPolitics
The shift comes with political risks for Republicans, who, by favoring programs like drug treatment and work-release over lengthy prison sentences, can expose themselves to accusations that they're soft on crime.