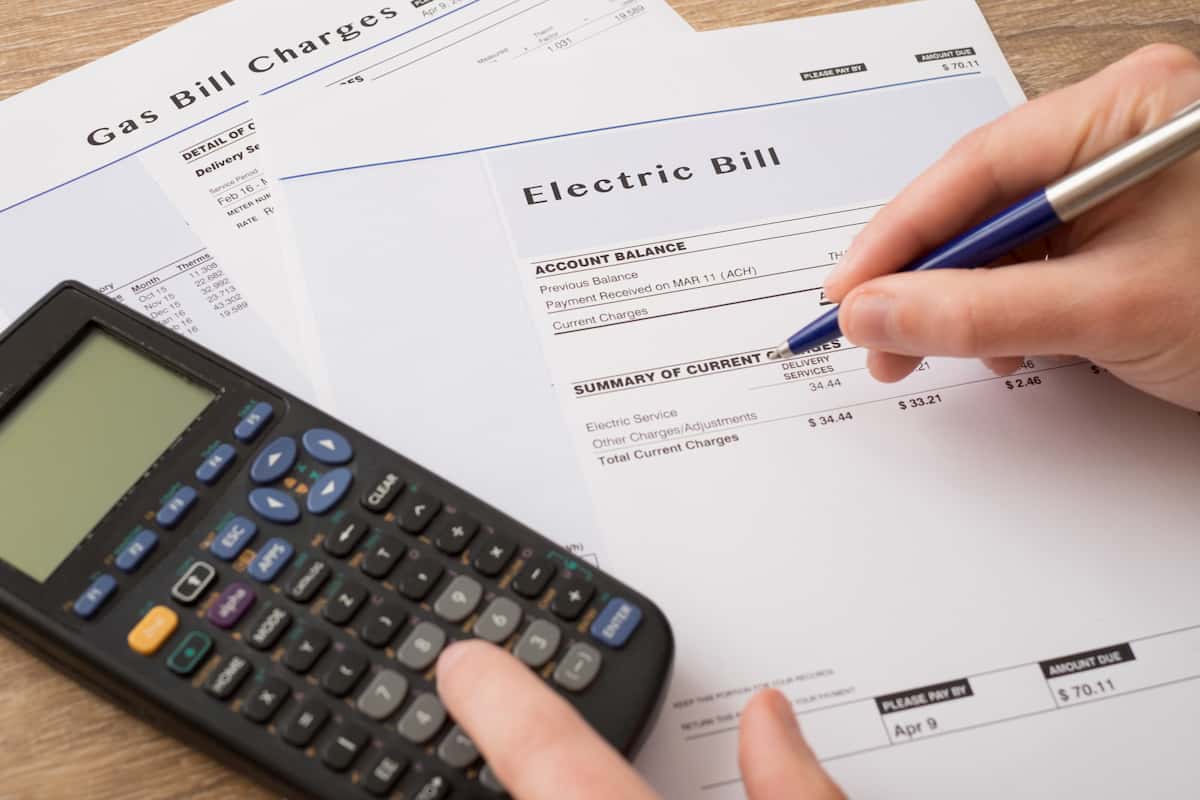 What Is the Average Electric Bill? A Detailed Guide

Are you paying well over $100 to settle up your electric bill every month? If so, you might be using way more electricity than the average household.

Studies have shown that the average electric bill is right around $110 these days. It works out to be about 13 cents for every kilowatt-hour used in a home.

That being said, you shouldn’t feel too bad if your own average monthly electricity bill is a lot higher than $110. There are actually a whole host of factors that could make your electric bill higher than the average power bill.

It would be a good idea for you to learn about some of these factors so that you have a better understanding of why you’re paying as much as you are for electricity. Check out a few of the factors that can have a big impact on a household’s average electric bill below.

The Location of Your Home

One of the things that’s going to affect the size of your home’s electric bill every month the most is the location of your house. Not everyone realizes this, but the electricity rates offered to people vary from one state to the next.

If you feel as though your electric bill is higher than the average electric bill, you should see if your location has anything to do with it. You might be paying more than you would expect for electricity simply because of where you live.

The Size of Your Home

The average size of a new single-family American home is just a shade over 2,500 square feet. American homes have grown exponentially over the years and are now among the largest homes in the entire world.

The size of your home is another thing that’s going to play a big role in the price that you have to pay for electricity every month. If you have a very large home with tons of bedrooms in it, it’s obviously going to cost you more to keep the lights on in it than it would if you were to live in a much smaller home.

This is actually something that people should keep in the back of their minds when they go to purchase a home. Even if you can afford to buy a big house, you might not always be able to afford everything that comes along with it, like high electric bills.

It would be smart for you to try and gauge what your average electric bill is going to be while living in a large home. It’ll help you figure out whether or not you’re going to be able to pay your electric bill every month once you move in.

The Number of People Living in Your Home

This isn’t necessarily the best thing for the future of the country. But it is a positive thing for those people who live in smaller households without many people living under their roofs. These people are often able to save money on electricity every month because of their living arrangements.

And it makes perfect sense. If you have fewer people living in your home, you’re obviously going to have fewer people turning on lights, watching TVs, working on computers, and doing other things that will run up your electric bill.

The Time of the Year

As we mentioned earlier, the electricity rates throughout the country vary from one state to the next. You might pay a whole lot more for electricity if you live in one specific state as opposed to the state that sits right next to it.

You might also pay different rates for electricity at different times of the year based on your location. If, for example, you live in a part of the country where it gets very warm in the summer, you could see your electricity rates skyrocket from June to August since there will be a big demand for electricity in your area.

Those who live in these types of areas should plan ahead and be prepared for the fact that they’re going to get electric bills in the summer that are much higher than their average electric bill. It’ll prevent you from experiencing sticker shock when you open up your electric bill during the dog days of summer and see how much your bill has spiked.

Over time, you should be able to get a much better feel for the ebbs and flows that you’ll go through when it comes to your electric bill. It’ll be higher at certain times of the year than others, which is something you’ll need to plan for in a financial sense.

The Approach You Take to Managing Energy Consumption

Are you someone who puts in next to no effort as far as conserving energy use in your home is concerned? If so, then you shouldn’t be all that surprised to see that your electric bill is higher than the average electric bill. This comes with the territory when you’re not worried about your home’s energy consumption.

If, on the other hand, you’re someone who goes out of your way to manage your home’s energy consumption and cut back on it, you should see your electric bills come down over time. You might even be able to get your electric bill below the average electric bill with a little bit of effort on your part.

How can you do this? There are so many ways to scale back on how much electricity your home uses every month. You might be able to do it by:

Each of these things will help you to use a little bit less electricity in your home every day. It won’t be long at all before you’re seeing positive results when you rip open your electric bill every month.

The Electric Supplier You Use

Once upon a time, American homeowners didn’t have much of a choice when it came to choosing their electric suppliers. There was usually only one supplier set up in each city or town across the country, which didn’t allow people to find the best electricity rates possible.

These days, that has all changed. Due to deregulation efforts made throughout the U.S., many cities and towns now offer people the chance to pick which electric supplier they use. This gives you the opportunity to find a supplier that offers great rates on electricity so that you’re able to bring your electric bill down.

If you’re not sure whether or not this an option for you, you should look into it right away. You could very well be passing up on the chance to pick your electric supplier right now and paying the price for not doing it.

Americans as a whole could probably bring the cost of the average electric bill down across the board by taking advantage of the fact that they can usually pick which electric supplier they want to use. You should see if it’s an option for you today and start saving money on electricity each month.

You might not ever be able to get your average electric bill down to the $110 mark. If you have a very large home or a home with a lot of people living in it, $110 might not be a realistic number for you.

But there’s a good chance that you could do something to reduce your electricity costs. Keep the things that you’ve learned here in mind as you set out to cut your electric bill down to size.

Interested in finding out about some more ways that you can save on your utility bills? Browse through the articles on our blog to get some great suggestions.

5 Big Benefits of Seeing a Chiropractor

WWeb Guide
Read More
Identity theft, lack of payments, and fraud are only some of the problems that come from getting involved…
WWeb Guide
Read More
Salesforce online training allows you to enhance your expertise in administration and platform developer 1 modules and this…