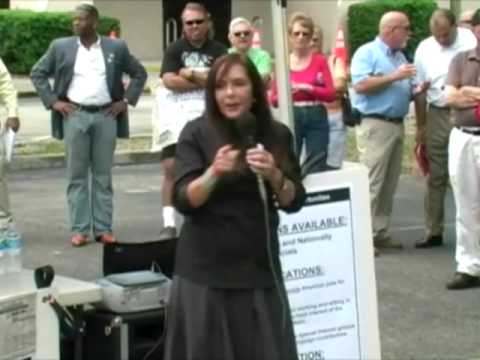 The Miami Herald‘s Naked Politics blog is reporting that Joyce Kaufman — the controversial talk radio host tapped by Rep.-elect Allen West, R-Fort Lauderdale, as his chief of staff — has just resigned. Our Luke Johnson reported on some of Kaufman’s extreme statements on Tuesday:
#

You can listen live to Kaufman’s show by clicking here. The show has concluded. #

“We’re right where we’re supposed to be,” Kaufman says, defending her record and citing West’s win as a triumph despite her resignation. She calls critics a “vicious, vile machine that would like to lynch this great African-American hero.” #

PPolitics
When Gov.-elect Rick Scott said during his run for governor that he would save $1 billion in prison spending, everyone seemed to believe that he wanted to save that much every year. His transition team has recently set the record straight, saying it expects to achieve $1 billion in savings over seven years. So why didn't the Scott team push back against attacks on its proposal?
PPolitics
With plans for a federally funded high-speed rail line linking Tampa and Orlando on the fast track, some of the Tampa Bay area's most powerful political and business interests are pushing to secure funding for a connecting light rail system. But with local and state governments facing continued budget deficits across the board, those hopes rest on Hillsborough County citizens footing the bill. That means legions of taxpayers and anti-tax groups need convincing.