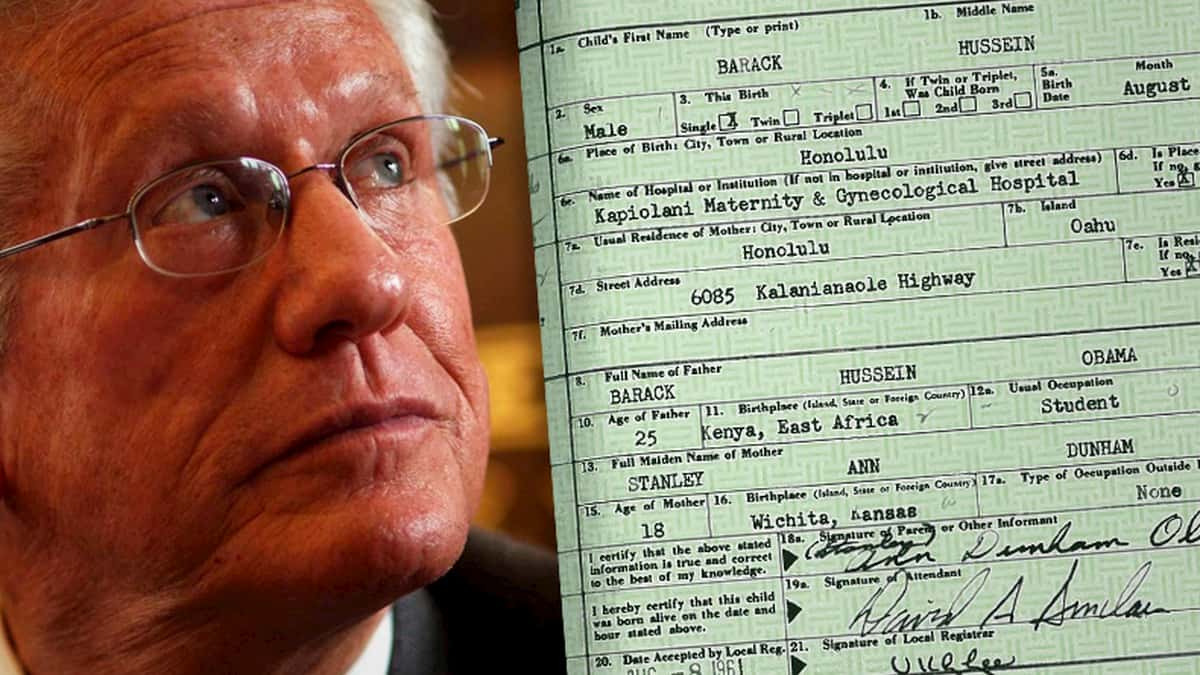 Late last month, during a town hall meeting in Belleview, an elder constituent told Stearns that he did not believe Obama was born in the U.S. and should therefore be impeached.

Rather than correct the man, Stearns wondered aloud whether the birth certificate released by the White House in April 2011 is, indeed, legitimate.

All I can tell you is that the general consensus is that he has produced a birth certificate. The question is, is it legitimate? That’s where we stand now. I’ve seen a copy of it on television. But you know the Governor of Hawaii couldn’t get what he felt was an original of the birth certificate. He tried to do it and gave up on it. So I think what Obama’s showing is a facsimile, but I think that debate probably is not enough, shall we say, just to impeach him. We’re going to have an election in five or six months so we can change the course of history by electing someone other than Obama. That’s what elections are all about. If we started impeachment this time of year, very difficult in terms of time and strength.

March has proved to be an interesting month for Stearns. Earlier this month, he was accused by a Republican challenger of bribing him to get out of the election. Thus far, there have been no confirmations of whether the FBI is investigating the matter or not.

Stearns has also drawn fire from women’s health advocates for launching a “politically motivated” investigation into Planned Parenthood. In September of last year, Stearns asked the president of Planned Parenthood, Cecile Richards, for the organization’s financial and policy records as part of his investigation. Stearns chairs a subcommittee on oversight and investigations in the U.S. House of Representatives.

Back in July, Stearns announced that he was considering an investigation into Planned Parenthood, after a report was released arguing that lawmakers should defund the chain of women’s health clinics. The report was written by Americans United for Life, an anti-abortion group. As The American Independent reported, Americans United called upon Congress to hold an investigation into Planned Parenthood’s finances and practices. While Planned Parenthood has called the report false and “ideologically driven,” Stearns ultimately capitulated to the group.

Much like taking an extreme position against Planned Parenthood, denying the legitimacy of President Obama’s birth certificate is also a popular stance to take when courting right-wing voters.

Read More
Project SOS — the Jacksonville abstinence education program whose founder has endorsed the work of Ugandan Pastor Martin Ssempa, a vocal proponent of legislation (.pdf) in that country that prescribes the death penalty for homosexuality — has received $1.5 million in funding through the Florida Department of Health since 2001, according to a department representative. That money is in addition to the $6.5 million awarded Project SOS from the federal government since 2002.
OOldPolitics
State Sen. Arthenia Joyner, D-Tampa, has filed legislation repealing a new law requiring all welfare applicants to first pass a drug test.