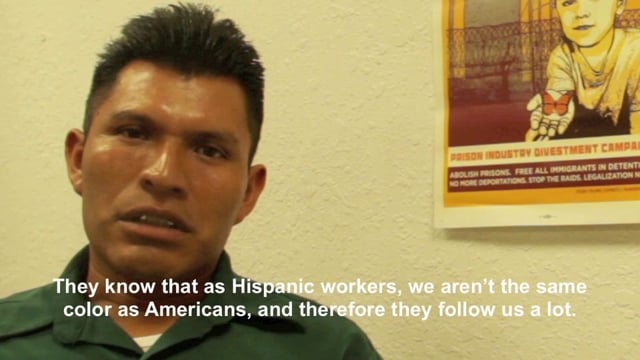 Homestead residents and immigrant advocates will deliver a petition with 2,000 signatures Thursday to Miami-Dade County Police Department headquarters, calling on the department to stop its practice of stopping Latino drivers based on their racial profile.
54
Shares
54
0
0
0

Homestead residents and immigrant advocates will deliver a petition with 2,000 signatures Thursday to Miami-Dade County Police Department headquarters, “calling on the department to stop its practice of stopping Latino drivers based on their racial profile.”

A statement issued Wednesday by We Count!, a worker and immigrant advocacy organization in Homestead, says:

“Members of this community are tired of being targeted by Miami-Dade police officers,” said Jonathan Fried, executive director of WeCount!  “That’s why so many signed on to our petition despite their fear of the police.”

WeCount! is calling on the Director of the Miami-Dade Police Department, James K. Loftus, to take action to end racial profiling by his officers and to meet with community members in Homestead in an open forum.

Alvaro Zabaleta, a spokesperson for the Miami-Dade County Police Department, tells The Florida Independent he cannot comment on the issue.

“Our Department strives in keeping with our core values of integrity, respect, service, and fairness,” Zabaleta says, and “they will investigate” the issue.

According to Zabaleta, the Miami-Dade Police Department does not condone racial profiling, saying that for at least 10 years officers have been trained to not profile, but since their mission is to maintain security, officers can stop a vehicle based on suspicion: “They don’t need probable cause.”

Immigrant advocates from South Florida have denounced the fact that under the current immigration enforcement program Secure Communities, an arrest when no crime is involved can quickly turn into a deportation process, leaving U.S.-born children without a parent.

Jonathan Fried tells the Independent that the signatures collected by We Count! came from volunteers going door to door and passing petitions during community meetings.

“We’ve tried to show racial profiling objectively,” Fried says, “but in Miami-Dade County, basically you’re white or black, there’s no way of coding Latinos to show the disparity in the stops — that’s been one of the problems.”

A video about the campaign:

count: Campaign against Racial Profiling from We Count on Vimeo.

PPolitics
A bill allowing state agencies to randomly drug test their employees, which was unexpectedly resurrected in the Florida House last week, has the support of Gov. Rick Scott.
PPolitics
USF President Judy Genshaft has fired controversial University of South Florida Polytechnic Chancellor Marshall Goodman, according to a press release sent out around noon. Goodman had been mired in controversy over attempts to grant USF Polytechnic independence from the main USF campus — a debate that had drawn lawmakers from both sides of the issue.