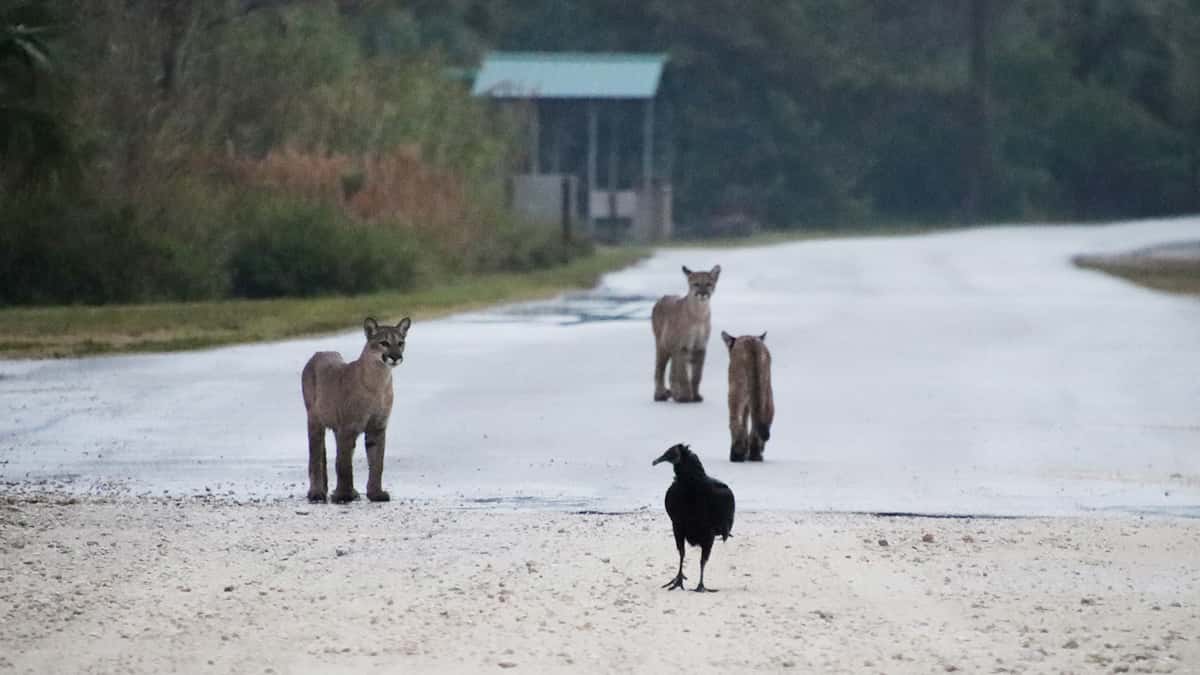 Florida, like pretty much any other state in the United States, is no stranger to wild animals making their way into the home. Naturally, for many homeowners, this is a nightmare come true since unexpected wildlife visitors are notorious carriers of a wide range of serious diseases.

And that’s not to mention the mess they leave behind! Depending on the type of animal, your unexpected wildlife visitors can cause severe structural damage to the home, and end up costing you thousands in repairs!

So that’s why we’re writing this article for our Florida friends – so that you get an idea of what unexpected wildlife visitors are most likely to bother your Florida home.

A really common unexpected wildlife visitor to most Florida homes, bats are actually protected by law, as they are deemed helpful for the environment. This means that if you encounter a colony of bats living on your property, you shouldn’t try to remove them yourself and, depending on the situation, may even be forced to live with them for a time.

Bats are one wild visitor where it’s imperative that you call a wildlife removal company like A+ Animal Solutions, as soon as possible, as they’ll know what to do.

Another unexpected wildlife visitor that’s really common in Florida is the snake, much to the horror of local homeowners. Snakes are among the trickiest home invaders, as it’s quite difficult to know whether you’re dealing with a venomous or non-venomous one. The state of Florida is home to several venomous species, among which are the Eastern Diamondback Rattler and the Timber RattleSnake.

Once again, if you’ve got a snake living on your property, the best thing you can do is call a wildlife removal professional and keep your distance. Remember that even the bite of a non-venomous snake can be quite painful and transmit serious diseases.

Feral hogs are known to breed year-round in the state of Florida, so really, there’s no particular time of the year when you can hope to be safe from them. Furthermore, a single litter can hold up to as many as 12 piglets that grow rapidly in size and can do quite some damage to your property.

Feral hogs can plow your yard and ruin your garden, not to mention cause damage to the structure of your home.

Bobcats are known to be particularly clever, wily animals that will stalk their prey for quite some time before making their move. Since the diet of bobcats consists mainly of smaller mammals, it’s quite likely they’ll arrive at your property while chasing another smaller wild animal like a squirrel, raccoon, rodent, and so on.

Alternatively, bobcats might pose a threat to your pet cat, and may even try to hunt some smaller species of dog. A bobcat can cause some serious issues whilst on your property, which is why you’ll want to have it removed as quickly as possible, to ensure the safety of your pets and your little ones.

Gophers are unexpected wildlife visitors, since they spend the large majority of their time underneath the earth, digging tunnels. They’re a very particular wild animal that can cause major damage to your yard or garden, so you need to get them removed as promptly as possible. If you’re not sure what you’re dealing with, look for the little mounds that usually betray the presence of an underground tunnel in your backyard.

With gophers, you can attempt setting up a live trap in one of the tunnels yourself, or alternatively, have a wildlife removal professional take care of the situation for you.

Does Delta 8 Have THC?

Take Your Event to the Next Level: 6 Tips for Hiring the Top Promotional Models

WWeb Guide
Read More
Table of Contents Components of an Emotional Support System1. Emotional2. Instrumental3. InformationalWhere to Look to Start BuildingProfessionalsCommunitiesOnline NetworksStronger…
WWeb Guide
Read More
Do you believe your guardian angel is trying to tell you something through numbers? Then read on to learn to find out your angel number here.