Unemployment extension update: Where are we now?

The battle continues behind the scenes in Congress as the Democratic leadership tries to pass another extension of unemployment benefits, with or without
0
Shares
0
0
0
0

The battle continues behind the scenes in Congress as the Democratic leadership tries to pass another extension of unemployment benefits, with or without various other provisions in a larger package of tax reforms and boosts to funding for states facing economic and fiscal disaster.

One day after declaring that the unemployment extension should and would remain as part of the larger jobs bill (aka the extenders bill), Sen. Debbie Stabenow shifted strategies and introduced a new bill for that one issue on its own. But will that bill get to the floor for a vote? Maybe not.

Sen. Reid has previously expressed that he prefers to keep the unemployment benefits extension provisions of the bill included in the broader “American Jobs and Closing Tax Loopholes Act of 2010″ or “Extenders” bill and intends to set it aside and move onto other business for the next few weeks in order to pressure Republicans to vote for the entire package of provisions when he returns to it.

So, while Sen. Stabenow’s standalone unemployment extension bill could be entertained by the Senate soon, it will be up to Reid whether he chooses to bring it up for consideration and when he wants to do so.

The real question is whether either of those bills can be passed without complying with pay-as-you-go rules and being offset by cuts elsewhere or revenue increases, as the Republicans are demanding. House Speaker Nancy Pelosi suggested last week that the Democrats may have to give in on that issue and take the money from another program or identify cuts or tax increases to pay for it, but so far no language has been introduced to do so.

Failure to pass the bill will not only harm those who face the loss of their unemployment benefits — 1.2 million Americans will do so on Thursday — but may increase the numbers of the unemployed as well. As The Hill notes, unemployment benefits provide nearly $7 billion a month in spending. Every dollar given in unemployment compensation is worth $1.90 in economic stimulus, according to the CBO.

OOldPolitics
State Rep. Elaine Schwartz, D-Hollywood, today expressed frustration with what she has called the Florida state legislature’s “war against women. During a House committee's passage of legislation for a state constitutional amendment banning public funding for abortions, Schwartz accused House Republicans of introducing the bill for political purposes.
OOldPolitics 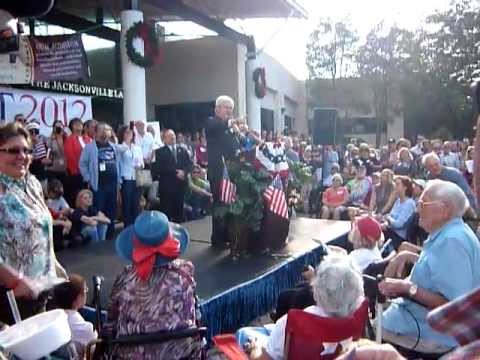 Read More
Occupy Orlando today launched an effort to end corporate personhood. According to a press release, Occupy Orlando today visited the office of state Sen. Gary Siplin, D-Orlando, to present a formal letter asking for his support to amend our Constitution to firmly establish that money is not speech, and that human beings, not corporations, are persons entitled to constitutional rights.