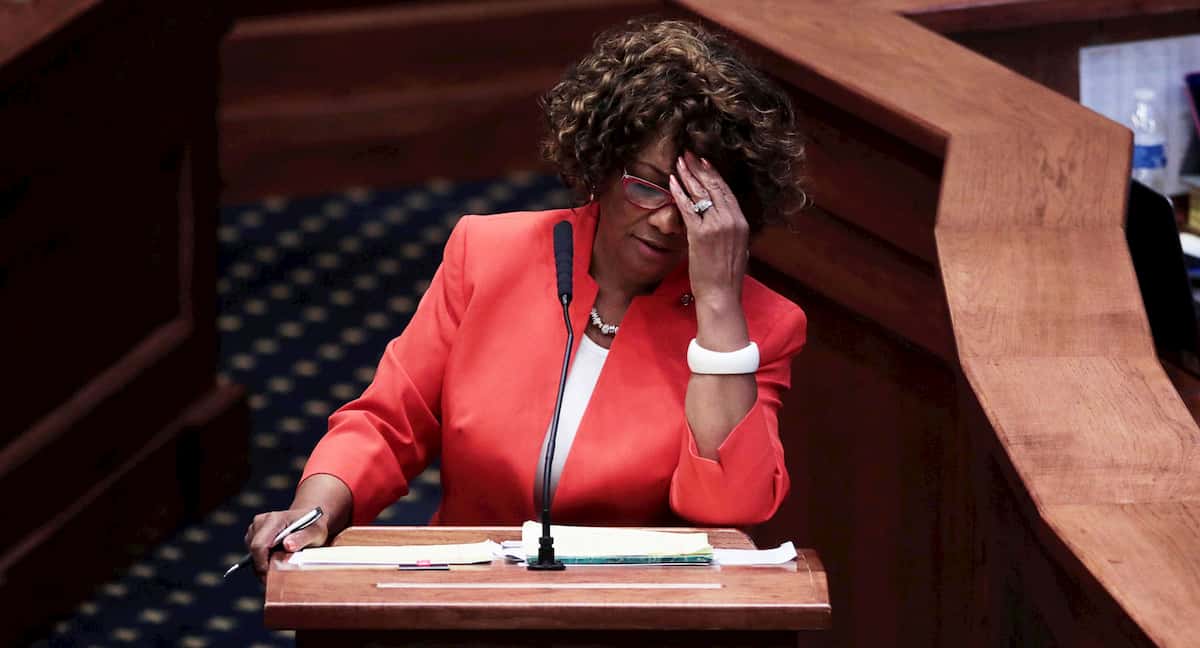 Three abortion bills to be taken up in state Legislature tomorrow

Last August, Baxley, a former executive director of the Christian Coalition of Florida, was named the chair of the House Health and Human Services Access Subcommittee, one of the committees that frequently considers anti-abortion legislation.

One of the bill’s set to be heard tomorrow is state Rep. Daniel Davis’ “fetal pain” bill, which would outlaw abortions after 20 weeks.

Similar bills, which all have been found to be “neither scientifically nor constitutionally sound” by researchers, have made their way through state legislatures around the country in the past few years. During its most recent legislative session, Florida was among a handful of states that considered the legislation. Even though Florida did not enact House Bill 321, Idaho, Oklahoma, Nebraska, Kansas and Indiana all passed similar bills.

The laws go against current law protecting a woman’s right to have an abortion up to 22-24 weeks, at least. They also do not find much support in the scientific community. The most recent study on this issue, published in Current Biology, found that a fetus does not feel pain until 35 to 37 weeks of gestation.

Also on the calendar for tomorrow is a controversial bill that would outlaw race- and sex-based abortions. The bill, the “Susan B. Anthony and Frederick Douglass Prenatal Nondiscrimination and Equal Opportunity for Life Act,” would make it a crime to have an abortion “that it is sought based on sex or race of child or race of parent of that child.”

Because it is difficult to prove that a woman is seeking an abortion because of the sex or race of her baby, a woman would have to explicitly say that is her motivation for this law to apply. The bill’s sponsor, state Rep. Scott Plakon, R-Longwood, has conceded that the law would be difficult to enforce.

“If she volunteers that information,” Plakon says, “it would put the burden on the abortionist to not provide the abortion.”

Reproductive justice advocates have called measures similar to this bill a “blatant attempt for southern Republicans to look like they are champions of racial justice,” while they actually attacking women’s rights.

The House health committee will also debate a bill that women’s health advocates are calling an “omnibus anti-choice bill” — because it contains several measures that would present barriers to legal abortion in the state.

The bill contains measures that restrict “the circumstances in which an abortion may be performed in the third trimester or after viability,” and pushes a handful of anti-abortion measures that did not make it through last session. It also sets TRAP (i.e. “Targeted Regulation of Abortion Providers”) laws that would make it difficult for a provider to set up a women’s health clinic or move their current clinic.

The bill’s third trimester abortion restrictions only provide an exception if it is “necessary to prevent the death of the pregnant woman or the substantial and irreversible impairment of a major bodily function.” However, the bill’s sponsor removed language that provided an exception to “save the life or preserve the health of the pregnant woman.”

So far, about nine anti-reproductive rights bills have been introduced in the state Legislature.

PPolitics
Add one more item to the already long list of alleged reasons for abortions: socialism.
PPolitics
A right-wing convention scheduled to take place in Tampa in March bears an ambitious title, and an equally ambitious goal: Save America.