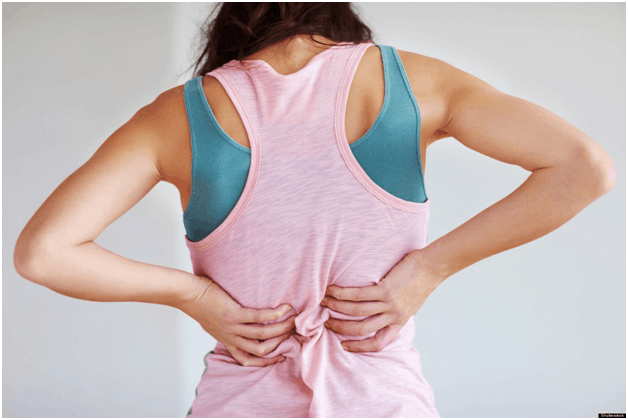 3 Things You’re Doing That May Harm Your Back

Back pain strikes just about everyone at some point in their lives, and its causes aren’t always easy to diagnose. I, myself, am constantly experiencing small back pains even when I am diligently observing my posture. After much reading over the internet, I found out that there are little things that we all do that can contribute to back pains that’s beyond just our posture – a wrong exercise regimen, unhealthy food, and even clothing.

More often than not, these factors are related to my exercise regimen. Which is why whenever I go to the gym, I always tend to wonder why I continue to get those unsolicited back pains. Luckily, we now have researches, studies, and user experiences that show what activities we do that contribute to our unhealthy back. Here are some of the things people might be doing that may harm their back – and what to do to effectively address them:

High-impact Exercises? Replace them with Swimming

High impact exercises can take its toll on anyone. During high impact workouts, both feet leave the ground at the same time, as is the case during running, hopping, jumping rope, skipping, jumping jacks, plyometrics, step aerobics (if you jump on or off the step or run around the room), and even cardio dancing that involves leaping.

Try to go back to high school and be reminded of Newton’s Law: For every action (force applied by one body to a second), there is an equal and opposite reaction (the second applies an equal force on the first but in the opposite direction). This means that your body must absorb the impact forces during high-impact moves.

The force on your body while running (high impact) can be more than twice that of walking (low impact). A 150-pound person who runs would land on one foot with about 300 foot pounds of pressure on the ankle, knee and hip joints. This can result in muscle overuse and stress injuries, especially those who have higher masses and go at faster speeds.

Injuries because of this generally include the back – especially the lower back – because it’s part of the core. Surely, exercises like these are good for strengthening other body parts and even the back itself. However, that’s only true when you’re doing every movement properly. Since not everyone is a fitness expert, the tendency to make mistakes is very high.

Now, this is where swimming comes into play.

Running is a high-impact activity that can cause muscle strain, inflammation and other injuries. While there remains some debate of whether running leads to joint problems, its impact does leave runners susceptible to a myriad of problems.

Swimming, on the other hand, is considered a low-impact sport that can provide the same – or even more – amount of calories burned per minute of exercise.

From head to toe, swimming engages your entire body. Each competitive stroke engages different muscle groups so you could torch more calories. As a matter of fact, the butterfly stroke is considered the most taxing (in terms of calories burned) movement among all sports. According to studies, the calorie torching potential of swimming ranges from 649 calories for a 130-pound person to 1,024 calories for a 205-pound person.

Some studies reveal that swimming can also contribute to the rehabilitation of back injuries instead of surgeries. For back injuries, swimming is particularly useful because swimming is not weight bearing. The water mostly supports you, and you swim close to horizontal, releasing most of the pressure associated with exercises where you need to stand. Now that pressure is not completely eliminated, the back still remains engaged while you swim. Playing around with strokes can help alleviate some of this pressure further.

In addition, backstroke swimming is likely one of the best strokes for back injuries as you lay in the water in the supine position, allowing the water to support your back, in contrast to the other swimming strokes which renders you in prone position.

In the outside world, I use designer trench coats because I want to look good while also protecting myself from the rain – surely I  won’t sacrifice being uncomfortably warm just to be fabulous. My clothing deals with the weather and conditions of where I’m at and the aesthetics are just the bonus.

That’s the same concept that should be applied when it comes to working out, especially during the days that requires you to use a lot of your lower back. It’s just a matter of matching what you wear with what you want to do.

Normally, weightlifting belts are a turn off in terms of fashion. Then again, that is only because it was totally designed to protect our back during squats, deadlifts, and other compound exercises that include the back muscles. Its purpose greatly outweighs its fashion integrity.

Considering weightlifting belts’ function, studies confirmed that wearing them during weightlifting activities has increased intra-abdominal pressure by up to 40 percent, while one study reported that compression of the intervertebral discs has been reduced by 50 percent.

Leg Raises and Crunches? Go for Reverse Curl-ups and Planking

Targeting the abdominals by lying on your back and slowly raising and lowering your straightened legs is one of the worst spine-stressing exercises that you could do. Instead, do reverse curl-ups put far less torque on the back without sacrificing any of its belly-tightening benefits.

Reverse curl-ups are also easier to do: Lie on your back with your legs bent, feet flat on the floor. Place your palms face down on the floor for support. Tighten your abs to lift your hips off the floor, driving your feet toward the ceiling. Pause at the top for a moment before returning to the starting position. Be sure to curl your hips up far enough off the floor during the exercise. Also, keep your palms on the ground for a more stable base of support. Finally, avoid bending your knees excessively. Instead, maintain a soft bend in the knees.

Conversely, planks are a safer way to tone your belly and strengthen core muscles than crunches, which require a forward rounding of the spine. Planks are especially good if you have osteoporosis. It’s safer to work the spine with the torso aligned in a plank position, or with the spine stabilized on the floor.

To perform planks, you should have a timer with you. Start doing planks by getting into a press up position. Bend your elbows and rest your weight onto your forearms, not on your hands.

Your body should form a straight line from shoulders to ankles. Engage your core by sucking your belly button into your spine, and hold this position for the prescribed time. The prescribed time is at least 60 seconds; that a one-minute plank may just be the longest one-minute of your life.

Spring is here and this is — at least in Florida where I reside — one of the last cold fronts of the season....