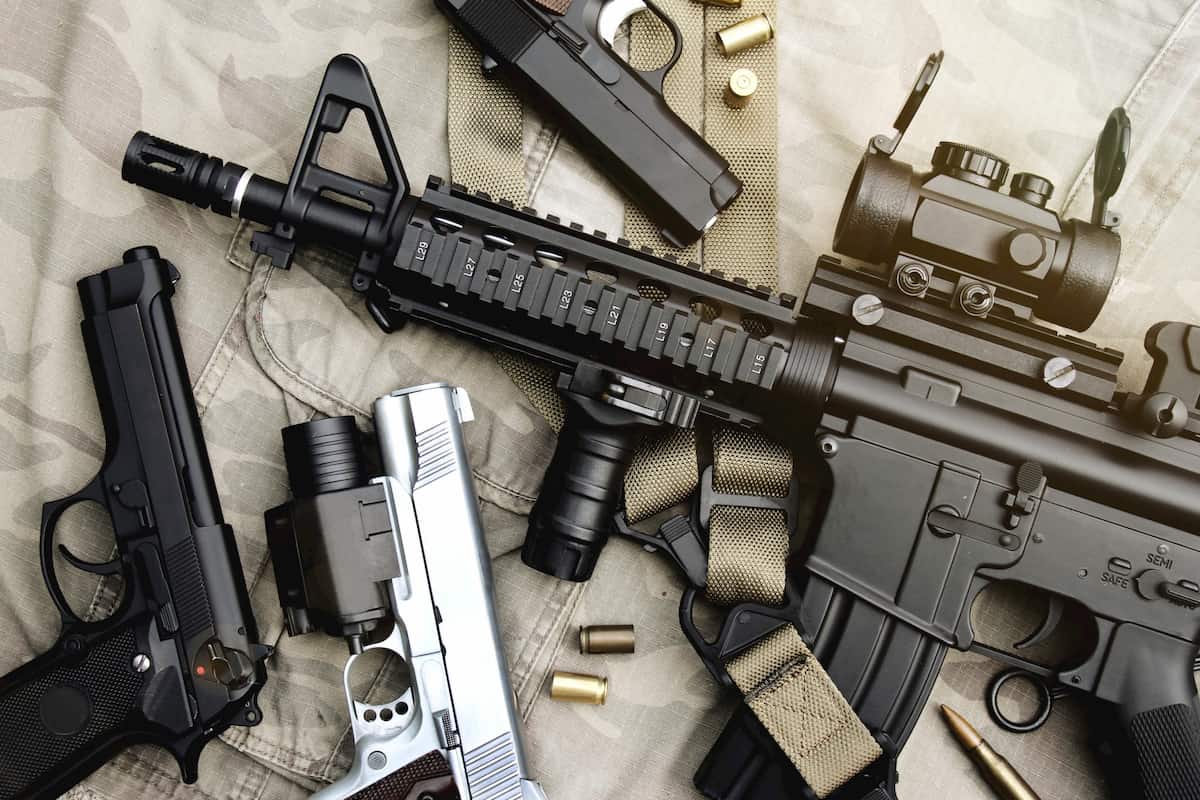 5 Things You Didn’t Know About AR-15s

The most common brands of gun purchased by Americans. What does AR in AR 15 stand for? Here are 5 amazing AR 15 meaning that you’ve never heard about!
1
Shares
1
0
0
0

There’s no doubt that the AR 15 is America’s most iconic and well-loved rifle. Many devotees see it as a symbol of freedom. What does AR in AR 15 stand for?

It’s been sold to the public since 1960, with about 16 million owned by civilians by 2018. About one out every five firearms purchased in the U.S. is an AR-15, making it arguably the most popular sporting rifle in the country.

However, despite its popularity, misconceptions about this modern sporting rifle (MSR) still abound. A lot of the misunderstandings about this weapon is due to its similarity to its cousin, the M16.

To set things straight AR 15 meaning, here are five AR 15 facts you may not know about what does the AR stand for in AR-15.

Keep reading and get gun range safety tips from here.

Contrary to popular belief, AR doesn’t stand for ‘assault rifle.’ Nor does it mean ‘automatic rifle.’

AR actually stands for ‘ArmaLite Rifle.’ Armalite is the company that developed this rifle in the 1950s. It was designated as Armalite rifle model 15 or AR-15.

In 1959, due to financial problems and lack of resources for production, the company Armalite sold the design and trademark of the AR 15 to Colt. Colt started selling their version in 1963 but the AR designation stayed.

Do you know how to build your own gun? Keep reading to know about this topic.

While ‘AR-15’ is still a registered trademark of Colt, the AR-15 today denotes a general style of rifle. Like the 1911 pistol, the AR-15 isn’t a specific model from a specific manufacturer.

Some of the brands that produce this rifle include Smith & Wesson, Sig Sauer, and of course, Colt and Armalite.

3. It Was Never an Assault Rifle

Much of the controversy surrounding the AR-15 is because of being wrongfully labeled as an assault rifle. Part of it is because of the ‘AR’ in its name and another is because of how it looks almost identical to the fully-automatic M16.

However, the AR-15 has never been an assault-type rifle. Let’s look at some assault rifle facts to differentiate between the two.

Assault rifles can switch between semi-auto and fully-automatic mode. Examples are the M16, M4, and AK-47. Like machine guns, these firearms have been severely restricted from ownership by civilians since 1934.

The AR-15 is only capable of semi-automatic fire. This means that only one round can be fired off with every trigger pull. This is the reason why you can legally own this rifle for home defense or sporting activities.

On the outside, only seasoned gun enthusiasts can distinguish between the AR-15 and the M16. The M16 is a military rifle that was adapted from the AR-15 which is why they look the same.

However, on the inside, they’re very different.

The parts are specific for each rifle. These include the hammer, trigger, bolt carrier, lower receiver, and the disconnector. This is to prevent easy conversion to full-auto.

There are many reasons why the AR-15 is a top choice firearm for civilians. It’s lightweight and accurate even without modifications. It has low recoil which makes it very beginner-friendly.

Cleaning and maintenance are simple and straightforward. Also, it’s easy to customize with after-market accessories such as AR 15 sights, suppressors, grips, and others.

Hopefully, these AR 15 facts have dispelled some of the common misconceptions about this rifle. It’s a great firearm for home-defense, sports, and they’re also a delight to shoot!

For more life hacks articles, go ahead and check out our website.

Tips for Cleaning Those Carpet Stains That Just Won't Fade

How to Throw a 50th Wedding Anniversary Party Online