7 Things to Know About Hit-and-Runs

According to the AAA Foundation for Traffic Safety, hit-and-run crashes occur every minute in the U.S., with an average of 682,000 occurring every year.

In these situations, hit-and-runs driver is liable for the damages they cause, but the caveat is that you have to identify and find the driver before they can be held responsible for damages. If the police can’t find the driver, you might be able to file an uninsured motorist claim with your own insurer.

You could also file a claim for compensation for property damage under your collision coverage, but you’ll have to prove that a hit-and-run driver caused your accident.

Below are some facts to know about hit-and-runs 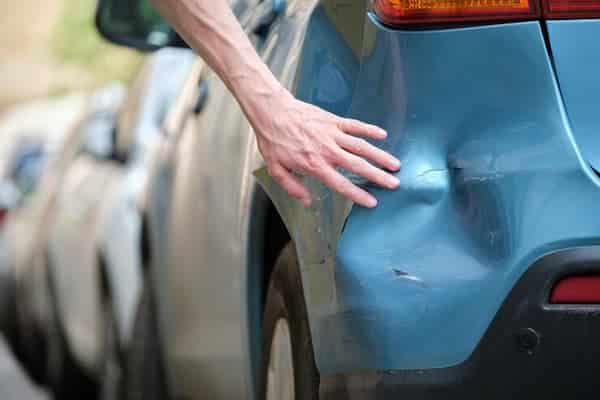 With such significant legal ramifications from leaving the scene of an accident, you may wonder why anyone would do it.

The causes of the accident itself are often similar to other causes of car accidents. For example, speeding, human error, distracted driving, and not following traffic rules increase the risk of being part of an accident.

The reasons that a driver then leaves the scene of an accident can include that they’re driving without a license or they don’t have car insurance. They could be driving under the influence of substances, have outstanding warrants, or may not even realize they caused an accident.

There are two general types of hit-and-run accidents. The first is one where there is indeed an accident, but no one is injured.

That doesn’t mean that there aren’t still serious consequences, but they’re usually going to be less severe than if there were an injury or death.

In some states, the law will separate non-injury hit-and-run accidents into different categories based on whether an attended vehicle or unattended vehicle was hit or if there’s property damage only. For example, maybe someone hits a fence and leaves the scene of an accident—this might be a scenario with the least strict legal penalties.

The more severe scenario with hit-and-run accidents is one that’s injury related.

Law enforcement will investigate these accidents where someone leaves the scene much more seriously than if there’s just property damage. These accidents might be grouped based on whether there was a minor injury versus a serious injury or death.

When you’re in an accident, the law usually requires that you stop, provide information to the other driver, and if they’re injured, you should give reasonable assistance to them.

If there’s a serious injury or death and someone leaves the scene, they could face significant jail time and a revocation of their license for an extended period. Even if someone isn’t at fault for an accident, but they leave the scene, and there are injuries, it could still be a felony.

4. What Happens If Someone Gets Caught After a Hit-and-Run? 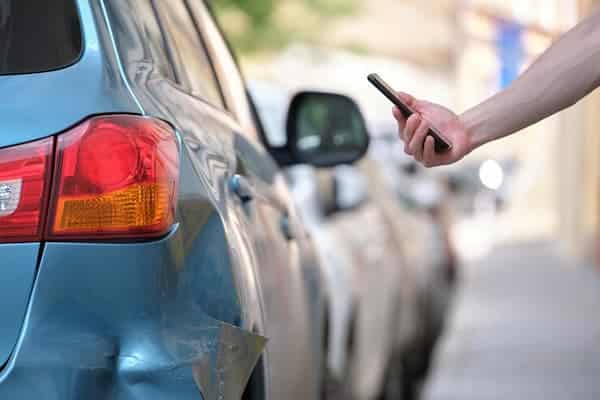 The penalties for a hit-and-run depend on the damages or injuries that occurred because of the accident. If there’s just property damage, the charges could be a misdemeanor. That might then mean a conviction on your record and a license suspension. If someone leaves an accident scene with injuries or death, prison time is the likely penalty.

When there’s a hit-and-run, police will try to figure out who did it through the use of surveillance cameras, cell phone tower information, and by tracking down witnesses.

Sometimes police can track down individuals who left the scene if the other driver could get their license plate number.

If you’re the victim of a hit-and-run, the first thing you should do is ensure you’re safe and check on any passengers. Call 911 first and foremost, especially if someone is hurt.

If your vehicle is in a dangerous location and you can safely move it, do so.

Once you are safe, then start to write down everything you can remember about the other car. Try to remember the make and model, vehicle color, its license plate number, the direction of travel, and a description of the driver.

If there’s a nearby witness, see if they’ll give a statement to the police and get their contact information.

Don’t wait to contact the police department, even if there aren’t injuries. The officer who reports to the scene will make an accident report, and you should ask for a copy.

Once the police finish their report, you want to contact your insurer so you can file a claim. Try to file a claim on the same day as the accident if you can, so you retain memory of the details of the accident.

6. Insurance Considerations After a Hit-and-Run

Your insurance policy might pay if you’re the victim of a hit-and-run as long as you have the right type of coverage, but the available coverage depends on your state. The way your insurer handles hit-and-runs can vary depending on the company too.

In the majority of states, you’re required to have liability insurance for damages that you cause to other people. If someone hits your car and then leaves the scene, you might be on the hook for the damages you incurred. If you have collision coverage or medical payments coverage, it’ll be a big relief for you if you’re the victim of a hit-and-run.

Collision coverage would pay for the damage your car sustains, and medical payments coverage, also known as MedPay, would cover your medical bills following your accident.

If you have uninsured motorist property damage coverage, your insurance company might cover the cost of your repairs

7. What To Do If You Hit Someone or Something

Finally, if you’re in an accident and you’ve hit someone or something, you should safely pull over, assess the damage, and take photos of the damage. You should write down where the accident happened and if you hit a car, its license plate number, and make and model.

If you hit an object, try to locate the owner. If you can’t find them, leave a note with your contact information, and file an accident report with your local authorities and your insurance agent to reduce the risk of any legal issues.

How to Stop Worrying About Money