The Potential Benefits Of Cannabis For Your Health And Well-Being

Cannabis is a controversial subject. While public opinion has somewhat shifted over the recent years, and people have begun noticing its positive aspects rather than focusing on negative stereotypes, unfavourable connotations still exist. Unfortunately, this means that many individuals are largely misinformed when it comes to the cannabis plant and are largely unaware of the many advantages it can have for human health.

Historically, the plant has been consumed for centuries as ancient peoples recognised its potential. However, there’s still a lot that modern science doesn’t understand about cannabis, and further research is required to unveil all of its mysteries. That doesn’t mean that current research has made no progress, and there are many health benefits of the cannabis plant that we are aware of. Indeed, CBD has been approved by health authorities for the treatment of some severe forms of epilepsy. With further research, it is likely that cannabis can show promising results in the treatment of other illnesses. Beyond that, cannabis can improve focus, reduce anxiety and stress levels, help manage pain, and boost mental well-being. As the legalization of cannabis increases across the U.S., cannabis flowers can provide safe access to all the benefits they possess.

Here are some of the benefits of consuming cannabis that you should be aware of, particularly if you’re struggling with a chronic health condition. 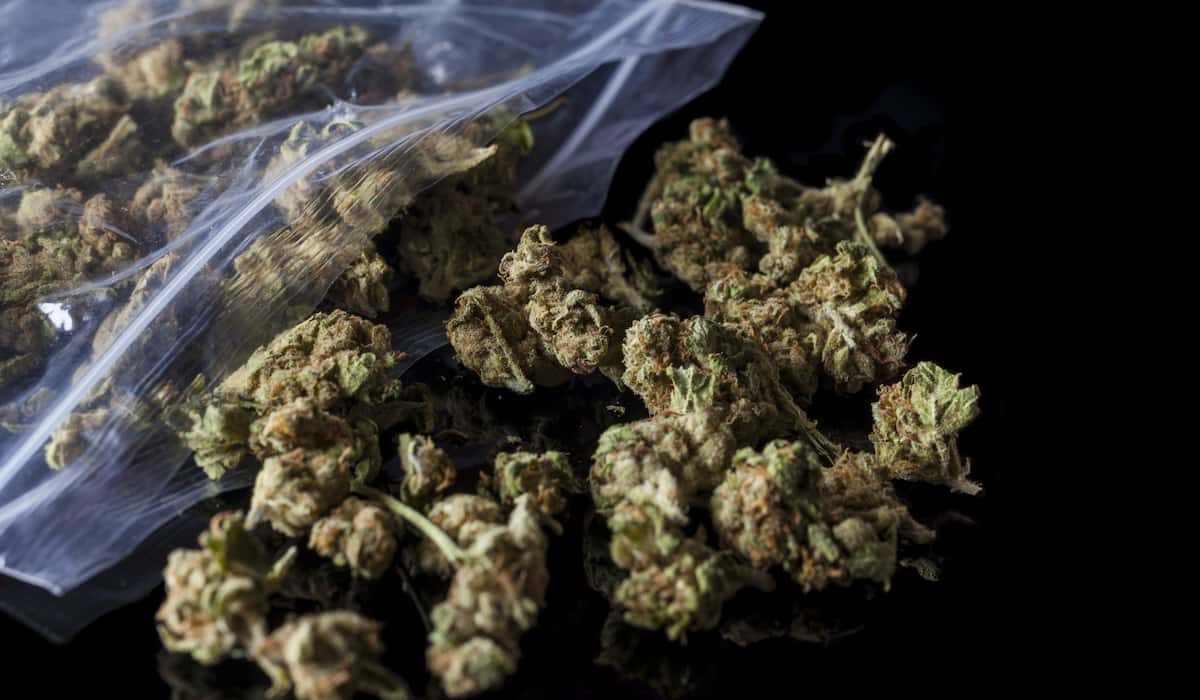 Scientific studies have proven that CBD positively affects blood pressure, lowering it to normal levels. Older adults with hypertension showed the most positive response to treatment. The study included treating the patients with cannabis over a three-month period. Researchers observed a 24-hour reduction in systolic and diastolic pressure values throughout the study.

Chronic inflammation is a known factor in the appearance of serious illness. Prolonged periods of inflammation, lasting anywhere from months to years, impact the body’s activity to repair and overcome the damage, causing cellular impairment to pile up and cause chronic illnesses.

Cannabis has the potential to reduce inflammation, combating its adverse effects and ensuring better long-term health prospects. You can consume cannabis in different ways. If you want to grow your plants, choose autoflowering seeds. This type of cannabis plant switches from vegetative to flowering without the need for changes in lighting, making it the ideal choice for beginner collectors.

Seeds cannabis come in a wide variety, and there are many categories you can choose from. Choosing a seller that distributes seeds from reputable banks all over the world ensures that you can have access to a wide variety of products and are more likely to discover something that suits your tastes.

Alcohol and substance abuse are serious problems that can take their toll on an individual’s physical and mental state. Recovery is often difficult, and the risk of relapse is a cause for concern throughout the process. While the risk is different depending on the length of dependency and the patient’s environment and medical history, if a form of treatment is likely to reduce the incidence of relapsing, physicians are likely to add it to the treatment course.

Cannabis has been shown to have such an effect. This is due to CBD’s helpful effect in reducing stress-induced cravings and anxiety, often associated with withdrawal symptoms and one of the primary motivators behind reusing. A diminished ability for impulse control is also a problem, and cannabis can also have a therapeutic value in this regard, helping curb hyperactivity and impulsivity. 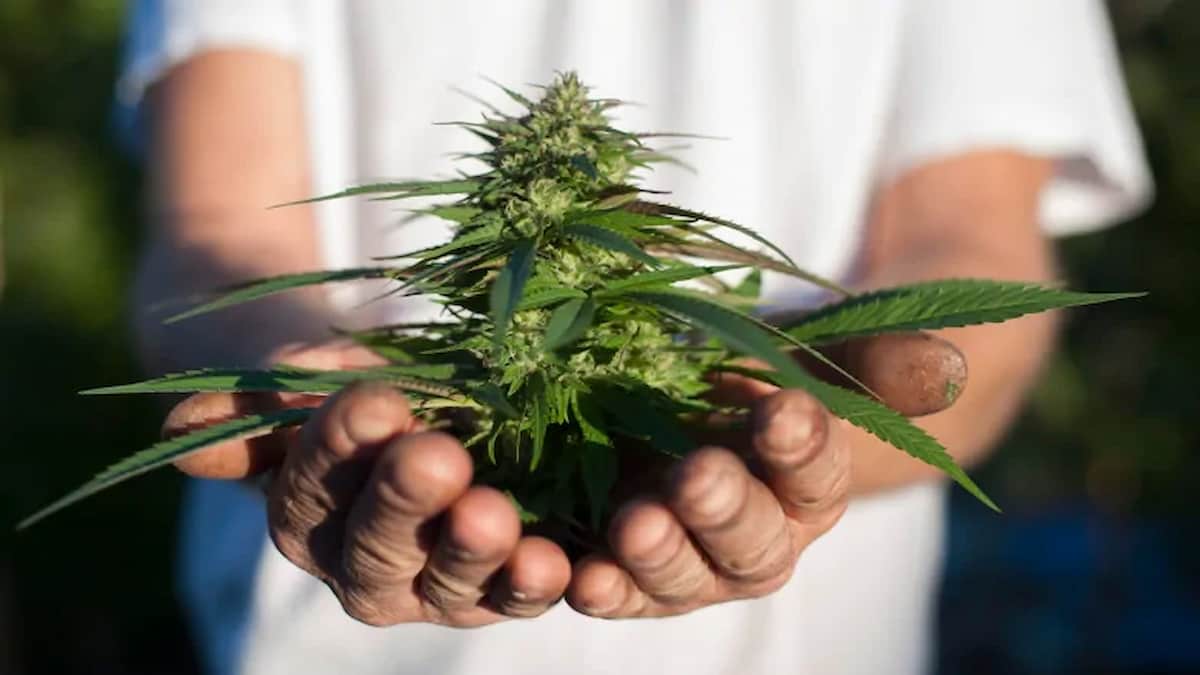 Gastrointestinal troubles often cause a lot of disturbance in a patient’s life. The symptoms can be rather unpleasant and affect overall quality of life. Some research has shown that CBD can be used as part of an effective treatment scheme that can reduce the severity of symptoms in patients that have received their diagnosis and help prevent the emergence of GI disorders in susceptible populations.

Irritable bowel syndrome, Inflammatory bowel disease, Ulcerative colitis and Crohn’s are some of the most common disorders of the gastrointestinal tract that have been shown to respond to treatment schemes, including cannabis. As such, the plant can potentially be used in the treatment of both organic and functional pathologies, and either become part of a larger treatment scheme or be used on its own.

Perhaps the most widely recognised use case for cannabis is in mental health, particularly in the management of anxiety disorders. Many people who consume CBD have initially sought it out as a means to put their worries at ease. Preclinical studies have shown promising results in the field, showing that the cannabis plant helps reduce the symptomatology of PTSD, OCD, Panic and Social anxiety disorders.

CBD has been shown to decrease anxiety at all doses tested, making it safe for people struggling with incessant stress and worries. Cannabis interacts with the endocannabinoid system, a neuromodulatory network that has a powerful effect on the nervous system as a whole. While not yet fully understood and still under preliminary research, ECS is known to affect fertility, appetite, mood and memory, among other processes. Cannabidiol administration has been shown to positively affect the endocannabinoid system, improving overall health and well-being.

Insomnia and other sleep disorders are common problems. Hectic lifestyles and neglecting sleep hygiene practices are common culprits. So, if you find yourself unable to fall or stay asleep, you’re not alone. In fact, many people are struggling with the same complaints. However, just because it is common doesn’t make it any less destructive. Impaired sleep decreases cognitive functions, causing you to have a more challenging time concentrating or retaining information. Your immune system becomes impaired, weakening your body’s natural defences against disease. 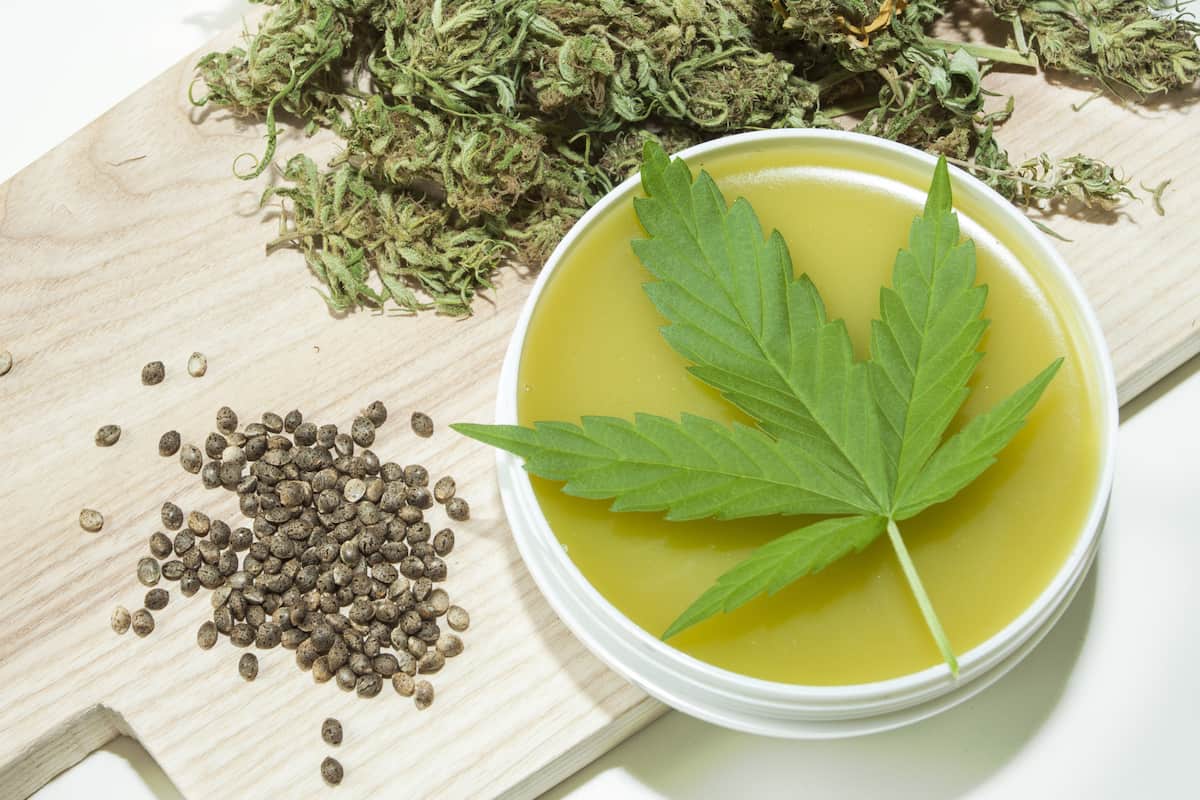 Cannabis has the potential to improve sleep, with research showing that it has potential benefits for both sleep onset latency, as well as sleep time. So, if you’ve tried several remedies but they didn’t offer the desired effects, you might consider CBD.

While more research is necessary to understand all the benefits of cannabis, what is known so far shows that it has much potential for better overall health. Whether it will be used as part of more extensive treatment schemes or as a standalone medication in the future, one thing’s for sure: its beneficial effects on human health will only steadily become more widely recognised.

ELDT Certificate In a Few Days: Is It Possible?

When to Hire a Business Lawyer 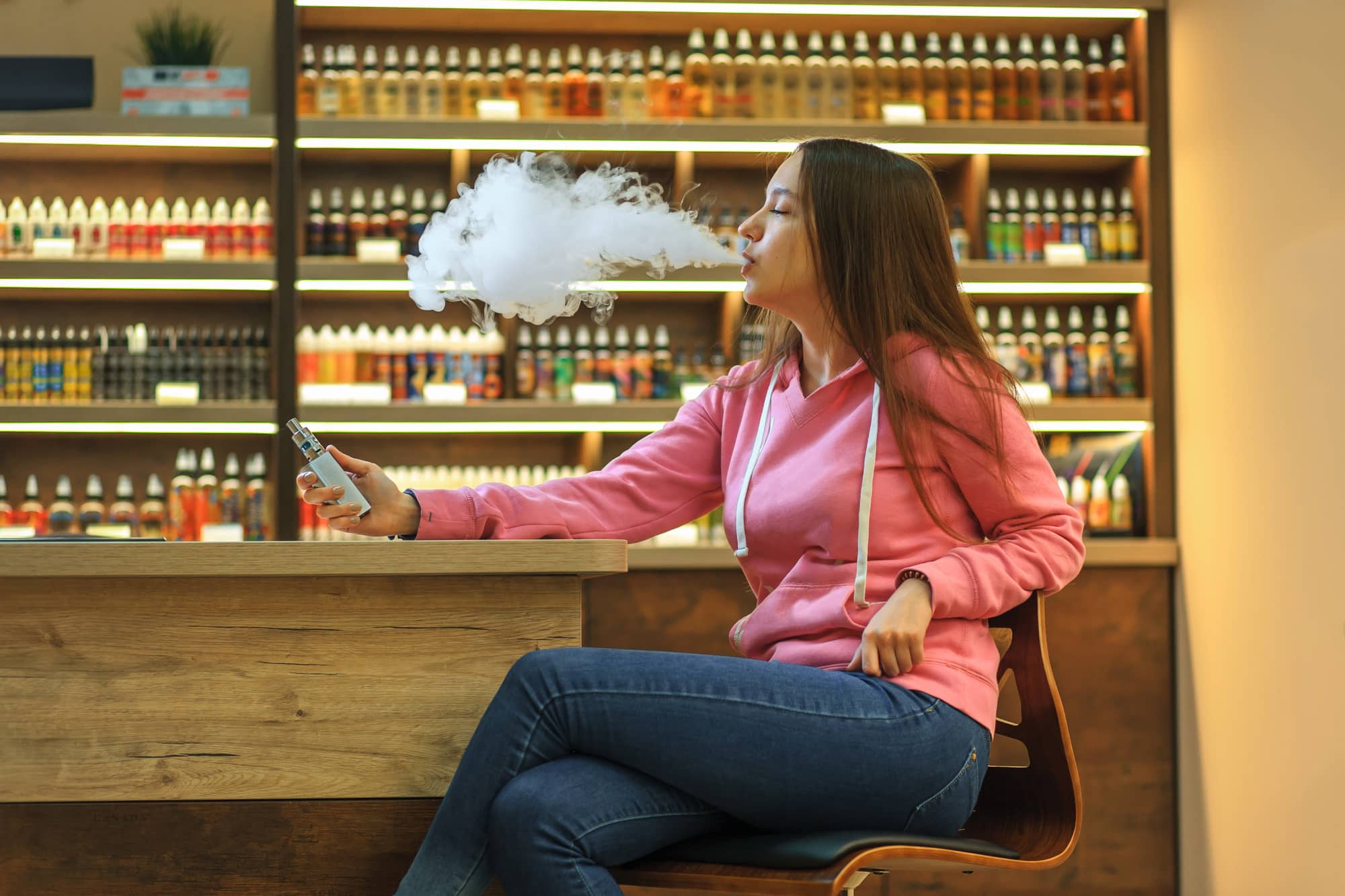 Read More
With so many products on the marketplace for cannabis lovers, learn the difference between vaporizers vs bongs when wanting the ultimate toke!
HHealth & Wellness 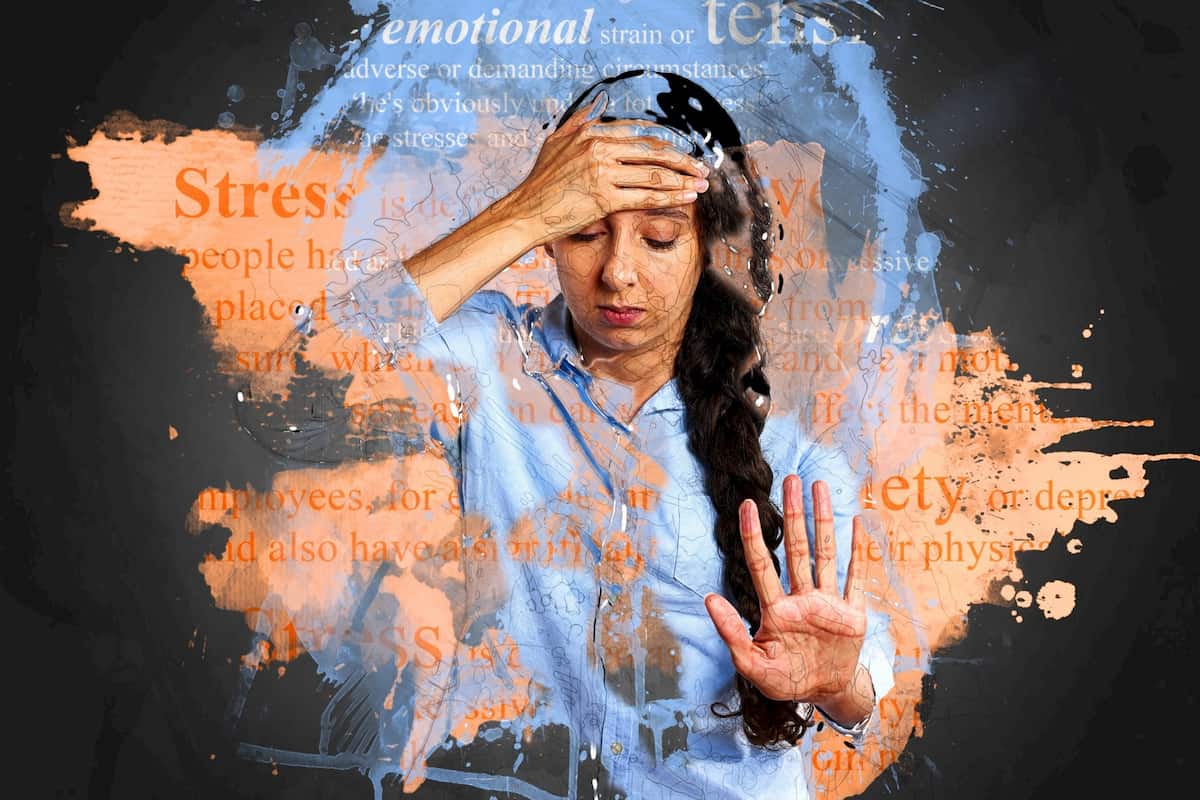 Read More
Table of Contents Hide Anxiety or Stress? The Key DifferencesThe SymptomsTreatment OptionsKnowing the Difference Can Make a Difference…