The Growing Links between Cryptocurrencies and Sport

There are many ways in which crypto businesses can use sport to raise awareness of their product. Crypto.com is working overtime to ensure that an increasing number of people know about them.

When you watch the next big UFC show, it’s going to be difficult not to notice Crypto.com. They signed a $175m fight kit sponsorship deal with UFC that lasts ten years. Their logo will be seen on everything from shorts, hoodies, and bras. At one time stadiums where top sporting teams played had nothing to do with the business world. That has changed over the years with the naming rights for stadiums becoming increasingly sought after. Cryptocurrency company FTX is fully aware of how important that can be.

They have a 19-year partnership with the Miami Heat. Renaming their home venue, the FTX Arena is worth $125m. Crypto.com loves basketball and ice hockey and also has the naming rights for the Staples Centre. That’s another $700m deal but the LA Lakers, LA Clippers, and LA Kings will find themselves having to get used to playing at the Crypto.com Arena.

There are plenty of other deals too for FTX. They have a five-year deal with Major League Baseball that will see their logo on the jackets that are worn by the umpires. Boo at their latest decision but also see FTX is the name of the game now. Cheer the longest home run and then see it’s now called ‘FTX Moon Blasts.’ Esports is becoming increasingly popular. It’s no surprise therefore that FTX have turned their attention to it. TSM is now to be called TSM FTX after a $210m deal. Another $100m deal is with Formula 1 and that gives plenty of global coverage during the year.

Not every deal linked to cryptocurrencies and sports is worth millions and with worldwide known teams. Crawley Town plays in the fourth level of English soccer. They’re not quite as popular as the Manchester clubs or Liverpool.

They play in Sussex on the south coast of England and are 12th in League Two at the time of writing this article. Their ground only holds just over 6,000 fans but times at the club could be about to change. In the UK and the US, bookmakers are thinking about how people can bet online on sports by paying with cryptocurrency. Even online casinos already exist and modern online betting sites with cryptocurrency payment are being created, informed the UK site about gambling and betting.

WAGMI United isn’t a football team but deals in data cryptocurrencies and NFTs. They are the new owners of the club. Previously, they had been interested in buying Bradford City and they would center their ownership model around NFTs. Whether that will happen at Crawley isn’t known. What we do know is the new owners want to “empower fans to take a personal stake in telling their team’s story and shaping its future.”

Fans of the club aren’t quite welcoming the new investment with open arms. This is despite promises of promotion within two seasons.

Many are scared their club will be an “experiment which goes wrong.” This might be to do with the fact not everyone knows a great deal about cryptocurrencies. Some probably know nothing about them at all.

Those who are in the know will be aware of the volatility in the value of cryptocurrencies. The new owners have had to prove there are sufficient funds to run the club but in traditional currencies. At present, there is no regulation of them in the UK, though that may well change soon.

The links between cryptocurrencies and sports will continue to grow in the future. Whether that is in ownership or more sponsorship deals remains to be seen.

The Love Affair Between Miami and Cryptocurrencies 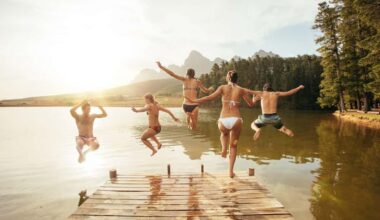 Read More
Want to make a map of the best Blackjack casinos in Florida. Let’s check out. Though the exact…