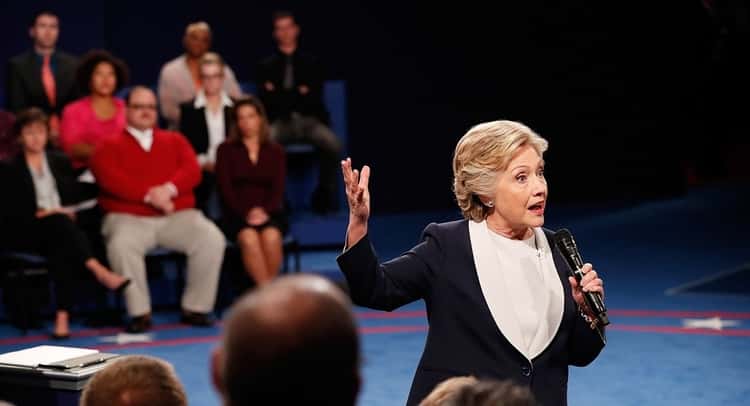 Republican gubernatorial candidates Rick Scott and Bill McCollum are squaring off in their second regionally televised debate of the week, and The Florida Independent is live-blogging the showdown from beginning to end!

Want to watch the action for yourself? The debate is airing on Tampa’s Fox 13, and streaming at the station’s website as well. We’d love to hear your thoughts on the back-and-forth, so please bookmark this page and use the comments section to opine away. Addicted to Twitter? Use the hashtag #ScottMcCollum. Pithy remarks below or on Twitter may even make it into the blog itself!

Republican gubernatorial candidates Rick Scott and Bill McCollum just squared off in their second regionally televised debate of the week, and The Florida Independent live-blogged the showdown from beginning to end! Get yourself caught up on what went down after the jump.

7:24 Scott sets record for a number of times “career politician” has been uttered in a single hour.

7:20 Q: What sports team do you support? McCollum: I support the conservative team, disappointed in Crist’s party switch.

7:15 Scott: “I believe we were doing the right things” at Columbia/HCA. McCollum hits Scott for Solantic lawsuits, confidentiality agreements.

7:15 Scott: Racial profiling is “despicable,” would not tolerate it.

7:09 McCollum: “I do support the Arizona immigration law.”

7:08 Q: How would you deal with illegal immigration?

7:05 McCollum says he’s never been swayed by those donating to his campaigns.

7:00 McCollum: “I’ve been surging in the polls.” Cites endorsements.

6:59 Scott says the state shouldn’t fund campaigns at all.

6:58 Q: Is it fair that the state not give McCollum matching funds?

6:54 Wilson asks McCollum about 527 groups (Florida First Initiative and Alliance for America’s Future). McCollum says he has no relationship with AAF. Scott is incredulous.

6:49 McCollum: “Why are you running for governor? Who are you?” Says he runs ads to show voters who Scott is.

6:47 Q: What have campaign finance changes done to your campaigns?

6:42 McCollum points to Solantic accusations as a continuation of Columbia/HCA misdeeds. Scott says allegations come from one disgruntled employee.

6:40 Scott: I learned lessons, “we should have had more verification.”

6:40 Q: Scott, you say you can manage a budget, but what about Columbia/HCA?

6:34 Scott defends his record at Columbia/HCA, criticizes McCollum for highlighting fraud there.

6:34 Wilson asks candidates what they’ve been disappointed in from appointment.

6:33 Bill McCollum: “This election is about making Florida great again.” Pledges to create 500,000 new jobs. Think jobs will come up?

PPolitics
The Winter Park-Maitland Observer has a feature on how Central Florida communities intend to make SunRail a draw for riders, and to succeed where its much-maligned South Florida counterpart, TriRail, has not.
PPolitics
Former health care executive Rick Scott has a 49-43 edge over Florida CFO Alex Sink in the race…