How Much Money Do You REALLY Need to Live in Spain?

Did you know that the population of Spain is currently 46,750,411? Are you looking to be part of that statistic and are curious about how reasonably priced it is?

In this article, explore the true cost of living in Spain and how affordable it really is.

Is Spain Expensive to Live In?

When you ask yourself, how much does it cost to live in Spain, you might be surprised. If you compare Spain to other European countries, including the U.S., it’s much more reasonable.

Keep in mind that each region will vary as far as pricing goes. Many foreigners enjoy entertainment and food for an extremely reasonable price. In Spain, a household can expect to average 23,999 U.S. dollars a year.

It’s important to note that Spain tends to have a higher unemployment rate than other countries, hence the lower prices for goods.

Standard of Living in Spain

If you’re looking for a very reasonable city in Spain, head to Seville.

Your best bet is to find bargain villas and apartments in your selected area.

Restaurants in Spain aren’t too bad either, and you can find traditional food at reasonable prices. In some regions, you can receive low-priced or free tapas with your drinks.

It’s a good idea to make sure your advisor speaks both Spanish and English to avoid any miscommunication during the buying process. Choose a conveyancing solicitor who is knowledgeable about Spanish land law.

It’s also important to find out about any debts from the previous owner since you could be responsible for these if you buy the property.

The cost of natural gas and electricity in Spain is some of the highest in the European Union. It can vary depending on whether it’s summer or winter, with electricity costing more in the winter for heat.

Most of the water heating systems and stoves use gas in Spain. If you live in an apartment, you’ll have to pay maintenance costs as well.

Your mobile, television, and telephone prices are similar to other Western European countries.

Cost of Living Compared to the U.S.

If you have a U.S. salary, you can live very comfortably in Spain since salaries are more in the U.S. Many work remotely in order to enjoy life in Spain. Check into different visa options to find one that’ll allow you to work for another country.

In the U.S., you pay a hefty amount every month for an apartment. In Spain, you can pay for all of your living expenses that month with that amount.

Cost of Living Compared to the U.K.

While certain prices are the same such as the water bill, overall it’s less to live in Spain. You can enjoy packages for television and phone that can save you money. Grocery stores are much less here than in the U.K as well.

If you’re retired, Spain is a very reasonably priced place to live, and many choose right outside of the cities. Try to retire with a yearly amount of at least 20,000 euros, and you’ll live comfortably.

The cost depends on the region of course and if you choose to live in a city. You can save on entertainment since many parks and outdoor areas are free to enjoy.

Whether you want to go for a hike, explore the great outdoors, or walk by the sea, there are free options for everyone. Many restaurants are reasonably priced too, especially if you’re looking for local food options in the area.

When you receive a Spanish social security number and are considered a resident, you can have access to the healthcare system for free. Certain treatments you’ll need to pay a certain amount, so it’s best to check the region you’re interested in.

Private health insurance is another option and is reasonably priced. As your age goes up, the price goes up, and after a certain age it cuts off.

Calculating the True Cost of Living in Spain

Would you like to learn more about travel and different places around the world? Check out our other articles.

Hard as a Rock! 11 of the Most Common Types of Concrete 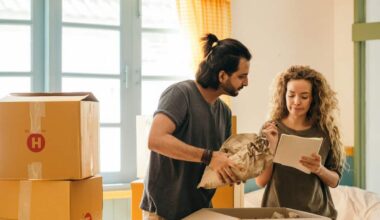 Read More
Table of Contents Hide 1. Research Your Future Home2. Visit the Area in Advance3. Make Sure You Have…
MMoving