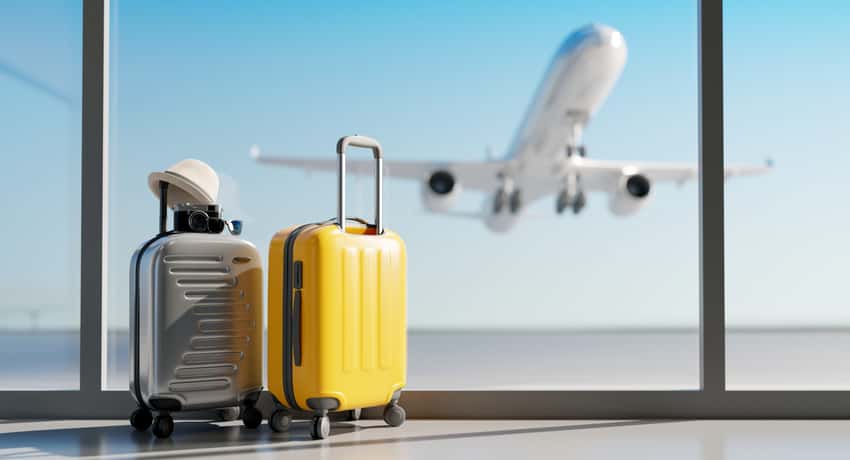 Many layovers aren’t much longer than 90 minutes. But, if you have to endure a much longer layover, this can be the most brutal part of your journey.

If you have to spend hours in a small airport with limited services it can particularly boring and dull.

However, there are so airports that are so amazing that they can be the best part of your traveling experience.

Do you want to know which best and biggest airports in the world for spending your layover? Check out everything below!

Changi airport is without a doubt the most amazing airport in the world.

Over 65 million passengers travel through this airport each year. That’s around the size of the United Kingdom’s entire population.

You can get a flight from many of the biggest airlines, including Tigerair and Singapore Airlines. So, what’s so great about this airport?

Well, there’s the unique and beautiful design of the airport itself. It makes for an especially pleasant stopover during your travel.

But, there’s also a wide range of entertainment opportunities. These include a cinema, a butterfly garden, and spas.

If you have even more time you can check out of the airport to visit Singapore Jewel, which is a buzzing and modern shopping center.

Hong Kong has always been seen as the gateway between the West and the East. That’s no truer than at the international airport in Hong Kong.

Everyone knows that Hong Kong doesn’t have ample amounts of space. But, they certainly effectively use the space they have.

When they don’t have any more space, they simply construct it. The international airport was built on an artificial island off the coast of the city.

Since opening in 1998, the airport has become a major hub for vacation and business travelers coming in and out of Hong Kong.

You’ll be able to catch a flight for numerous airlines, including HK Express and Hong Kong Airlines.

London has more than five airports. But, Heathrow is certainly the biggest of the five. With more than 80 million passengers annually, London’s bustling population is always growing and changing.

Heathrow can occasionally feel like you’re not even in an airport. There are so many amazing shops, restaurants, and entertainment, you can forget you have a flight to catch.

Whether you’re flying from Europe to North America or somewhere else in the world, Heathrow remains one of the most important airports in the world.

Check out this airport car service for more information on how to get to and from Heathrow Airport from London city center.

The German city may not be the biggest in the country. But, it’s one of the major financial hubs of Europe’s largest economy.

The German airline Lufthansa operates from Frankfurt with a fleet of over 300 jets. While Frankfurt may not be as flashy as Changi or as large London, it’s typically efficient and clean.

Almost 70 million passengers fly through Frankfurt every year. It’s the choice of dining and shopping options that also make it a wonderful way to spend a few hours on your layover.

The world’s biggest city is two major airports. But, hands down this is definitely the bigger and better choice between the two.

The Tokyo Haneda International airport has become of the most reliable places to enjoy your layover while traveling through Japan.

You’ll have the chance to taste some of the best Japanese cuisines and experience the charming old fashioned marketplace.

The Swiss capital regularly exceeds its small status as a city of finance and culture. None more so with this magnificent airport.

Switzerland is primarily famous for the cleanliness and efficiency of their trains. And yet, it appears that they can certainly do air travel just as well. You can fly all over the world from this beautifully designed airport.

If you find yourself struggling to get around the enormous airport on foot, jump on one of the many bicycles dotted around the airport. This can really speed things up!

If you have quite a few more hours to skill, the airport even offers excursions to the Swiss Museum of Transport. This is definitely worthwhile!

The Bavarian city of Munich always does things differently from the rest of Germany. This is reflected in the incredible glass dome that covers this amazing airport.

Just outside of the city center, this airport is an excellent way to spend a few hours during your layover. You can always play a spot of minigolf or wander around the many fantastic shops.

Any history fans? Check out the aircraft display in the center of the airport for a history less on air travel.

The newest airport on this list is the Hamad International Airport that was only open a few years ago. This Qatari airport reportedly cost more than $16 billion to build.

It has been described as the “most architecturally significant terminal complex in the world, as well as being the most luxurious.” That’s for you to decide!

The Best and Biggest Airports in the World

This list of the best and biggest airports in the world can inform you next time you have a choice of where to spend your layover.

There are many different things to consider. From the shopping opportunities to the dining choices. But, you can be confident of a pleasant stay at any of these airports.

Do you want to explore more travel tips and ideas? Check out our blog for more!

Benefits of Using CBD Cannabidiol to Help You Lose Weight