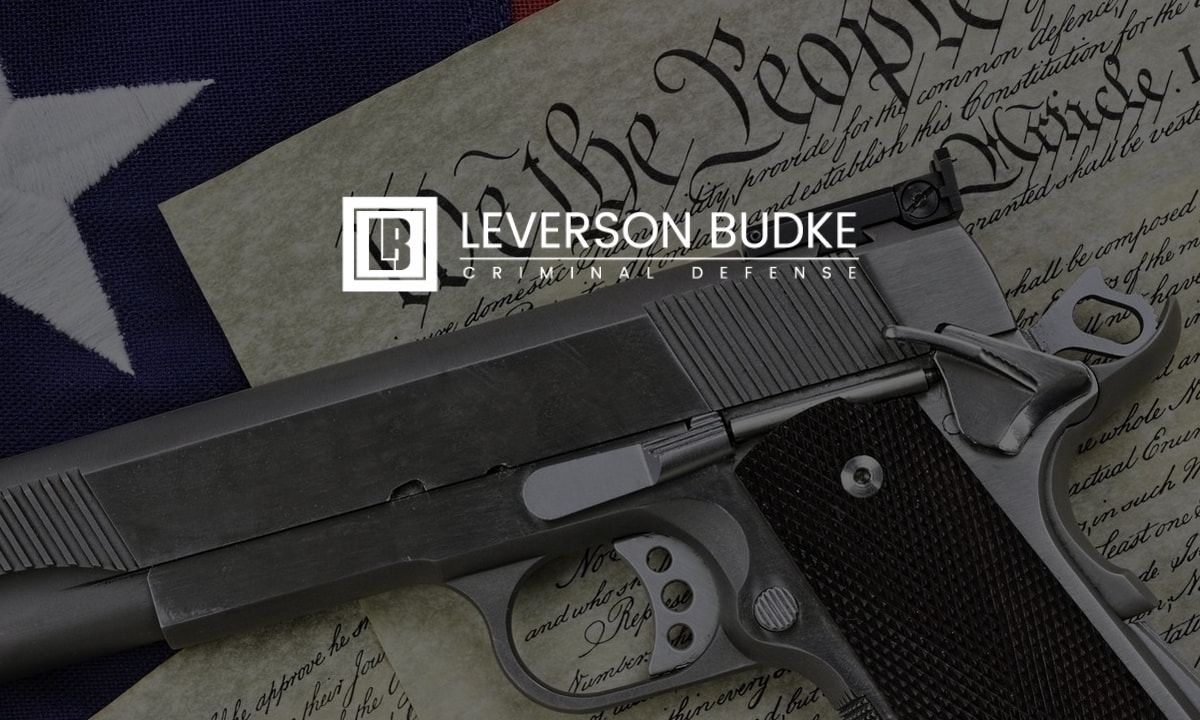 Generally, most of the cases in the United States begin at the district trial court and if not solved there, are forwarded to a higher court. People start their case in the trial court in which a decision is made. But when the party is unsatisfied with the trial court’s decision, they may take things up to the court of appeals with appealing the decision. The same thing happened with the Minnesota Supreme Court gun rights victory.

In the court of appeals, the party is needed to present their case and their arguments facing a bench of three judges. The court of appeal is thought to be one of the most effective and influential courts in the United States since they can establish legal precedent in their various regions. The court of appeal has a powerful influence on US law and consequently is the last arbiter in several cases.

However, if the decision still does not come in the favor of the applicant, they have every right to challenge the negative decision and take it to the Supreme Court. Tapia’s did the same and got the Supreme court gun rights victory.

If researched properly, you will notice that firearms are deeply ingrained in American culture. The Second Amendment to the United States constitution lets Americans have the right to keep arms. The individuals who have these firearms say the right to possess firearms is vital for their sense of safety and liberty. But the issue comes in as with this gun possession, you’re constantly hearing mass shootings in America. That has spurred a debate in Congress about whether gun ownership ought to be restricted. 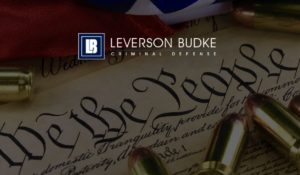 Though gun ownership is still permitted in the United States, some laws are there to do background checks before permitting someone with firearms. These laws have an adverse effect on people’s lives too. Tough with the supreme court gun rights victory, Tapia got his rights back, his case is an example of such adversity.

In 2017, Benjamin Tapia applied to get a gun permit and was approved by the county sheriff. Later in 2018, the sheriff canceled the permit when he received a juvenile record about Tapia’s conviction of car theft in 1988.

Tapia petitioned for the writ mandamus against the result. He directed the sheriff to issue him the permit again but was denied. Tapia then took the case to the court of appeals. The result remains the same at the court of appeals as the majority of the judges’ decisions were against Tapia.

After getting denied in the court of appeals, the case was taken into the Minnesota Supreme Court and Tapia’s request for the writ of mandamus was finally allowed.

Let’s take a look at how Leverson Budke defended Tapia and got the Supreme court gun rights victory.

The Second Amendment is the law that allows the citizens of the United States to bear firearms for their self-defense. This amendment is one of the ten amendments to the constitution that comprise the Bill of Rights. The United States Congress ratified it in 1791.

The Second Amendment states: “A well regulated Militia, being necessary to the security of a free State, the right of the people to keep and bear Arms, shall not be infringed.” The significance of this sentence isn’t self-evident and has produced more commentary but comparatively fewer Supreme Court decisions.

In 1988, Benjamin Tapia was found guilty for the statute of theft of a motor vehicle. He didn’t forcibly steal that car from its owner/driver so it wasn’t a case of hijacking. Though it wasn’t the event of a carjacking that would entail violence, the court and Minnesota law stated that anyone who is convicted of a “crime of violence” would be banned from having a firearm for 10 years.

As his car theft has been tagged as a “crime of violence” in 1988, Tapia got banned from having any firearms until 1998. As stated by the Second Amendment, when the crime was a non-violent one, this decision of prohibiting the possession of guns for 10 years could “infringe” the”right to keep and bear arms”.

But in 2003, things quickly turned grouchy when the Minnesota legislature reformed the law by completely banning firearms to anyone convicted of a violent crime. And this law applied to all the old cases too.

This amended statute made things worse for Benjamin Tapia. Since Tapia was convicted in 1988, the lifetime ban was also applicable to him. Fortune smiled upon Mr. Tapia when a legislature revised the statute again in 2014 by removing motor vehicle theft from the list of “crime of violence”.

This amended statute gave hope to Tapia’s case as his act technically was not counted as a “crime of violence” anymore. But, there was a catch! The reformed amendment was only applicable for cases filed after 1st august 2014, the date of the amendment.

Leverson Budke, a law firm in Minnesota notices this inconsistency in the amended statute that infringed on individual gun rights and chose to handle Benjamin Tapia’s case. According to them, the law was a twisted bit of logic as Benjamin Tapia would not be banned from owning a gun if he had committed the crime in 2014, though he was banned for life for committing the same crime in 1988.

The court of appeals decision

Tapia’s request to possess firearms got dismissed in the court of appeals. Two of the three judges disagreed with Tapia’s application. There is a Minnesota statute that allows a sheriff to grant or deny a permit request to possess a handgun if the following requirements are met:

Benjamin Tapia met all the requirements of the Minnesota statute except the one stated in number four. Leverson Budke referred to the case of State vs Schulter, where Schulter was banned from his second amendment rights for possessing LSD. That case was similar to Tapia’s because it was also considered as a “crime of violence”.

The majority of the judges did not agree to give the permission back to Tapia where one judge supported him. Judge Smith stated that the amendment statute of 2014 was obscure as there can be multiple interpretations of that reformed amendment.

Tapia’ case in the Supreme Court

Judge Smith’s support was very important for the supreme court gun rights victory. It gave a new light to Tapia’s case and Leverson Budke took the case to the Minnesota Supreme Court. They gave strong reasons against the gun ban on Tapia as he has never committed a “crime of violence” according to the newly reformed statute. They also referred to judge Smith’s argument about the statue being confusing as it conveyed multiple meanings.

Leverson Budke thought that a petition to the Dakota County Sheriff was enough to get back Tapia’s right to possess a gun as the statute had plenty of inconsistencies. But there was still a chance that the petition could be canceled lawfully by the sheriff just like it happened before. So, Leverson Budke didn’t take any chances and went for the unconventional “Writ of Mandamus” to get the Supreme court gun rights victory

The Writ of Mandamus

A writ of mandamus is an unconventional writ of the United States law. It is a court order issued by a judge in an applicant’s petition compelling somebody to execute a responsibility they are legally obligated to finish.

A writ may also be issued while the jurisdiction of a high court is needed to order a government agency or a lower court to complete a responsibility to maintain the law. This writ may be used for arranging a job to be finished, or in some other circumstances, it might need an action to be stopped.

Writs of mandamus are unique because they are sometimes made without finishing the judicial procedure or until a case has concluded. They are very strong. However, they’re hardly used since a petitioner must prove there are no other remedies to the situation and that somebody else is suffering injustice on account of the failure to follow the law.

Judges prefer not to issue this kind of writ unless it is truly necessary due to the disturbance they cause to the lawful process. In Tapia’s case, this writ was the turning point to get him the Supreme court gun rights victory.

To get the Supreme court gun rights victory, the first fact that Leverson Budke introduced to the supreme court was that Tapia didn’t commit a “crime of violence”. Therefore, he should not be held to the very same criteria as people who did. That means he must have had the opportunity to have a firearm, even following his arrest in 1994.

Secondly, they analyzed what’s known as the “canons of statutory construction” to get the Supreme court gun rights victory. In layman’s terms, this implies how an individual ought to translate a specific statute of legislation. A rule that’s familiar to attorneys is that if there are multiple interpretations of a law, it may be considered ambiguous.

After paging through the amendment of 2014, they reasoned that there have been two individual interpretations. The term “crime” can refer to “crime of violence” and it may also refer to crimes committed while owning a firearm? Bearing this in mind, they thought the 2014 statute was ambiguous, and so Benjamin Tapia ought to be granted his Second Amendment firearm rights and thus he got the Supreme court gun rights victory.

Finally, Leverson Budke was expecting the Minnesota Supreme Court will understand their point of view that Benjamin Tapia’s offense did not rule out him from owning a firearm. Their expectation proves to be right with the supreme court gun rights victory.

Even though Mr. Tapia had lost his appeal to the Minnesota appellate court, Leverson Budke was convinced that they had sufficient proof to confirm their claims. And they were right. The Minnesota supreme court finally granted Benjamin Tapia his second amendment rights with the supreme court gun rights victory.

This feat is very hard to accomplish and almost unachievable by many notably via a writ of mandamus. Benjamin Tapia’s supreme court gun rights victory solidified the hard work and intelligence of Leverson Budke.

3 Key West Water Activities You Have to Try on Vacation

The Role of Social Media in SEO 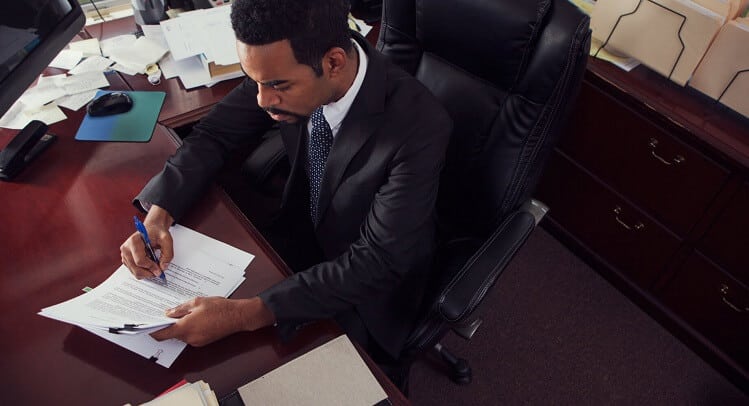