The presence of methylmercury in the Florida Everglades has documented by scientists and researchers in the area. The dangerous chemical can cause significant damage to developing fetuses and children, and leads to major hormonal imbalances in animals native to the Everglades. The state’s environmental regulators have been slow to tackle the problem. State agencies have almost no regulations for the use of sulfate, one of the chemicals that may be the chemical largely to blame.
0
Shares
0
0
0
0

The presence of methylmercury in the Florida Everglades has been documented by scientists and researchers in the area. The chemical can cause significant damage to developing fetuses and children, and leads to major hormonal imbalances in animals native to the Everglades.

The state’s environmental regulators have been slow to tackle the problem. State agencies have almost no regulations for the use of sulfate, one of the chemicals that may be largely to blame.

The Everglades contain mercury in its pure form, but when it combines with other chemicals, it can become much easier to absorb, and therefore more dangerous. Sulfur in the form of sulfate (which is commonly used by the agricultural industry) can combine with mercury  to create methylmercury (MeHg) – a neurotoxin that can be harmful to wildlife.

“Methylmercury bioaccumulates in an organism,” says Dr. Melodie Naja, Water Quality Scientist with the Everglades Foundation. “It sticks to the cells of those that ingest it.”

The environmental concern, according to scientists, is that mercury can throw off an entire ecosystem, as mercury poisoning can lead to odd mating behavior that generally doesn’t yield offspring. In a study conducted by University of Florida Professor Peter Frederick, even levels of mercury typical of store-bought fish were found to cause homosexual behavior in wading birds. Male birds ingesting even minimum amounts of mercury-laced fish mated with other males, and established a long-term commitment to a nest with their same-sex mating partners.

Mercury on its own is difficult to regulate, because it often arrives in the Everglades through rainfall. Because it would be nearly impossible to remove mercury from the ecosystem, some scientists argue that the most promising way to control the effects of methylmercury would be to control the levels of sulfate.

“Mercury emissions are out of control,” says Bill Orem, a scientist with the United States Geological Survey. “So the other approach is to reduce sulfate.”

One issue, in terms of regulating sulfate and determining how great a problem it poses, is figuring out whose problem it is. The state Department of Environmental Protection claims a certain amount of responsibility, but doesn’t have specific regulations for sulfate. The South Florida Water Management District says it is conducting sulfate research, but has not said when the research will be complete or whether it will yield a call for regulation.

“DEP is responsible for implementing the state’s water quality standards program. While EPA has not issued a suggested water quality criteria and there is no state water quality criterion for sulfate, many of the state and federal agencies conduct water quality sampling and analysis in the Everglades to evaluate sulfate concentrations,” says Jennifer Diaz, Policy Communications Specialist for the Florida Department of Environmental Protection.

There are also no sulfur-specific regulations in either the South Florida Water Management District nor the Florida Department of Agriculture and Consumer Services.

“Sulfur can be a component in some fertilizers (e.g. ammonium sulfate) and, therefore, the amount of sulfur applied would be limited by the nitrogen requirements of the crop to which the ammonium sulfate was being applied,” says Department of Agriculture spokesman Rich Budell. “There is no shortage of scientific opinion on all sides of [the relationship between sulfur and methylmercury.]  Unfortunately, there appear to be as many questions as there are apparent answers.”

A set of proposed criteria to regulate the amount of nutrients (phosphorus and nitrogen) in waterways has proved to be highly controversial. Environmentalists argue that the criteria are necessary to the health of state waterways,  but agriculture and industry have come out hard against them, arguing that they would have to take costly measures to prevent the nutrients from reaching Florida waterways. Attempting to create a new set of regulations for another set of damaging chemicals could prove politically difficult.

Though scientists agree that the agricultural industry is largely responsible for the widespread use of sulfate, no one seems able to answer the question of how much is being used in the area. According to Dr. Melodie Naja, Water Quality Scientist at the Everglades Foundation, farmers use sulfur for three purposes: to lower the pH of the soil (which makes phosphorus more available to plants), as a fungicide in the form of copper sulfate and as a fertilizer counter-ion in the form of potassium sulfate.

Still, according to Alan Wright, Assistant Professor of Everglades Research at the University of Florida, “There is no source of information for how much sulfur is being used in agriculture.”

“There are many sources of sulfur – it is abundant in nature occurring as sulfides and sulfates” says Sterling Ivey, spokesperson of the state Department of Agriculture, who adds: ”It would be difficult to obtain a quantified measurement of how much sulfur is present in the environment, specifically from agriculture products/use.”

“We do not know the exact amount of sulfur that the farmers are using,” says Dr. Melodie Naja, a water quality scientist with the Everglades Foundation. “It is an investigation that someone should conduct.”

A 2011 report conducted by the South Florida Water Management District found that methylmercury poses a serious problems for the Everglades that may warrant new regulations on its chemical components:

As a highly toxic form of mercury that bioaccumulates in food chains, methylmercury (MeHg) is a risk to wildlife and humans that consume Everglades fish.  Regional effects of elevated mercury and sulfur concentrations are evident ― and the Everglades has among the highest mercury levels in fish in Florida. Options for reducing these levels include mercury and sulfur source reduction, although the predominant remaining mercury source to the Everglades may be atmospheric deposition from international sources.

The report found that about 60 percent of the Everglades marsh area has sulfate concentrations “that exceed the desired restoration goal,” but that “further research is needed to quantify sulfur sources and better understand sulfur-related effectson the Everglades ecosystem.” According to the report, “during periods of normal or high rainfall, the [Everglades Agricultural Area] is a key source of sulfur to the downstream Everglades, mostly due to sulfur release by soil oxidation as well as agricultural sulfur application and runoff.”

Because it much of it comes via rainfall, not much can be done by state regulators to stymie the amount of mercury in the Everglades. Sulfates, however, can be reduced.

“Any reduction in sulfate inputs would reduce sulfate as a whole,” says Bill Orem of the United State Geological Survey. “Even the slightest reduction would benefit the entire ecosystem.”

There is currently at least one regional sulfur study underway, which will determine the amount of sulfur exchanged between the Everglades Agricultural Area, and waterways within the Everglades. In the meantime, Orem says both farmers and state agencies need to make strides in addressing the problem.

“There are currently Stormwater Treatment Areas in the EAA that filter out Phosphorus,” he says. “Those could be re-engineered to mitigate sulfate. And farmers need to be encouraged to use less sulfate. There’s certainly enough [in the soil already] that they don’t need extra. Recent work has shown that elemental sulfur isn’t even effective any more for agriculture because the soil is changing over time. Farmers are using protocol from the 1960′s, so they need to change the way they do business.” 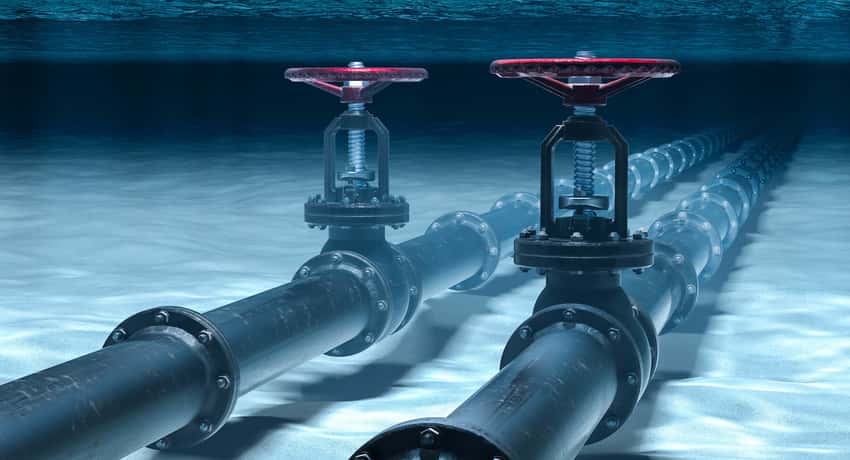 Read More
This week, a fracture in an Enbridge Energy pipeline released nearly 1 million gallons of oil into the Kalamazoo…
OOldPolitics
China is one of many foreign nations making a push to be part of Florida’s emerging construction of high-speed rail for bullet trains, first between Tampa and Orlando, then onto Miami.