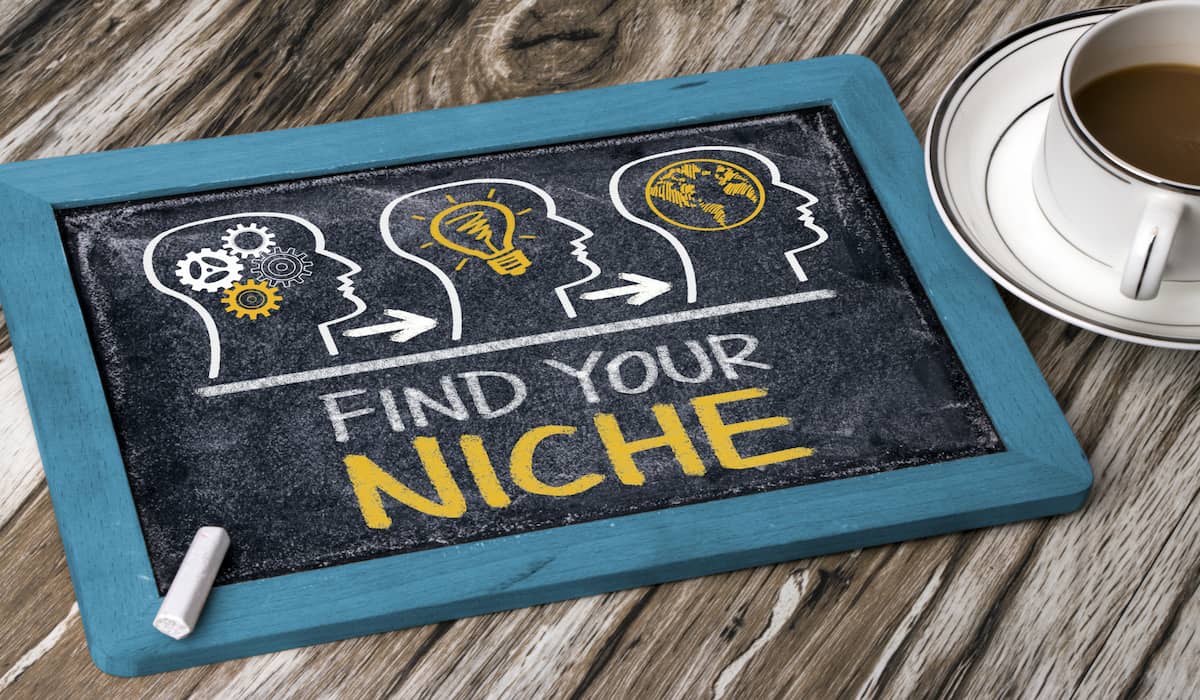 You’ve probably heard old adages, idioms, and canards about how you should never pigeonhole yourself. About how putting all of your eggs into one basket assures that they’ll all break. That by limiting yourself to a niche, you’re cutting off the majority.

We’re here to tell you that that’s a lie. Niche marketing could be the most effective form of marketing out there.

If you’ve found yourself asking these questions, you’ve come to the right place. This article will walk you through everything you need to know about niche marketing strategy and give you some examples of people who’ve used niche marketing to their advantage.

Sure, everybody wants to market to the highest amount of people possible. But the fact of the matter is — unless you’re selling toilet paper — not everybody is going to be into your product. You could have the best-fried chicken in the world and hire the best marketers — but they’re still not going to reach the vegetarians and those who have had double bypass surgery.

Some people fear that by making use of niche marketing they’re limiting the number of products they sell. But trying to market yourself to everyone will make you spread yourself too thin. You’ll become the jack of all trades, master of none; you won’t be great at any one thing, so people will pass you by.

It’s much better to get very good at the niche you’re selling in. By doing this you’ll build up dedicated followers. After you’ve mastered this one niche, you can slowly expand outward, and your dedicated customers will come along with the ride.

A great example of niche marketing is musical sensation Vulfpeck. One would think that to achieve vast amounts of success in music today, that one would have to get familiar with all of the over-the-top productions and sounds of today’s top artists, like Lil Naz X, Doja Cat, and Justin Bieber.

However, the guys from Vulfpeck just didn’t like that kind of music.

How Vulfpeck Did Climbed the Mountain

They were four friends who were very good at their instruments that all shared an interest in the Motown soul/RnB of the sixties and seventies funk. They formed their band, Vulfpeck completely on their own, with engineering and production handled by band member Jack Stratton mimicked the minimalist style of old-school soul tracks, like “I Want You Back” by the Jackson Five.

To play up their fun, old-school aesthetic, they filmed all of their music videos themselves, featuring grainy footage of them playing in a basement. They didn’t attempt to get these distributed, instead just uploading them to youtube.

They even shirked having a lead singer in favor of a revolving cast of guests to sing vocals on different songs. Many of their songs are even completely instrumental — something you don’t see much in the pop music world.

One would think that all of these elements would lead to Vulfpeck getting trambled. Except there was one thing… Vulfpeck was very good.

Vulf attracted fans who were into old-school types of music and enjoyed the comfortable aesthetic of the lo-fi music videos. They began touring, which fed into their popularity on streaming services, which in turn led them to be able to sell out bigger venues. They pumped out an album a year and toured rigorously, always capitalizing on previous success.

In December of 2019, against all odds, they performed a concert to a packed house in Madison Square Garden — the entirety of which you can watch online. They currently have just under 1.5 million monthly listeners on Spotify.

Caterers could cater to all sorts of parties — but if you know there are a lot of Jewish people in your town, you could cater specifically towards Jewish kids having their Bar and Bat Mitzvahs. Focus on foods you know pre-teens would like, and make sure the food is kosher.

For lawyers, one could specialize in any number of different types of cases. For example, did you know that there are lawyers who specialize in shoplifting? The crime of shoplifting can seem petty, but when a lawyer focuses on that, they become known in the industry as the “shoplifting guy”, which attracts more clients.

You can also imagine a physical therapist’s office getting a lot of attention for specifically tending to sports-related injuries.

No matter what business you’re in, you’ll fo great to start thinking in niches. It doesn’t matter if your industry doesn’t think of itself that way traditional; you can be the trendsetter. You can even hire a great marketing agency for addiction treatment centers.

This isn’t just for your benefit too, it’s for the customers. Knowing exactly what you’re good at and doubling down on it means you’re stressing quality over quantity. Customers who come to you for your specific thing will know you do it well.

If there’s one thing you’re sure to encounter in this world, it’s bad business advice. Many old-school business owners might tell you to expand your appeal as much as possible. But the fact of the matter is, in 2021, to succeed, you need to get specific.

Consider success stories, start thinking in niches, and focus on your strengths, and you’re well on your way to building a successful niche marketing campaign.

For more information, check out our business section!

5 Tips For a Healthy Pregnancy

10 Tips for Planning a Trip to Jamaica