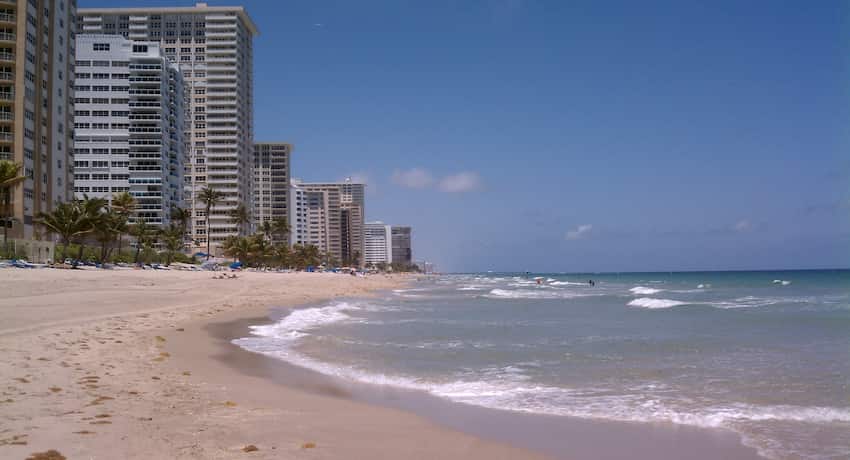 Study: People Moving to Florida on the Rise – Florida Independent

Who doesn’t love spending some time in the sunshine state? Great beaches, low cost of living, and of course the lack of frigid snowy winters. For the 43rd year in a row, United Van Lines has published its annual National Movers Study. And once again, more people moved into Florida than moved out.

This finding is consistent with the trend of the past decade. In nearly every year since 2010, Florida has experienced a net positive of movers; more people are moving in than moving out. This was the first year since 2015 that Florida broke the nation’s top ten inbound destinations.

This is interesting since the Southeastern United States seems to be rising in popularity as a destination for U.S. movers. Other Southeastern states such as Tennessee and North Carolina as well as South Carolina have seen net positive movers for the past several years and Alabama joins the group for the first time in recent years. Could this be the beginning of a greater trend?

Perhaps not surprisingly, incoming residents cited retirement more than any other reason for moving. The second reason was job opportunities followed by lifestyle. Florida was the most common destination for retirees out of the entire country. This explains why the study also found that both older people and those with higher incomes were more likely to move to Florida.

This is a trend that many expect to continue. As the baby boomer generation continues to age and enters retirement, Florida maintains its position as the popular retirement destination in the country. Meanwhile, the midwest is experiencing a great exodus as retirees are fleeing the cold northern states.

Its proximity to popular vacation spots is another draw. Being only a short plane or boat ride to many Carribean islands, many of those who are moving for retirement or lifestyle find this to be an attractive feature. Moving companies that serve both the Carribean and Florida, like Rodi Cargo, are great benefactors of this trend.

Although Florida may have broken the top ten, it’s got some catching up to do before it can call itself the number one moving destination in the country. In terms of the ratio of movers coming in to movers leaving, the number one spot goes to Idaho. Like Florida, the biggest share of inbound movers is also moving primarily for retirement.

Meanwhile, the state with the greatest proportion of movers leaving is New Jersey. This is the second year in a row that New Jersey finds itself at the top, or perhaps bottom, of that list. And once again, a plurality of movers cited retirement as the primary reason for moving out of the Garden State.

Families and individuals move for a whole host of different reasons. Retirement is one of the common motives for doing so. With the baby boomer generation approaching retirement age, the total number of retirees is growing. Whether those moving are doing so for retirement, jobs or lifestyle, people from all around the country are flocking to the sunshine state. And it doesn’t seem like that trend will change anytime soon.

BindBuddy is a Must-Have Travel Accessory

Top reasons to sell your junk car in Miami, FL