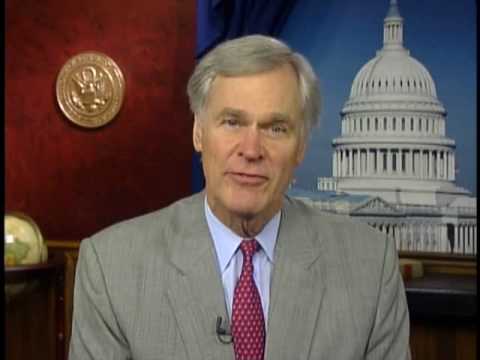 Rep. Ander Crenshaw, R-Jacksonville, has been nothing less than adamant on his stance that the current administration’s stimulus bill (aka the American Recovery and Reinvestment Act of 2009) does nothing to create jobs and instead leads to needless spending.

The politician was one of the 188 House members to vote against the bill in January 2009, and while the bill passed, he continued to denounce it. In a press release outlining his opposition, Crenshaw called his vote “a vote against debt and big government.”

During a September meeting of the Jacksonville Rotary Club, Crenshaw again expressed his distaste for the bill: “It was $1 trillion that was going to turn the economy around. It’s the biggest spending program in history. Half of it is still in the bank and it didn’t do what it was supposed to do.” And in a YouTube video, Crenshaw explained his vote to eliminate funding for signage promoting economic stimulus projects.

But a recent article from The Center for Public Integrity reveals that Crenshaw, along with several other opponents of Obama’s stimulus bill, had a different view behind closed doors. Though the legislation was passed through Congress without any earmarking, another practice, known as “letter marking,” was occurring behind the scenes:

Scores of Republicans and conservative Democrats who voted against the $787 billion American Recovery and Reinvestment Act subsequently wrote letters requesting funds for projects in a massive, behind-the-scenes letter-writing and phone call campaign, documents obtained by the Center show.

While the legislation passed through Congress without any traditional earmarks, lawmakers have worked behind the scenes, cajoling agencies to secure stimulus money for their favored projects for constituents and donors.

Only months after the stimulus bill passed, Crenshaw wrote a letter to U.S. Department of Transportation Secretary Ray LaHood, expressing his support for a grant to build a transportation center:

He wrote a separate letter pledging his support for another TIGER grant, this one for an airport project.

In an emailed statement to the Florida Center for Investigative Reporting, Crenshaw said that he had “consistently voted against bloated spending packages” but added that “Jacksonville should have every possible opportunity to access available federal dollars, just like every other metropolitan region in the nation, even if I opposed the stimulus funding measure.”

OOldPolitics
DNC chair and Rep. Debbie Wasserman Schultz, D-Pembroke Pines, called the GOP's agenda anti-women and a war on women yesterday. Her comments came in response to recent efforts by the GOP to defund Planned Parenthood and to end Title X funding for clinics that perform abortions.
OOldPolitics
In its recommendations for saving money on the state's prison system, Gov.-elect Rick Scott's transition team seizes on a national trend taking hold among conservatives: maintaining their image as being tough on crime, while also getting tough on prison spending.