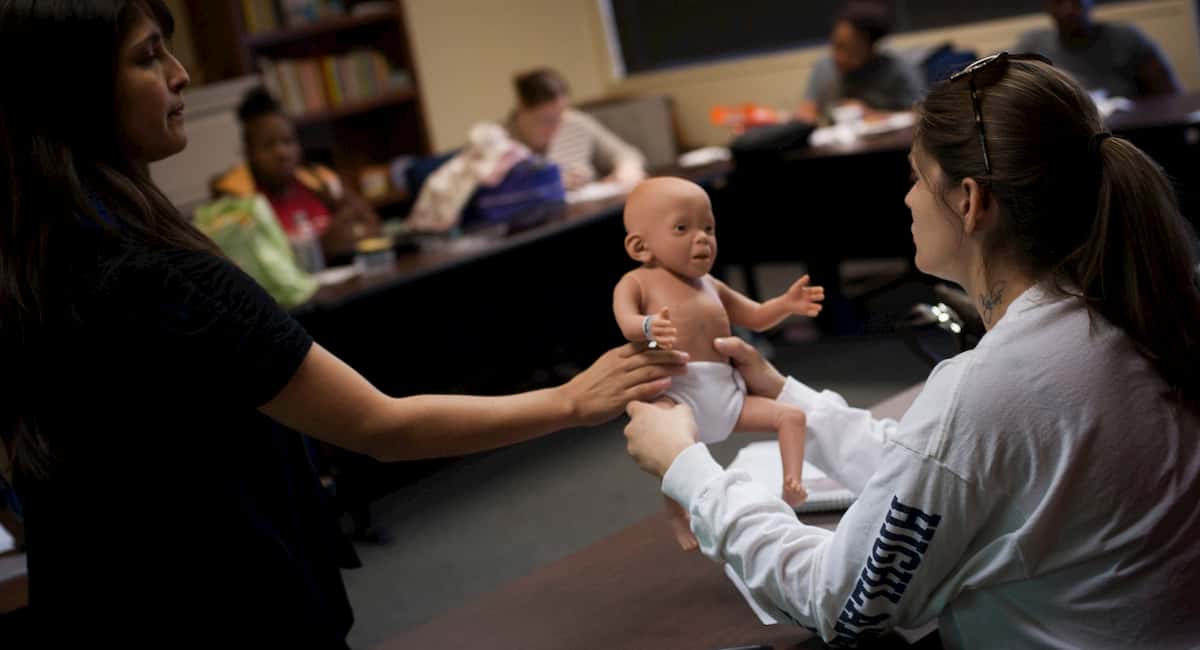 While the U.S. House is trying to prevent Planned Parenthood from receiving federal dollars, other legislation pending in the House would direct taxpayer money to crisis pregnancy centers.
0
Shares
0
0
0
0

While the U.S. House is trying to prevent Planned Parenthood from receiving federal dollars, other legislation pending in the House would direct taxpayer money to crisis pregnancy centers.

The Informed Choice Act, introduced by Rep. Cliff Stearns, R-Ocala, in January, would authorize grants “to nonprofit tax-exempt organizations for the purchase of ultrasound equipment to provide free examinations to pregnant women needing such services, and for other purposes.”

According to the current draft of the bill, which as of yet has no cosponsor, qualifying centers would receive 50 percent of the purchase price of the ultrasound machine involved or $20,000 — whichever is less. The bill appropriates $5 million for this initiative for fiscal year 2012 and “such sums as may be necessary for each of the fiscal years 2013 through 2014.”

To qualify, these centers must prove they provide medical services to pregnant women “under the guidance and supervision of a physician who serves as the medical director of the clinic and is duly licensed to practice medicine in the State in which the entity is located.”

Recently, New York Mayor Michael Bloomberg signed into law a bill that would require crisis pregnancy centers to disclose the services they provide and which services they don’t. Maryland passed a similar law last year but it was recently challenged in federal court. And last month in Arizona, a resolution was put on the books to help prevent centers in that state from ever having to disclose whether or not they provide medical services.

“Many non-profit clinics lack the resources to offer ultrasounds to pregnant women, a procedure that provides more information to the health providers and to the patients,” Stearns told The American Independent in a statement. “I believe that women will be better able to make an informed choice about their pregnancy if they have access to an ultrasound.”

Stearns, of course, is not alone in this thinking.

Several states are trying to pass laws that will require a woman seeking an abortion to view and/or listen to the description of an ultrasound image of her fetus. That practice is getting closest to passage in Texas, where recently the state House passed a sonogram bill that was tougher than that approved by the Senate in February. Gov. Rick Perry has declared the sonogram measure “emergency” legislation, which he has said he will sign once it hits his desk.

In Florida, the Health and Human Services Subcommittee passed a similar sonogram-centric abortion bill on Tuesday — a bill similar to one vetoed by then-Gov. Charlie Crist a year ago.

As of yet, a federal version of the mandatory-sonogram legislation has not been introduced, but Stearns’ bill was referred the Subcommittee on Health in February, and the lawmaker said he is working “to build support for H.R. 165 so that the Health Subcommittee of the Energy & Commerce Committee will take action on the bill.”

Stearns lives in Ocala, Fla., the home of Choose Life, Inc., a nonprofit that promotes the sale of “Choose Life” license plates which raise funds to support the adoption efforts of pregnancy centers, maternity homes and nonprofit adoption agencies. A bill(.pdf) that would distribute the funds generated from plate sales to organizations, including crisis pregnancy centers, “that assist women who are making an adoption plan for their children” is currently working its way through the Florida legislature.

Americans United for Life: We are using economic crisis to attack Planned Parenthood

PPolitics
According to records from the U.S. Department of Education, Florida State University is experiencing high numbers of on-campus rape.
PPolitics
Life Always, the group behind controversial billboards aimed at Planned Parenthood, yesterday announced its decision to halt using the image of a young girl in its media campaign.