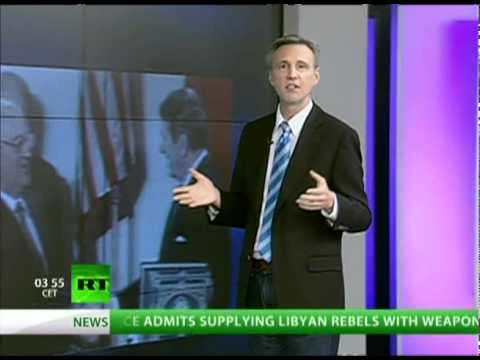 The Rick Scott administration’s proposal to privatize portions of state parks is running up against increasing opposition. Now the issue is gaining national attention.
0
Shares
0
0
0
0

The Rick Scott administration’s proposal to privatize portions of state parks is running up against increasing opposition. Now the issue is gaining national attention.

On a recent segment on his progressive talk show, The Big Picture, Thom Hartmann discussed a plan to turn portions of some of Florida’s most renowned state parks over to private corporations — for use as high-impact camping and RV sites.

Gov. Scott is telling his state’s Department of Environmental Protection to draw up plans to sell off huge chunks of 56 Florida state parks to private corporations. And, as you can imagine, corporations don’t really give a damn about the metaphysical experience you might enjoy while camping. They care about the bottom line. And what can be built on campsites to make the most profit. As in — let’s give Smokey the Bear a break from patrolling wildfires at campsites and put him… behind a McDonald’s counter to make sure the deep fryer doesn’t catch fire.

Watch the full segment below:

PPolitics
Florida House Speaker Dean Cannon, R-Winter Park, today made further strides in doing away with Florida's Prescription Drug Monitoring Program, announcing at a press conference that legislation will soon be introduced to officially repeal it.
PPolitics
Florida has joined yet another lawsuit against the federal government's Affordable Care Act. This latest action challenges a provision in the law that requires health insurers — except for religious employers — to cover contraception as a preventive service.