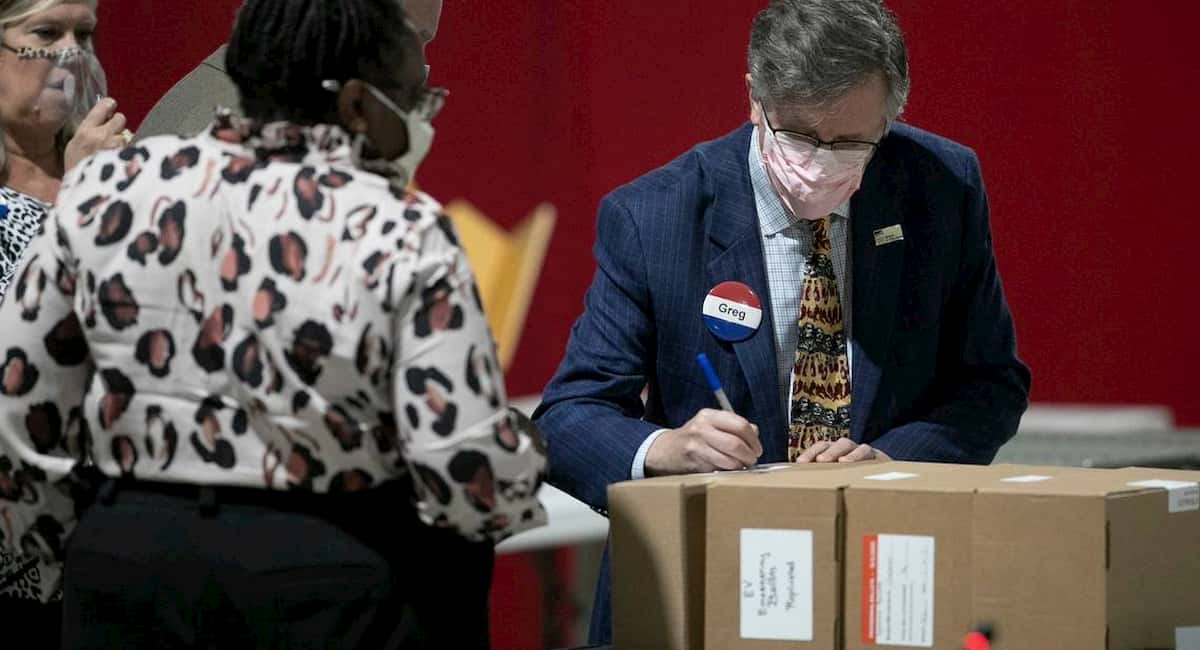 Five state senators and five state House members have been issued subpoenas by a law firm representing the League of Women Voters of Florida and the National Council of La Raza. Both groups have intervened in the case of State of Florida vs. United States of America and Eric H. Holder Jr. Holder is the U.S. attorney general.
0
Shares
0
0
0
0

Five state senators and five state House members have been issued subpoenas by a law firm representing the League of Women Voters of Florida and the National Council of La Raza. Both groups have intervened in the case of State of Florida vs. United States of America and Eric H. Holder Jr. Holder is the U.S. attorney general.

The case was filed by the state to have a court in D.C. approve four of the most controversial parts of the state’s new elections law. The three-judge panel will look at whether new restrictions on third-party voter registration drives, a shortened “shelf life” for signatures collected for ballot initiatives, obstacles for voters looking to change their registered addresses on election day and a reduction in the number of early voting days will make it harder for minorities to vote.

Secretary of State Kurt Browning shifted the federal preclearance process of the voting laws for five counties in the state (as mandated by the Voting Rights Act) away from the Department of Justice.

Now interveners are asking for answers from state legislators.

Rep. Dennis Baxley, R-Ocala, who sponsored the legislation (HB 1355), said he received a copy of the subpoena electronically while he was talking with a reporter Tuesday. ”What we’ll do is look to the House counsel for guidance and conduct ourselves accordingly,” Baxley said. A fifth House subpoena was issued to the State Affairs Committee, which approved the bill following a heated committee debate last spring.

Among many other demands, the subpoena tells Baxley and the others to produce “all documents concerning your, or any other legislator’s, reasons, justifications, rationales, interests and/or purposes in enacting any of the four sets of voting changes.” The law firm’s representative declined to discuss why specific legislators were issued subpoenas.

The other House members whose records were demanded are Reps. Keith Perry, R-Ocala; Debbie Mayfield, R-Vero Beach; Jimmy Patronis, R-Panama City; and Trudy Williams, R-Fort Myers. Senators who were subpoenaed include Sens. Mike Bennett, R-Bradenton; Ellyn Bogdanoff, R-Fort Lauderdale; Paula Dockery, R-Lakeland; Mike Fasano, R-New Port Richey; and John Thrasher, R-St. Augustine. (Dockery and Fasano were the only Senate Republicans who voted against the bill; all of the others voted for it).

Browning has also filed a complaint asking that the federal pre clearance provision of the Voting Rights Act be thrown out, because he believes the provision is “unconstitutional.”

The Voting Rights Act, which became law in 1965, was written to outlaw discriminatory voting rules in the states. The precelarance provision requires the federal government to review and approve any changes to election laws in certain areas. Five Florida counties currently fall under that jurisdiction: Collier, Hardee, Hendry, Hillsborough and Monroe.

Sen. Bill Nelson, D-Fla. asked Holder earlier this month to have the Justice Department launch an investigation into whether the “new state voting laws resulted from collusion or an orchestrated effort to limit voter turnout.” Holder has so far only expressed concern over states seeking to “restrict the ability of people to get to the polls” during a Senate Judiciary Committee hearing earlier this month. No formal investigation has been announced.

Eric Rodriguez, a VP with the National Council of La Raza, recently condemned what he described as efforts by Florida officials to suppress the votes of Latina/os in the state — as well as those of other minorities.

According to his press release:

Several weeks ago, the National Council of la Raza and the League of Women Voters filed an intervening motion to prevent the implementation of these provisions. If allowed to go into effect, millions of Hispanic and other minority voters across the state will become disenfranchised. Florida’s example is likely one to be duplicated in other states, creating a dangerous precedent that is likely to scale back some of the progress we’ve fought so hard for as a nation, over the last half of a century.

Rodriguez also said that the state’s complaint against the Voting Rights Act demonstrated “a determined effort to push for full implementation of a law that only serves to undercut the basic American right granted to all citizens of this great nation—the right to vote.”

PPolitics
Gov. Rick Scott has opposed creating a database intended to help the state crack down on pill mills, citing privacy and cost concerns. State Senate President Mike Haridopolos, R-Merritt Island, said Wednesday that while Scott has some legitimate concerns, other states already have similar measures place, and that Florida needs to stop being part of the problem of prescription drug addiction.
PPolitics
Newly filed Hillsborough County court documents offer a more detailed glimpse into the ongoing legal dispute between Rep. Vern Buchanan, R-Sarasota, and a former business partner who has alleged that Buchanan pressured employees at a car dealership the two owned to donate to Buchanan's 2006 and 2008 campaigns, and then reimbursed them with company money.