State Sen. Eleanor Sobel, D-Hollywood, yesterday introduced eight amendments to one bill — all of them written to make a point about the anti-abortion stance that has been pervasive in the GOP-led Florida Legislature during this year’s session.
0
Shares
0
0
0
0

State Sen. Eleanor Sobel, D-Hollywood, yesterday introduced eight amendments to one bill — all of them written to make a point about the anti-abortion stance that has been pervasive in the GOP-led Florida Legislature during this year’s session.

The bill at hand has been referred to by women’s health advocates as an “omnibus anti-choice bill” because it contains several measures that would make it harder for women to obtain legal abortions and would also make it harder for providers to perform the legal service.

Sobel tells me the bill is a “clean-up bill” because it includes “everything that didn’t pass last year.”

Women’s health advocates have criticized the bill for many reasons. It does not include protections for the mental and physical health of women who are pregnant, for example. The third trimester abortion restrictions in the bill provide an exception only if it is “necessary to prevent the death of the pregnant woman or the substantial and irreversible impairment of a major bodily function.”

The bill’s sponsor, state Sen. Anitere Flores, R-Miami, removed language that would have provided an exception to “save the life or preserve the health of the pregnant woman.” Flores has a history of voting down provisions in anti-abortion bills that provide more protection to pregnant women facing health risks.

The new bill also imposes onerous restrictions on abortion providers, which includes requiring that all clinics that provide abortions be wholly owned and operated by a physician.

Staci Fox, who spoke on behalf of Planned Parenthood, said the restrictions are “unreasonable and unrealistic.”  Among the many requirements are “ethics” training for abortion providers and measures that would prohibit providers from advertising their services. The legislation also includes a measure that creates a 24-hour waiting period before an abortion can be performed.

Sobel and Republican state Sen. Dennis Jones were the only members of the panel who voted no on the bill and questioned the need for the legislation. Jones claimed the bill was an example of government overreach that infringed on women’s privacy rights.

Sobel raised concern over the lack of protections for women’s health, as well as the lack of equity in the laws that are being passed in the Legislature.

Among the many pointed and symbolic amendments introduced by Sobel was one that would allow third trimester abortions if it “is necessary to save the life or preserve the health of the pregnant woman.” Another amendment would require that crisis pregnancy centers “provide medically accurate information to [their] clients.”

As we at The Florida Independent have reported, Florida crisis pregnancy centers (CPCs) have been found to distribute medically inaccurate information to women. The centers, which are mostly religious, aim to dissuade women facing unplanned pregnancies from having abortions.

In response to the ethics training provision of the bill, Sobel introduced an amendment requiring that a “legislator who offers to vote or who votes on legislation relating to human reproduction must annually complete a minimum of 3 hours of continuing education related to ethics.”

Much like a measure recently introduced in Georgia in response to anti-abortion legislation, Sobel also offered an amendment that regulates vasectomies and treatment for erectile dysfunction.

According to her amendment:

Sobel also introduced an amendment that would require that CPCs be “wholly owned and operated by one or more physicians who received residency training in performing dilation-and-curettage and dilation-and evacuation procedures or by a professional corporation or limited liability company composed solely of one or more such physicians.”

Flores’ bill was taken up last in the hearing and Sobel was hoping her amendments would stall a vote for the bill. However, state Sen. Don Gaetz, R-Destin, interrupted Sobel before she was able to introduce all her proposals, saying the amendments were “designed to waste time.” Gaetz requested that the bill be voted on after minimal public testimony.

Jones was the only member who requested that Sobel continue reading her amendments.

Sobel pointed out to the committee that she had the right to say something as “the only woman in the committee.”

The bill eventually passed with only two no votes. Sobel said after the vote that even though there have not been as many bills created to curb women’s rights this session, the GOP-led Legislature is still launching significant attacks on abortion access. Last year, 18 anti-abortion measures were introduced; four were eventually signed into law. This year, about 10 bills were introduced; three have been heard in committees.

“They put a sword in my back last year,” she said. “Now they are just turning it a little.”

None of Sobel’s amendments went to a vote, which means they could be introduced on the floor if the bill goes to a final vote. 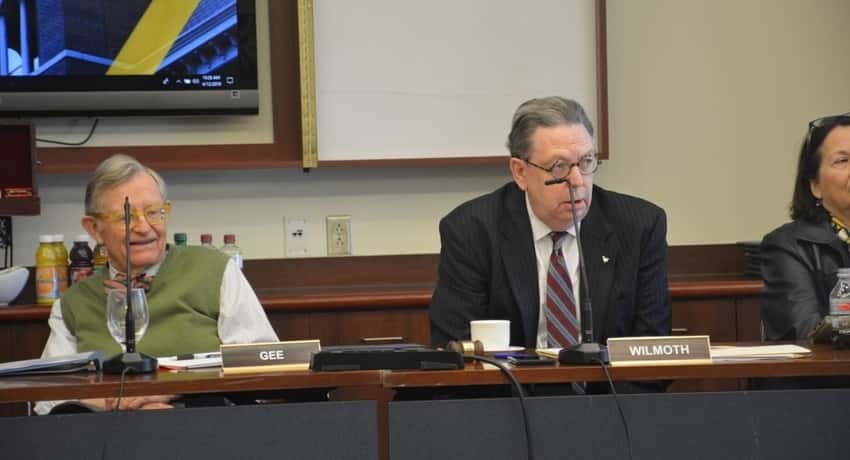 Read More
The Florida Board of Governors completed a two-day session in Gainesville yesterday, approving a regulation that will pave…
OOldPolitics
A federal judge will hear arguments for and against the state's controversial new law requiring welfare applicants to be drug tested.