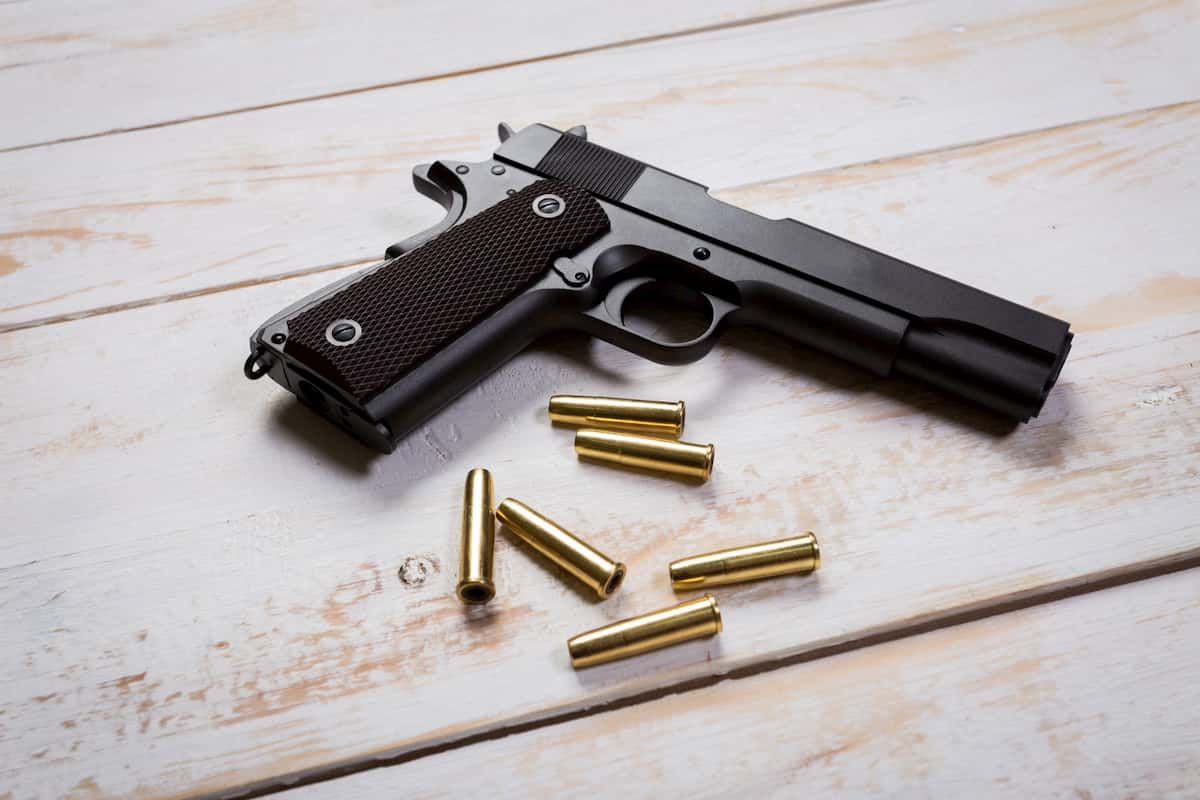 Should I Own a Gun? 11 Reasons Why It’s a Great Idea

Thinking about possibly purchasing a gun? Gun ownership is actually a lot more common than you might realize.

According to the Pew Research Center, about 30% of Americans own guns. Additionally, just over 10% of the people who don’t own guns say that they live with someone who does.

This is reason enough to ask yourself, “Should I own a gun?”

There are also a lot of other reasons to consider buying a gun and bringing it home. Although guns aren’t for everyone, there are a whole bunch of people out there who could benefit from having guns stored safely in their homes.

You should take a little bit of time to learn about why guns are good so that you can provide a definitive answer to the question, “Do I need a gun?” You might be surprised to see all the good that can come out of gun ownership.

1. Preserves Your Rights as an American

As an American, you have a constitutional right to own a gun if you want to do it. The Second Amendment of the U.S. Constitution clearly states that those living in the U.S. have the right to “keep and bear arms.”

This obviously doesn’t mean that you have to own a gun if you don’t want to. If you ask yourself, “Should I own a gun?”, and decide against it, that’s your prerogative.

But at the same time, you shouldn’t feel as though you don’t have the right to own a gun for whatever reason. The Constitution gives you the right to buy a gun and keep it in your home, so you’ll be preserving your rights as an American in a way by purchasing one.

2. Helps You Protect Your Home and Your Family

Every year, there are almost 4 million home burglaries that take place throughout the country.

Owning a gun won’t necessarily stop burglaries from taking place. Unless you advertise the fact that you own a gun on the outside of your home, there won’t be any way for a burglar to tell that you’re a gun owner.

But if someone breaks into your home, owning a gun will help you to protect yourself, your house, and your family. You’ll sleep so much better at night knowing that you have a gun somewhere close by.

It’s impossible to eliminate all—or even close to all—of these kinds of crimes. There are always going to be at least some crimes committed.

But every year, more than 2 million gun owners are able to stop crimes from taking place simply because they have guns in their possession. They’re able to pull their gun on criminals either when they’re about to become the victims of crimes or when they see someone else on the brink of becoming a victim.

There are, of course, many crimes that are committed with guns, which might make them seem bad. But they can also be used for good during crimes to stop bad guys from doing bad things to other people.

4. Gives You a Chance to Teach Your Kids About Gun Safety

There are almost 6,000 kids injured by guns every year. About 20% of those injuries are the direct result of guns unintentionally going off.

There are also almost 1,300 kids killed by guns every year. Just like with gun-related injuries, many of these deaths occur after guns accidentally go off while kids are playing with them.

This might deter you from bringing a gun into your home if you have children. But instead of being fearful about what might happen if you have a gun in a home with kids, why not use it as an opportunity to teach your kids about gun safety?

You can talk to your kids at length about all the positive things that come along with owning a gun. But you can also stress what could potentially go wrong if they touch your gun without asking you first.

In addition to talking about gun safety, you can answer any questions your kids might have about guns as well. You can field questions like, “Why own a gun?”, and break it down for your kids.

5. Makes You More Responsible and Disciplined

When you welcome a gun into your home, you’re going to need to talk to more than just your kids about being careful with it. You yourself will also have to take a long look into the mirror and commit to being more responsible and disciplined now that you have a gun.

You’ll appreciate how much more responsible and disciplined you feel as a gun owner. You’ll be able to set a great example for your kids by showing them how to act when you have a gun in your home.

6. Allows You to Go Out and Hunt for Sport

Do you enjoy heading out into the wilderness to hunt?

You can technically do it without a gun if you want. Many hunters will hunt with bow and arrows from time to time.

But if you’re a serious hunter, that’s not going to be enough for you. You’re also going to want to keep a gun handy for your hunting adventures.

Hunting isn’t nearly as popular as it used to be. One study found that between 2011 and 2016, the total number of hunters in the U.S. declined by about 2 million.

But there are still well over 11 million people hunting every year. Owning a gun will let you hunt as often as you want.

7. Puts Food on Your Table

Many of the people who hunt do it for sport. If they’re lucky enough to bag a deer or another animal, they’re happy to take it home and eat it. But it’s not a necessity.

However, there are also plenty of people out there who depend on hunting to provide them with at least some of the food that they eat throughout the year. They’re able to freeze a lot of the meat that they get while hunting so that they can feed their families.

If you’re one of these people, you shouldn’t even have to bother asking yourself the question, “Should I own a gun?” The answer should be, “Yes!”, every time since your family depends on you being able to bring home some food with it.

8. Provides You With an Opportunity to Showcase Your Skills at a Gun Range

If you make the decision to buy a gun and take it home with you, you shouldn’t just tuck it away in a safe and leave it there until the day you need it. You should familiarize yourself with every aspect of your gun and practice with it as often as you can.

There are more than 7,000 gun ranges scattered throughout the country at this time. They provide gun owners with a chance to get out and take target practice in an effort to improve their skills with a gun.

They also provide gun owners with an opportunity to blow off some steam at the end of a long week. You’ll have a blast getting out to the gun range and surrounding yourself with other people who are looking to do the same thing as you.

9. Enhances Your Concentration and Hand-Eye Coordination

Do you have a tough time concentrating on things these days for one reason or another? This is a pretty common problem among Americans.

It feels like people’s attention spans have gotten a lot shorter thanks to smartphones and all the other technology that they use. As a result, their minds are always wandering when they’re trying to concentrate on something important.

Using a gun at a gun range requires you to concentrate for long periods of time. You’ll find that your mind won’t wander as much as it usually does when you get into the habit of locking in once your gun is in your hand.

At the same time, you’ll also be able to improve your hand-eye coordination by leaps and bounds as you develop your skills. You’ll become a much sharper thinker and will be able to make quick decisions on the fly when you spend a lot of time practicing with your gun.

10. Sets You Up With Unprecedented Peace of Mind

Stress is something that almost everyone has to live with day in and day out. In fact, one study after another has shown that Americans are some of the most stressed-out people on the planet.

The average person worries about all kinds of things throughout a normal day. From how they’re going to make enough money to pay their rent to what repairs need to be made to their vehicles, people stress out over just about everything in this day and age.

Wouldn’t it be nice to not have to worry about something for a change? It would free up your mind to focus on the good things in life as opposed to always focusing on the negative aspects.

Owning a gun might be able to set you up with the peace of mind you’ve been looking for. You’ll find that a lot of your worries will begin to melt away once you have a gun in your home.

You won’t, for example, have to stress out over the safety and security of your home and your family as much as you did before bringing a gun into your home. The peace of mind that comes with owning a gun alone makes it well worth the investment.

11. Costs a Whole Lot Less Than You Might Think

There are some people who will try to tell you that owning a gun is a luxury. They’ll attempt to convince you that you can’t afford to buy a gun and everything that comes with it.

To be fair, there are some guns and gun accessories that are going to be too costly for you if you don’t have a bunch of extra money lying around. Some guns sell for thousands of dollars and won’t fit into the average person’s budget.

But there are also lots of guns and gun accessories that are very affordable. You shouldn’t have any trouble at all finding a way to fit them into your budget.

You also shouldn’t have any trouble finding affordable ammunition for your gun once you buy it. Companies like Bulk Munitions can provide you with bulk ammo for the right price when you purchase it from them.

This will help keep the cost of gun ownership way down. It won’t make a big dent in your bank account every month as long as you’re smart about which gun you buy in the first place.

Stop Asking “Should I Own a Gun?” and Go Buy One

At this point, you shouldn’t be asking yourself, “Should I own a gun?”, anymore. As you’ve just seen, there are so many great reasons to go out and get yourself a gun.

Instead of wondering should you own a gun, you should figure out which gun you want to buy. Look for something that you feel comfortable using from the moment you first pick it up. It’ll allow you to embrace gun ownership from the beginning and help you make the most of your gun.

Are you interested in learning more about guns? Browse through the articles on our blog to find additional information on them.

See the World! 9 Awesome Things to Do in Singapore 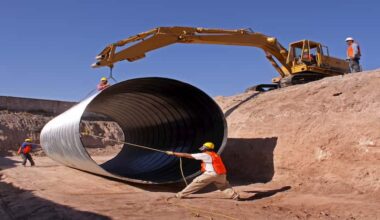