Scott, Superman and what’s next for Florida’s schools

This week, Florida lawmakers in Tallahassee for committee meetings gathered for a screening of Waiting for Superman, a documentary that advances two solutions for the problems with America’s education system: school choice and so-called accountability for teachers. Both ideas were on display Thursday.
16
Shares
16
0
0
0

This week, Florida lawmakers in Tallahassee for committee meetings gathered for a screening of Waiting for Superman, a documentary that advances two solutions for the problems with America’s education system: school choice and so-called accountability for teachers.

Both ideas were on display Thursday.

Speaking before the state Senate Education Committee, Patricia Levesque of the Foundation for Florida’s Future — a Jeb Bush-founded school reform group — explained a new proposal that would make it easier to fire teachers seen as underperforming. She also presented modifications of the ideas in Senate Bill 6, which was vetoed this summer by Gov. Charlie Crist.

Under the new proposal, teachers would be evaluated at five different levels: “highly effective, effective, developing, needs improvement and unsatisfactory.” At least half of the ratings would be based on student performance, which would be measured in part by standardized tests.

A PowerPoint presentation Levesque gave laid out some of the details:

Teachers hired after July 1, 2011 will be given 3 annual contracts (and an additional annual contract at the district’s discretion). Teachers who are “effective” or “highly effective” for 2 out of these 3 years can receive a three-year contract known as a “professional performance contract.”

No current teachers will lose tenure.

Also, the plan “will require that teacher performance, not seniority, be the primary factor in determining reductions in force.”

Meanwhile, at a rally in St. Petersburg, Gov.-elect Rick Scott told a crowd of voucher recipients that he wanted to expand students’ options beyond public schools, but provided few specifics, according to the St. Petersburg Times:

“We have a great opportunity this spring, in this (legislative) session, to make sure we pass an education bill that is 100 percent for the benefit of the kids, and give every child in the state every opportunity that you’ve had, to make sure that you go to whatever school you want to,” he said.

Will the legislature take that opportunity?

After Tuesday’s film screening, Senate President Mike Haridopolos, R-Merritt Island, pointed to the bipartisan support (at least at the national level) for the ideas in Superman.

The film follows five students who can’t afford private school but are struggling in public schools. They await the results of charter-school lotteries, which are shown as their only hope for getting a quality education. The movie has drawn praise from President Barack Obama.

When it comes to education, children “shouldn’t depend on the bounce of a ball,” Obama said, referring to the education lottery system for charter schools, which some parents in the film depended on to place their children into better schools.

Some critics have argued that the film ignores the broader social problems that plague the county’s education system. Education guru Diane Ravitch panned the “propagandistic nature” of the film in The New York Review of Books:

[Filmaker Davis] Guggenheim seems to believe that teachers alone can overcome the effects of student poverty, even though there are countless studies that demonstrate the link between income and test scores. He shows us footage of the pilot Chuck Yeager breaking the sound barrier, to the amazement of people who said it couldn’t be done. Since Yeager broke the sound barrier, we should be prepared to believe that able teachers are all it takes to overcome the disadvantages of poverty, homelessness, joblessness, poor nutrition, absent parents, etc.

There is a clash of ideas occurring in education right now between those who believe that public education is not only a fundamental right but a vital public service, akin to the public provision of police, fire protection, parks, and public libraries, and those who believe that the private sector is always superior to the public sector. Waiting for “Superman” is a powerful weapon on behalf of those championing the “free market” and privatization. It raises important questions, but all of the answers it offers require a transfer of public funds to the private sector.

Those championing the free market have swept into power in this state, but they have yet to provide many specifics on their plans for the state’s schools. While it’s hard to guess their policy preferences from their choice of films, it does seem to suggest where the debate is headed.

Report: Immigration and Customs Enforcement needs to implement prior recommendations 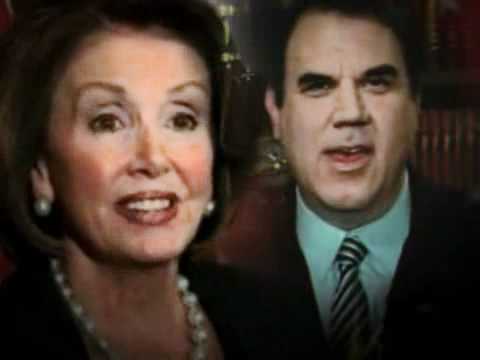