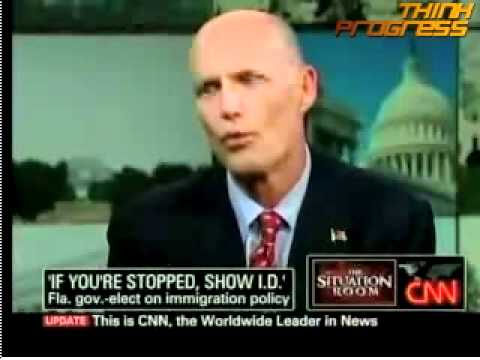 “We need to know who’s in our state, especially people doing something wrong,” he said about the Arizona law. When asked about the effect of such a law on tourism in Florida if boycotts were to happen, Scott said, “Whatever we do, we’re going to make sure it’s fair. But we need people to comply with our laws.” He endorsed the law but said there would be no “racial profiling.”

PPolitics
State Rep. Tom Goodson, R-Titusville, yesterday filed his first bill for the upcoming 2012 legislative session: House Bill 609, which preempts all local laws, ordinances or rules that address wage theft in the state.
PPolitics
The Los Angeles City Council on Tuesday passed a resolution to ensure voluntary participation in Secure Communities, a federal immigration enforcement program that has been seriously questioned because it has jailed and deported undocumented immigrants who have committed no crime.