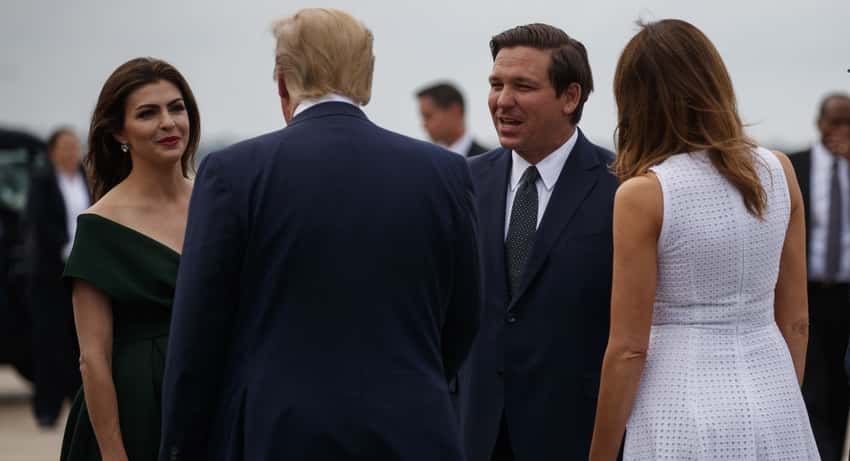 They may have been “crying into their cocktails” on election night as a late surge by their favored candidate fell short, but less than a week later, Bill McCollum supporters are happily singing for Scott.

At a Republican “unity” rally in Orlando on Monday, former Gov. Bob Martinez anointed gubernatorial candidate Rick Scott, the erstwhile political outsider, as the third part of a triumvirate that he said would make Florida a bastion of limited government and private-sector growth. If elected governor, Scott would join forces with incoming House Speaker Dean Cannon and Senate President-designate Mike Haridopolos, both of whom had shared a stage with McCollum on the night of last week’s primary.

With those three in power, Martinez said, the stars will have aligned.

“The voters have spoken,” Haridopolos said afterward. Although Haridopolos supported McCollum during the primary campaign, he had said that he would support the Republican nominee no matter who won.

As for McCollum’s decision not to endorse Scott, Haridopolos said it was “his call individually.”

Scott told reporters that he had found common ground with the party leaders on hand to support him — especially when it came to the party’s economic agenda. During the primary, he had declined to raise funds on behalf of the party in exchange for use of its resources. Now, Scott said, “We’ll do everything we can to make sure everybody wins.”

Since his victory last week, Scott has begun to embrace the machinery he had previously scorned.

Now Scott is embracing party leaders, as well as the GOP insiders and check-bundlers who raised McCollum’s money.

He met with dozens of lobbyists during the past week and informed them he would rather raise cash through their client lists and traditional party donors but would be willing to self-finance, too, if necessary.

The candidates who had piled into the contest to challenge Alan Grayson in the District 8 congressional race, only to lose handily to longtime legislator Dan Webster, also rallied around their primary winner at Monday’s event. They donned Webster stickers and promised their full support.

PPolitics
Federal authorities made a very public showing in 2010, documenting a year of reckoning for crooks prosecutors say took part in a wave of mortgage fraud and Ponzi schemes that brought down the American economy.
PPolitics
Rep.-elect Allen West, R-Fort Lauderdale, one-upped the calls for the prosecution of Wikileaks by calling for the censoring of news agencies that publish the organization's cables.