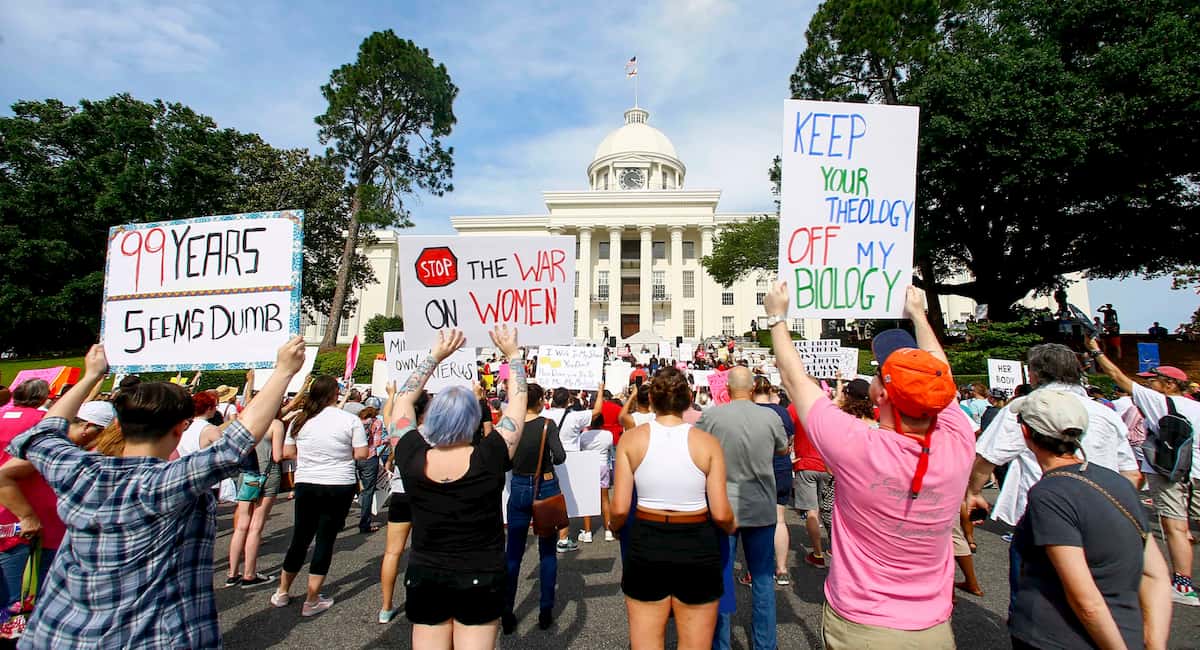 Alongside a group of social conservatives and anti-reproductive rights advocates at the governor’s mansion, Gov. Rick Scott signed four bills aimed at discouraging women from having abortions.
0
Shares
0
0
0
0

Alongside a group of social conservatives and anti-reproductive rights advocates at the governor’s mansion, Gov. Rick Scott signed four bills aimed at discouraging women from having abortions.

Legislative sponsors of the bills were present along with John Stemberger, president of Florida Family Council; Dr. Michael McCarron, executive director of Florida Catholic Conference; Pam Olson of the International House of Prayer in Tallahassee; Bill Bunkley, legislative and government affairs consultant to the Florida Baptist Convention; and Jim Styer, president of Sarasota/Manatee Right to Life.

“I am honored today to sign four bills that strengthen Florida’s pro-life laws,” Governor Scott said. “During my campaign and since I have been Governor, I have made it very clear that I am, and always have been, pro-life.”

John Stemberger and the Florida Family Policy Council have been among the more influential groups that pushed this legislation this year. The group started a political action committee called Florida Family Action last year to play a bigger role in social policy in the state. This year’s policy awards dinner hosted by the group will feature speaker and presidential hopeful Rep. Michele Bachmann, R-Minn.

According to The Palm Beach Post, this weekend “Scott flourished his social conservative side, making it clear that the intent of the measures is to discourage women from having abortions”:

“I hope this helps make sure this doesn’t happen in the future,” he said.

The laws will “have an impact for generations,” Scott said. “It shows what Florida’s made of. It’s what we believe in in Florida.”

At the ceremony, Scott singed House Bill 97, which strips abortion coverage from health insurance exchanges created through the Affordable Care Act. He also signed House Bill 501, which directs funds from Choose Life license plates to Choose Life, Inc. House Bill 1247 was also signed at the ceremony — it places tougher restrictions on young women seeking a judicial bypass for the state’s parental notification of abortion. House Bill 1127, a bill requiring doctors to perform an ultrasound on women seeking an abortion whether it is medically necessary or not, was also signed

The event caps a successful year for many of the groups present at the ceremony this weekend. Besides the success of the anti-abortion bills, the Florida Catholic Conference, for example, successfully lobbied a bill that would allow the state to give religious institutions more money and a provision in the Medicaid bill that would allow providers to not cover birth control for religious reasons.

The Palm Beach Post reports that many of the advocates and legislative sponsors present at the signing thanked Scott for his role in curbing access to legal abortions in the state:

“Governor, we owe you a lot,” said Rep. Dennis Baxley, R-Ocala, a former head of the state’s Christian Conservative coalition.

The ceremonial signing so long after the bills were passed and went into law provided an opportunity for abortion opponents to congratulate themselves and Scott.

Many of these laws have already been enforced for the past month.

PPolitics
While Sen. Jim Norman's controversial farm-photo bill may have died in the Florida Legislature, animal rights advocates are cautiously acknowledging the victory is a temporary one whose significance may ultimately be thwarted by laws currently pending in Iowa and Minnesota. The bill, which would have created penalties for taking pictures on farms, drew a firestorm of opposition from animal rights groups who felt it would hamper whistleblowers' efforts to expose inhumane farming conditions.
PPolitics
Two former employees of a car dealership once owned by Rep. Vern Buchanan, R-Sarasota, allege that he pressured co-workers into donating to his campaign and then offered reimbursements with dealership funds.