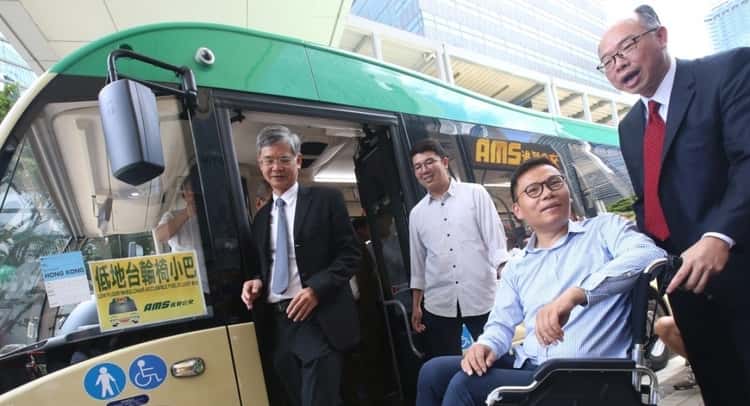 Save Our Ride — a national campaign that is a joint effort of the Amalgamated Transit Union and the Transport Workers Union — was in Miami Friday to support funding for public transit jobs.

Lombardo says federal funding can be used for capital investment but, “We want regions to use the money for operational purposes. Let Miami decide how to spend transit dollars in Miami.”

In June 2009 members of the House Committee on Transportation and Infrastructure from both parties wrote:

America’s surface transportation network is essential to the quality of life of our citizens and the productivity of the nation’s economy.

Regrettably, our transportation system is losing its battle against time, growth, weather, and wear.

The nation’s largest public transit agencies face an $80 billion maintenance backlog to bring their rail systems to a state of good repair and, within the next six years, almost every transit vehicle (55,000 vehicles) in rural America will need to be replaced.

“[The] federal government gives money to buy more buses or trains but won’t allow us to pay the people who operate the buses,” Jeffrey Mitchell — who has worked as a rail inspector for 18 years and is the vice president of the Rail & Labor Division of Miami TWU Local 291 — told The Florida Independent. “With the housing crisis and the way the tax base is set up in Florida, it makes it even harder to maintain public transit. The county has been cutting services for about two and a half years.”

A 2004 American Public Transportation Association report states that transit infrastructure in the U.S. provides service primarily to low-income workers, students, and the elderly.

The director of Miami-Dade Transit, Harpal Kapoor, told rally participants, “Public transit is a green way to do business. It creates jobs. Leaders need to invest in public transit.”

Kapoor told bus drivers, “We are together. We have jobs because you are there.”

He called on the audience to support H.R. 2746 and S.B. 3189 — which call for the “expansion of transit operating assistance.”

Ron Heintzman, ATU International president, said, “Too many public agencies are asking [workers] to make concessions. No, don’t ask us to give up what we won over 25 years of collective bargaining. … We are asking for money that’s already appropriated, to keep buses going. We will work with Congress because we need stable funding for mass transit.”

Lombardo told TFI that Save Our Ride “would keep organizing rallies, using email and text messaging to maintain pressure on elected officials in Washington to vote in favor of House and Senate bills.”

State Sen. Frederica Wilson (D), who is running for U.S. District 17, spoke in support of the bills and called on Sen. Bill Nelson (D) to do the same.

OOldPolitics
A lawsuit recently filed against an amendment that would repeal language in Florida's constitution banning outright taxpayer funding for religious institutions is also going after provisions in this year's controversial new elections law.
OOldPolitics
In recent months, the Scott administration has cut $305 million from environmental land-buying projects in the state budget, all but ignored pleas to halt the construction of a Georgia-Pacific pipeline to funnel additional effluent into the St. Johns River and attempted to halt or delay the implementation of a set of criteria to govern water pollution in the state.The administration also made cuts to the state's five water management districts, and sent out a memo asking them to reexamine how they do business. Now, new allegations that the administration hopes to begin privatizing camping in some state parks have surfaced.