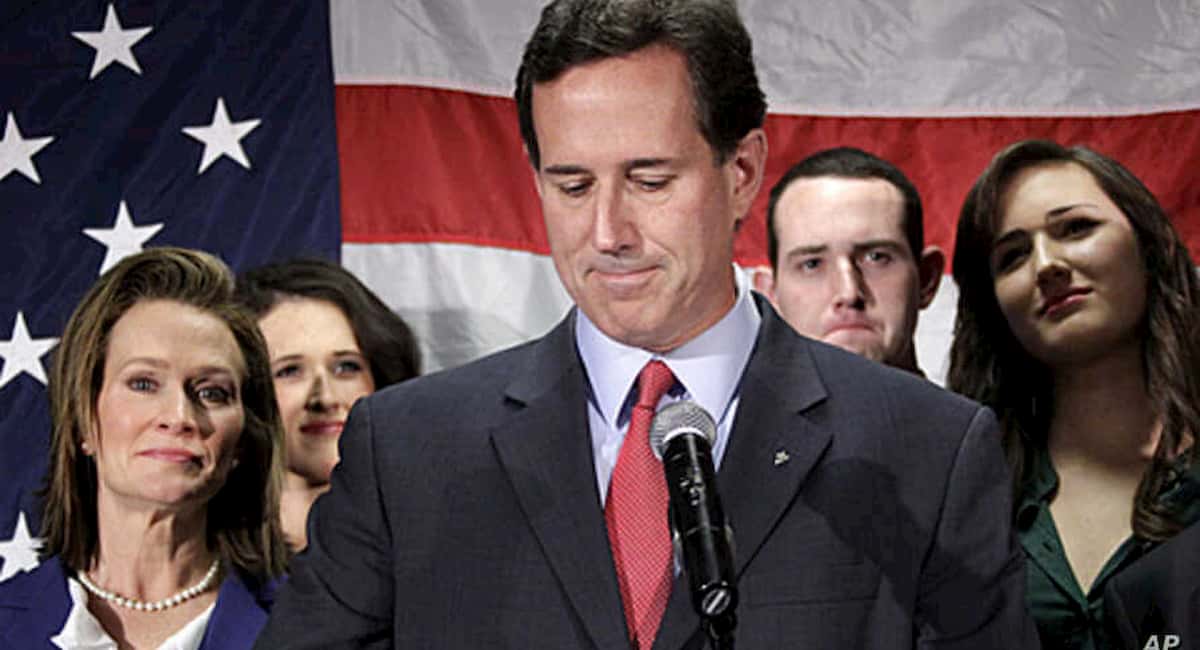 Former U.S. Sen. Rick Santorum, of Pennsylvania, will seek the White House in 2012, he announced this morning on ABC’s Good Morning America.
0
Shares
0
0
0
0

Former U.S. Sen. Rick Santorum, of Pennsylvania, will seek the White House in 2012, he announced this morning on ABC’s Good Morning America.

Perhaps channeling 2008 Hillary Clinton in Des Moines, Santorum said, “We’re going to be in this race and we’re in it to win it,” before launching into extensive criticism of President Barack Obama on foreign policy. Santorum will hold a kick-off rally today in his native Pennsylvania.

The former senator, who lost his last election in 2006 to Democrat Bob Casey, Jr., has been pegged by Iowa political analysts as one who could get the much sought-after social and religious conservative vote, though his 2006 loss may hinder campaign momentum. Santorum, a Catholic, holds strong anti-abortion and anti-gay rights views.

Santorum is expected to be in Iowa tomorrow, first appearing as a guest on WHO Radio’s Mickelson in the Morning, then will have a closed door meeting with Iowa Right to Life supporters.

OOldPolitics
Jacksonville native Susie Wiles has announced her resignation as the manager of former Utah Gov. Jon Huntsman's 2012 presidential campaign.
OOldPolitics
Americans for Prosperity of Florida is recruiting Florida tea party members to man the polls on election day, paying tea party leaders $2 for every person they recruit, according to Sunshine State News.