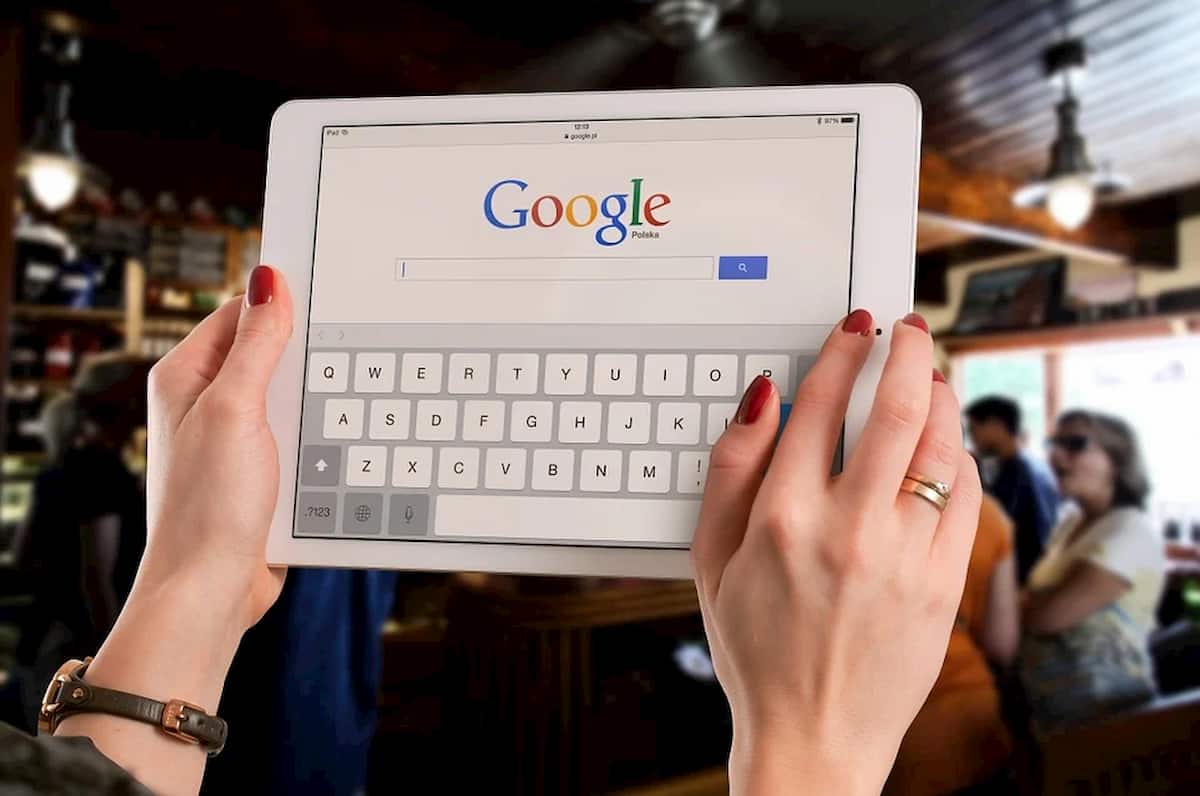 Samsung vs Apple: Battle of The Tablets

Deciding on a new tablet is never easy, and it’s especially difficult to decide between Samsung tablets and Apple iPads. That’s because there are so many pros and cons each of them has. You’d think that by now both would have got to a point where they are very similar and yet tablet Samsung vs Apple iPads could no be more different.

The age-old competition between Samsung vs Apple is still well and truly alive and most people are divided between Apple users and Android users. Rarely does an individual subscribe to both?

In this post, we’ll be looking at the pros and cons of both these companies so you can decide which one suits your needs better if you’re going to be buying a new tablet in 2021 and beyond.

First off, let’s look at the iPad’s Pros. 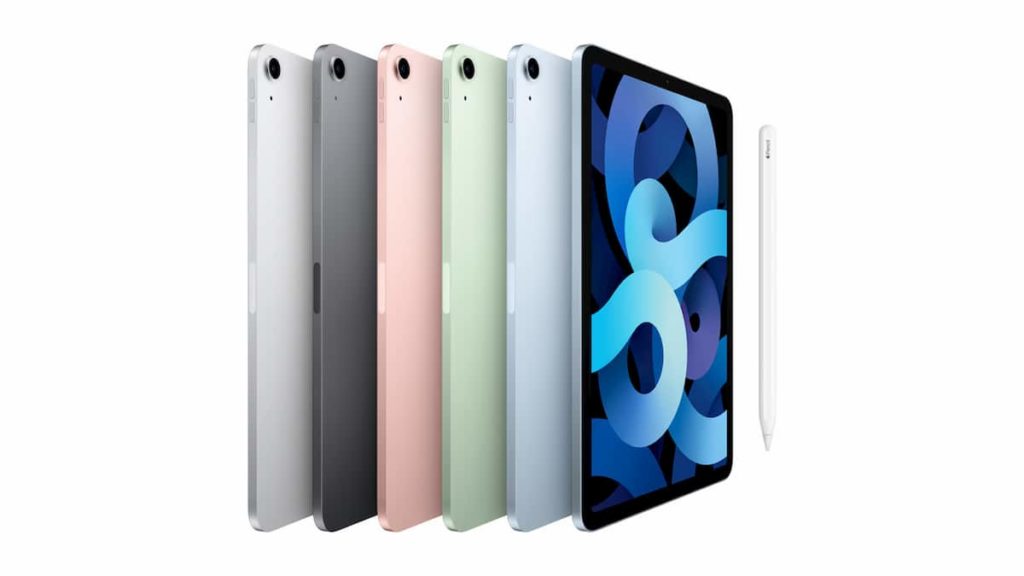 iPads have been around for a long time and you could argue they were the first real ‘tablets’. A thing of beauty, the first iPads were copied by multiple Android competitors but not one has been able to rival the iPads stunning style.

One of Apple’s biggest assets is its huge App Store where you can find an app for anything these days. The first iPhone was ground-breaking because it allowed you for the first time to have simple ‘apps’ on your smartphone’s home screen. With these square icons, you could easily find different functions on your iPhone or iPad, instead of having to use applications on a web browser.

The App Store has grown from basic games that you can download to star-gazing applications that let you track the stars in the universe. The beauty of the App Store is its simplicity and something we arguably take for granted nowadays. All you have to do is click on the App Store app and browse for an application you’d like to download to your home screen.

Another pro to Apple’s iPad is that it has many different attachments. For example, you can turn your iPad into a laptop (or MacBook) by attaching a keyboard to it. You can also do really interesting things like plug your guitar into your iPad.

The iPad is also every artist’s dream if they enjoy digital art. The iPad has arguably the best drawing and painting apps and is the most responsive and stable. For example, using a stylus pen on an Android is often less responsive meaning the tablet doesn’t always pick up on the pressure of your stylus. This is rarely a problem on Apple’s iPads. All in all, iPads tend to be more stable to use. 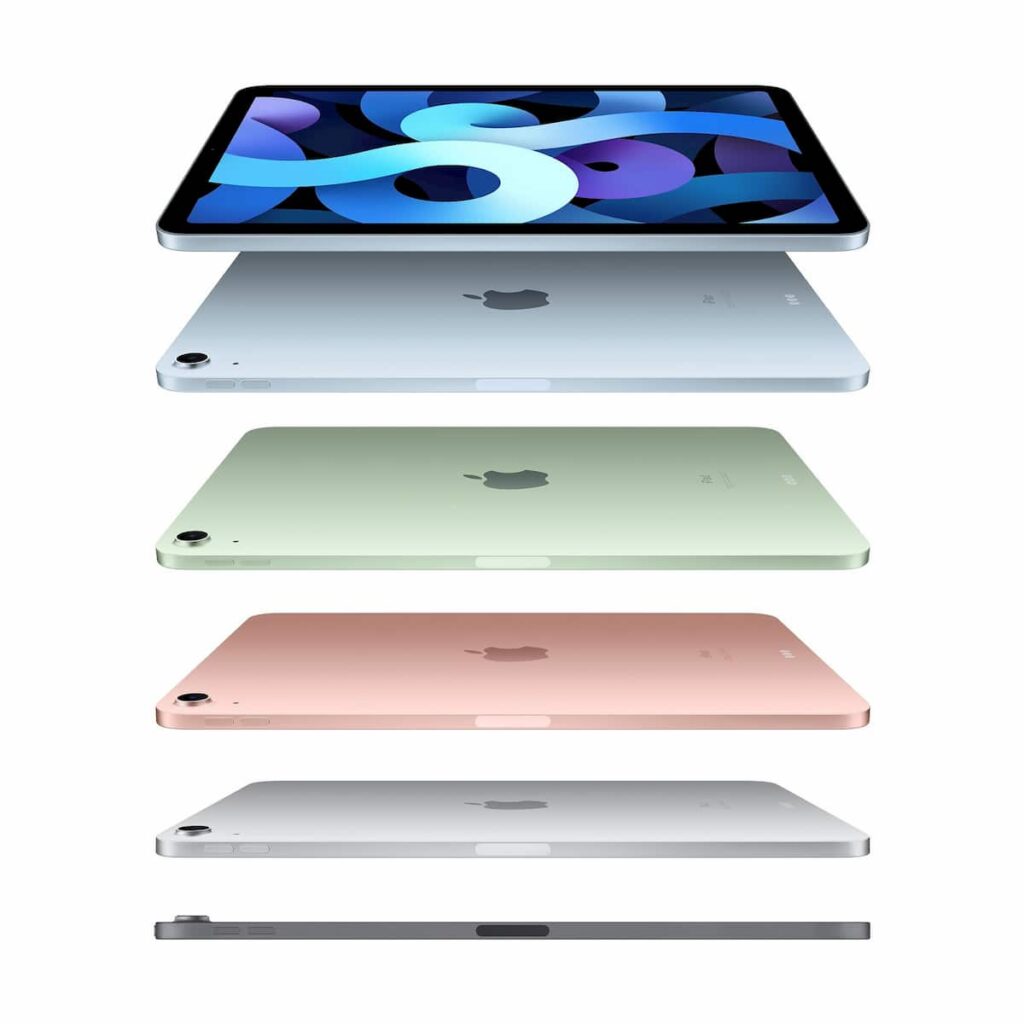 Whilst the Apple iPad tablets are the market leaders, they do have a few drawbacks. For example, they lack the ability to expand their storage through microSD cards. Apple also lags behind in the variety of apps they have compared to Samsung. This is partly because Apple only makes sure the most stable apps make it into their store.

The Samsung Android Play Store is more of a ‘wild west’ with lots of different apps you can’t find on the Apple App Store. This means there are some apps that contain malware or are poorly made. However, overall there is more availability of apps in the Samsung Play Store.

With Apple, you’re also limited to how you can download music. By using an Apple device you’re forced into using iTunes to download and play your music. This can be an issue if you can not find a song you want to download or stream on iTunes and you want a music player that has more features. 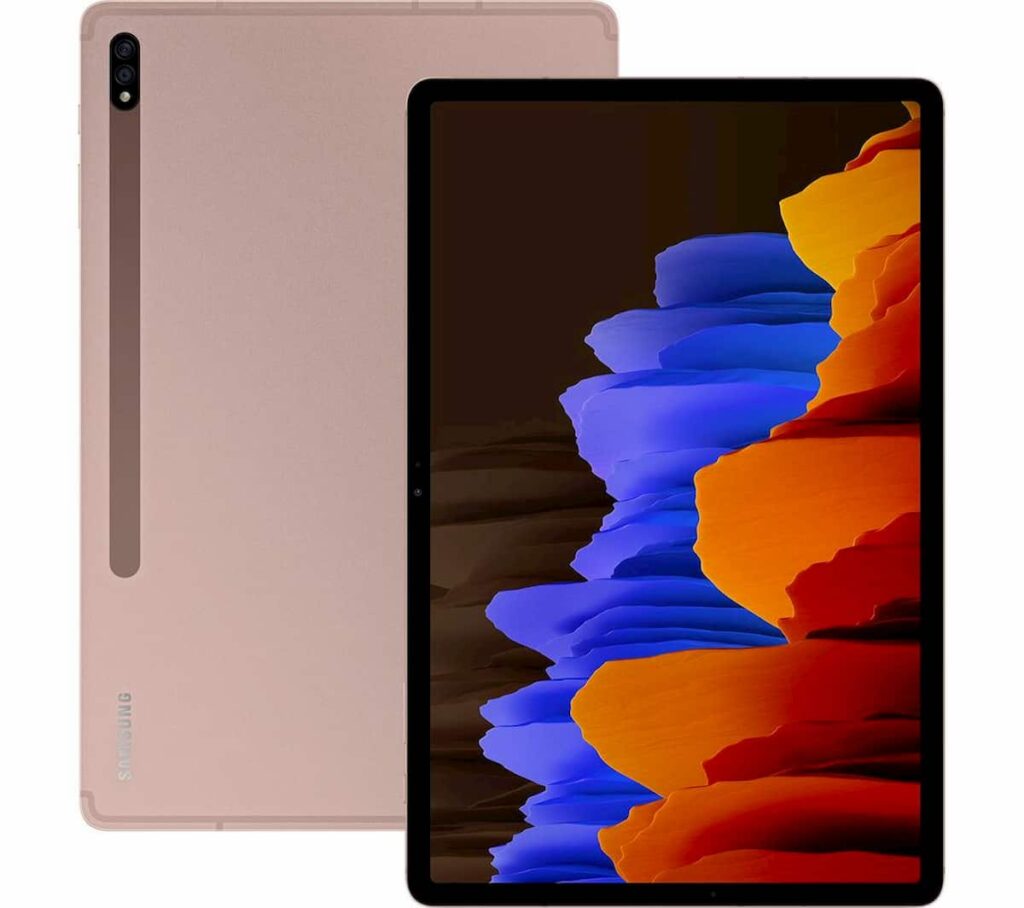 There are many tablets that run Android but the most premier of these tablets is Samsung. Samsung vs Apple, Samsung’s Play Store is better in options but less stable than Apple’s overall however, Samsung does outshine Apple in various different ways. Samsung vs Apple, one of the ways Samsung has been better than Apple for a long time is with its cameras. For example, Apple’s new iPad Air has a rear camera featuring 12MP whereas Samsung’s new Tab S7 + has a 13MP rear camera.

Whilst there’s not a huge difference in cameras, Samsung continues to edge it with each generation’s release.

Samsung also makes it much easier for you to have multiple users on one device. All you have to do is sign in and out of the Play Store whereas on Apple’s devices, your account is tied to your device and you have to get it unlocked if you want to let someone else use it with their own apps, etc.

As mentioned, you can’t add to your storage on Apple tablets but you can on Samsung devices. All you need is a microSD card and you’re away. You can store all kinds of files, music, video, PDF, freeing up space on your Samsung Tablet.

Overall, Samsung tablets are very flexible and allow you to expand outside of what you get in the box. Third-party apps are downloadable online, settings can be changed more easily than Apple, and on your device, customization is easy. 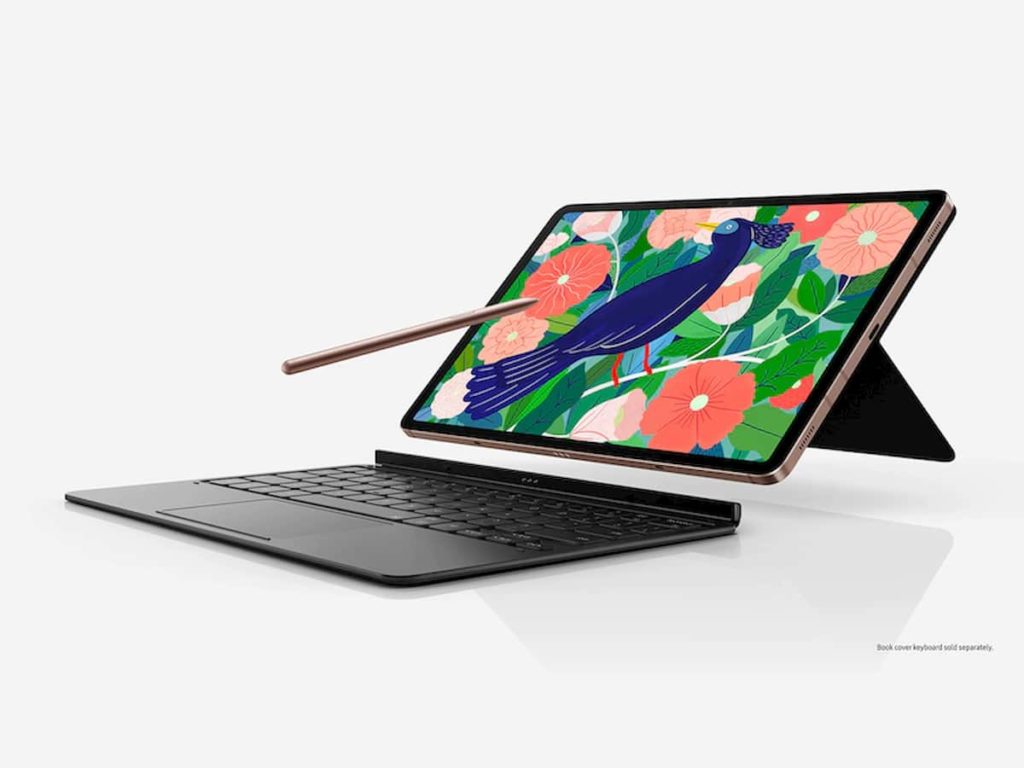 You’ll have no issues with well-known apps like Netflix and Facebook but some more obscure apps can cause your device issues. Some apps you don’t recognize can contain malware that can damage your device or steal your data. This is the trade-off you have when you get a big library of wild and wacky apps to choose from so caution is always advised.

With an Apple iPad, you’ll have peace of mind that your device is secure. Apple products rarely get infected with viruses.

Samsung tablets are noticeably less responsive to fingerprint recognition. Samsung vs Apple, Apple’s fingerprint unlocking system has always been a lot smoother than Samsung’s. The battery life of Samsung tablets could also be better with Apple devices having more juice on less time charged.

The new Samsung Tab S7 + has a battery life of up to 7 hours on a full charge compared to Apple’s new iPad Air which has up to 10 hours of battery life.

How do You File a Third-Party Insurance Claim?

Salesforce Training Is Synonymous With Success In An Organization 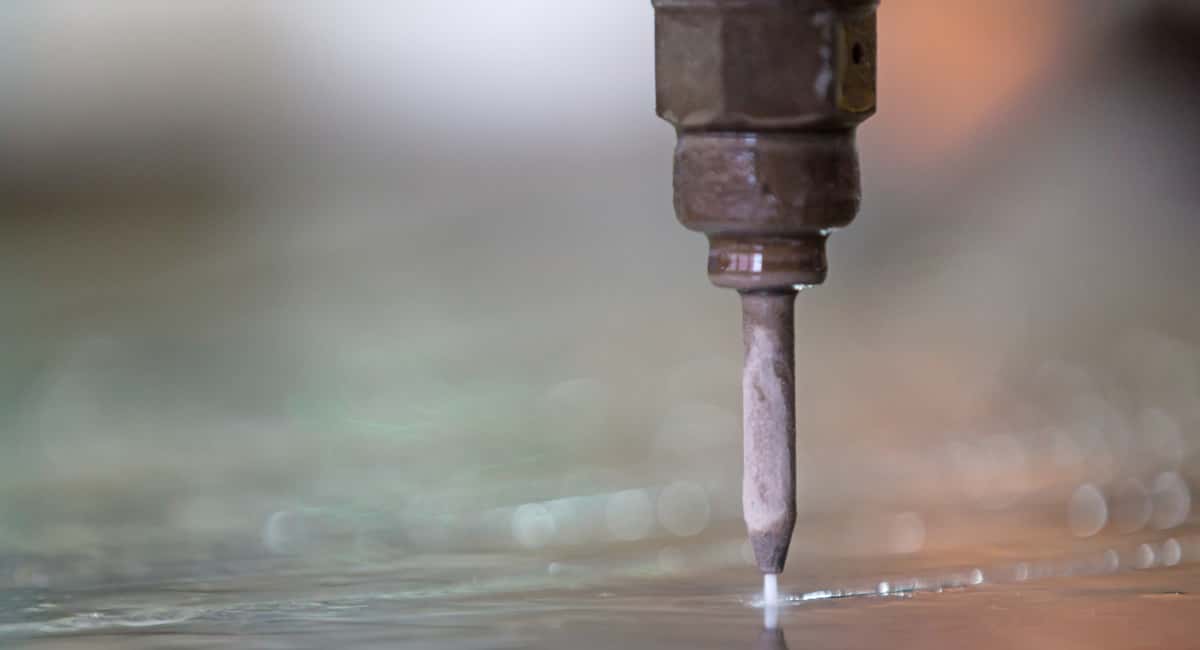 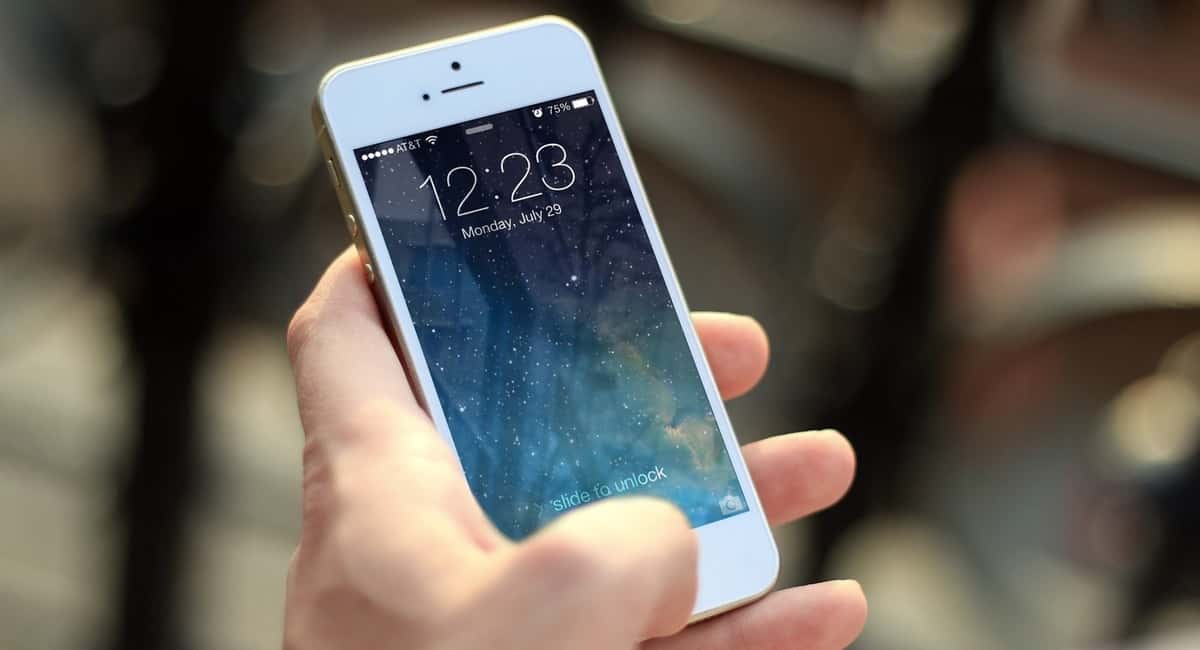