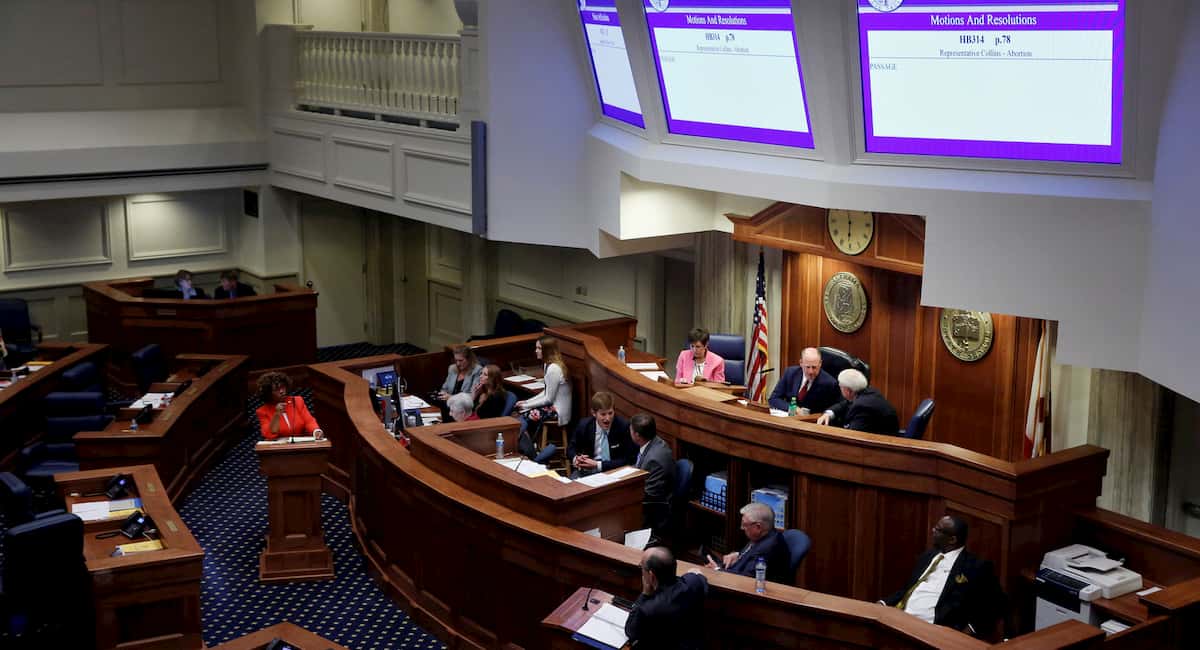 Florida GOP lawmakers recently introduced federal legislation requiring each state to uphold other states’ parental notification before abortion laws in both chambers of Congress. The Child Interstate Abortion Notification Act (aka CIANA) was introduced by Sen. Marco Rubio and Rep. Ileana Ros-Lehtinen in an effort to correct a “loophole” in abortion laws that allows a minor to cross state lines in order obtain an abortion without notifying her parents. Critics of the bill claim that it is hopelessly complicated,” as well as unnecessary.
0
Shares
0
0
0
0

Florida GOP lawmakers recently introduced federal legislation requiring each state to uphold other states’ parental notification before abortion laws in both chambers of Congress. The Child Interstate Abortion Notification Act (aka CIANA) was introduced by Sen. Marco Rubio and Rep. Ileana Ros-Lehtinen in an effort to correct a “loophole” in abortion laws that allows a minor to cross state lines in order obtain an abortion without notifying her parents.

Critics of the bill claim that it is “hopelessly complicated,” as well as unnecessary.

Ros-Lehtinen has introduced this bill many times before. According to a press release from her office, CIANA “has been previously passed by both the House and the Senate but it has never been sent to the President for his signature.”

According to Ros-Lehtinen, CIANA “makes it a federal offense to transport a minor across state lines to circumvent that state’s abortion parental notification laws.” Rubio’s office says the legislation will “ensure [that] state laws are enforced regardless of where an abortion may be performed.”

However, opponents of the legislation claim that, if passed, the measure will be hard to enforce, mostly because it is so complicated.

Ted Miller, director of communications for NARAL Pro-Choice America, tells The Florida Independent that the bill “is a government-run-amok legislative jumble that does nothing to either prevent unintended pregnancies or strengthen troubled families.”

“It is a complex set of inflexible bureaucratic mandates on families that are already under stress,” Miller says.

Sarah Lipton-Lubet, policy counsel for the American Civil Liberties Union, says CIANA presents “a number of legal and policy problems.” She says the bill “provides very few and narrow exceptions” to the parental notification law and it “creates delays during a crucial time.” Most legislation that restricts abortion access at least provides exceptions for cases of rape. CIANA does not.

Besides all the bill’s legal questions, Lipton-Lubet calls the bill “hopelessly complicated.” ”The bottom line,” she says, “is that this legislation doesn’t make any sense.”

The law would be applied differently depending on which state a teen is seeking an abortion in and which state she currently resides in. Lipton-Lubet explains that this quickly becomes complicated when you consider that some college students may be 17 years of age and living outside of their home states. Also, many young women live near borders, and the closest clinic may be in another state. This bill would create delays for young women in such situations.

We called Rubio’s office to ask for comment on multiple occasions, and we requested information on why he filed this bill. We have yet to receive a response.

When asked for reports or statistics that prompted her legislation, Ros-Lehtinen’s office pointed to a CIANA report filed by the GOP-led House Judiciary Committee back in 2005.

The report discusses five states (Pennsylvania, Missouri, Massachusetts, Mississippi and Virginia) that saw an increase in minors crossing state borders once state parental notification laws were enacted. In the bill, the “scope of the interstate problem CIANA addresses” is illustrated through a series of news articles and reports from the 1980s and 1990s.

According to the report (available in full below):

Research reveals that based on the available data the odds of a minor traveling out of state for an abortion increased by over 50 percent when Missouri’s parental consent law went into effect.
…

A study published in the  American Journal of Public Health found that in the 4 months prior to implementation of [a] parental consent law [in Massachusetts], an average of 29 Massachusetts minors obtained out-of-State abortions each month in Rhode Island, New Hampshire, Connecticut, and New York (data for Maine was not available). After the parental consent law was implemented, however, the average jumped to between 90 and 95 out-of-State abortions per month.

[A] study published in  Family Planning Perspectives, compared data for the 5 months before the parental consent law took effect in June 1993 [in Mississippi], with data for the 6 months after it took effect, [it] found that ‘‘[a]mong Mississippi residents having an abortion in the state, the ratio of minors to older women decreased by 13 percent.”

Virginia’s parental notification law took effect on July 1, 1997. Initial reports indicated that abortions performed on Virginia minors dropped 20 percent during the first 5 months that the law was in effect (from 903 abortions during the same time period in 1996 to approximately 700 abortions in 1997).

More recent reports were not included in the 2005 bill report. Neither the ACLU or NARAL were able to provide more recent statistics, either.

The same report cited by Ros-Lehtinen includes an analysis from the Congressional Budget Office, which estimates that the problem this bill addresses is “small”: “CBO expects that any increase in federal costs for law enforcement, court proceedings, or prison operations would not be significant, however, because of the small number of cases likely to be involved.”

NARAL’s Miller says “that politicians haven’t cited needs for this bill, other than pacifying a narrow segment of their far-right base.”

Rubio and Ros-Lehtinen introduced CIANA on the heels of the Florida Legislature passing a stricter judicial bypass bill that opponents say will “endanger the health of young women.” Gov. Rick Scott singed that bill a few weeks ago. Florida now has one of the most restrictive parental notification law in the country. North Dakota is the only other state that limits a minor’s access to courts when seeking a judicial bypass to the degree that Florida does.

State legislators on both sides of the aisle were opposed to the new measure, arguing that making it harder for a young woman to obtain a judicial bypass was “absolutely wrong” and that the state must “protect the privacy of these young women and make sure that they are not at risk when they go home.”

PPolitics
Florida Senate President Mike Haridopolos has promised an exciting first week of the legislative session, with bills from his constitutional amendment challenging federal health care reform to a revised version of last year's Senate Bill 6 scheduled to reach the floor. The so-called Smart Cap amendment, which would place a constitutional limit on state revenue, is set to join the lineup, having cleared its final two committees this week.
PPolitics
Florida Gov. Charlie Crist has now come out in support of a repeal compromise to the military's don't ask, don't tell policy — which bars openly gay