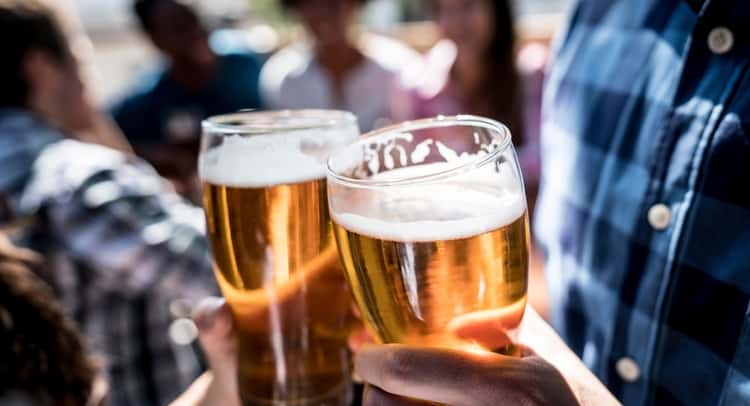 Road Trip for Brews: The Most Popular Beers By State

The beer industry sells $119.3 billion worth of beer to US customers. This means Americans really love their beer!

Are you a beer connoisseur who’s taking a road trip across the US? Add some brews into your road trip! But you shouldn’t drink the same beer in every state. Each state has a favorite type, brand, and style of beer.

Here are the most popular beers by state. And make sure you drink responsibly. 50 beers is a lot!

What’s On Tap? The Most Popular Beers By State

From classic favorites such as Budweiser to IPAs, the US loves a diverse selection of beers. We organize the most favorite brands and brewing styles and say which states love which beer the most.

Budweiser and its lower-carb alternative Bud Light are staples in American beers.

This brand is readily available across the country and you can find at least one person in a bar throwing down a Budweiser. But which states prefer the all American beer?

You’ll find a collection of states have a preference for Budweiser. For example, it’s the favorite beer in Alabama and the best-seller in most states, especially Missouri and North Dakota.

What is the next famous beer brand aside from Budweiser? That one is Miller. Miller Lite is a popular draft beer in many bars and restaurants. It’s a low-calorie which also packs in lots of flavor, even for its low price.

Who drinks Miller Lite the most? The Nation’s capital prefers this beer over any other.

If you really want to drink cheap in the US, drink PBR. The average PBR 16 oz can (called “tallboy”) costs $2.67. It’s not the best-tasting beer, but if you want to party then this is the beer to drink.

Where is PBR often enjoyed? The sunshine state takes this beer for its win. Tourists know Florida for its sunshine, beaches, and theme parks such as Disney World.

But hidden in Florida’s local scene you’ll find hipster millennial groups who thrive in Florida’s music and art scenes. These groups party hard by shooting down the cheap beer.

Florida is also known for its breweries. From Tampa’s Cigar City to South Florida’s Funky Buddha, these breweries are even known around the world!

If you’re new to the craft beer game, a good first place to start is a wheat-based beer. They’re easy to drink and have a distinct tangy flavor. Belgians are a popular style of wheat/barley beers because they have a fuller flavor.

These styles are especially popular in California. The warm weather makes it easy to drink a fruity beer such as Blue Moon. But don’t limit yourself to this beer.

California is renowned for hosting incredible breweries such as Stone Brewing.

These types of breweries offer a variety of styles, from hoppy IPAs to full-bodied porters and stouts. Santa Rosa, California is known as the microbrew capital of the US.

This ale yeast is a trademark in California and its versatility can create any type of ale.

If you’re a real craft beer nerd, you’re likely traveling the US to try some delicious microbrews. And a favorite style amongst craft beer aficionados is the stout.

Strong and full-bodied, stouts combine the best of bitter and sweet flavors to produce a unique beer.

Here are other states that favor the stout:

Be careful — these beers are strong and heavy!

The ale is another common type of brew in the US, but none is favored more than the amber ale.

Ambers balance out its flavors between bitter hops and malty caramel notes. This versatile brew is a staple amongst many American breweries.

But which states love the amber more than others? Mississippi favors the Abita Select Amber from Abita Brewing. Vermont is also keen on Switchback Ale by Switchback Brewing Co.

America is a country that’s tough. But Americans do love the fruitier side of things, even in their beer!

The most surprising state who loves fruit beer is Texas. The Lonestar State isn’t all cowboys and rodeos. Texans today are innovative and combine unique flavors in their beer.

Their favorite beer is Atrial Rubicite, which is an American ale brewed with raspberries as well as wheat, barley, and yeast.

Alaska has a soft spot for the Belgian brewery Lindeman. Their beer Lindeman’s Framboise is a raspberry-flavored beer which is perfect for the sweet tooth!

We’ll mention IPAs in a little bit. But many breweries mix some bitter fruit in these brews. Maine Beer Company’s Dinner Beer is the favorite for Maine beer enthusiasts. This beer adds grapefruit notes in the hoppiness.

IPAs are a hit or a miss for beer drinkers. Some hate the bitter hops flavor. Others can’t get enough of it. And many US states prefer the IPA over other beer styles.

Other states that love IPAs include:

If you want a lighter beer without the hoppy bite, then try a pale ale. This type of beer is easy to put down with only a slight hoppy flavor.

Ohio loves the Columbus Bodhi Double. This is a double imperial pale ale, meaning this beer is made with more hops and barley. The beer is strong but balances out the hoppy bitterness with malty flavors.

Are you looking to expand your beer knowledge and try new beers? The US is the country that loves different types of beer!

Now that you know the most popular beers by state, will you travel across the country and drink away? We hope you do (and please be responsible).

Bring Life to Every Party You Throw! The Best Games For Guaranteed Fun For All Ages

UI Design: How to Design a Mobile App User Interface Like a Pro 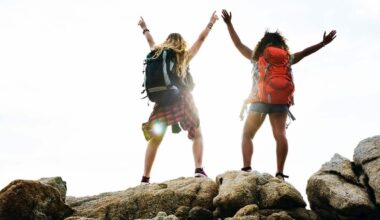 Read More
Table of Contents Hide 1. Plan Your Trip Ahead of Time2. Get the Right Gear3. Choose the Season…
TTravel & Entertainment 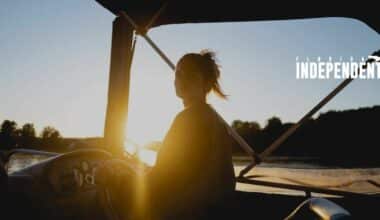 Read More
Table of Contents Hide 1. Calm Your Mind and Relax Your Soul2. Enjoy a Different Perspective of the…