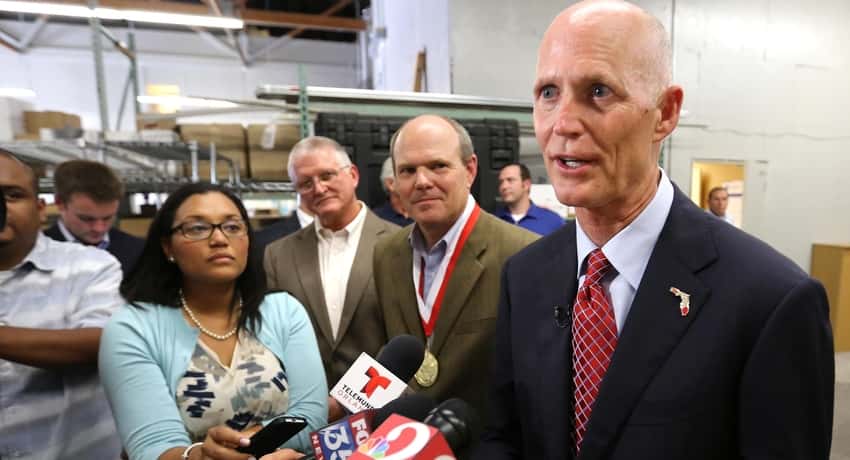 Republican gubernatorial candidate Rick Scott has faced repeated calls to release a deposition in a civil suit he gave earlier this year — first from his Republican primary opponent Bill McCollum, now from his Democratic rival Alex Sink. Scott, who defeated McCollum, has refused, calling the lawsuit by a doctor employed at a company Scott founded called Solantic a “private matter.”

And he is not likely to give in. Over the years, a lot of people have wanted to speak to Rick Scott under oath, and he has been very good at avoiding them.

He successfully avoided giving a deposition in 2000 while the company he ran was under criminal investigation. Scott’s lawyers helped him evade a deposition in a 2002 lawsuit against Solantic, the chain of walk-in clinics he founded. And when yet another plaintiff suing Solantic in 2008 successfully compelled him to give a deposition this year, the case was quickly settled with a confidentiality clause protecting the testimony.

One 10-year-old deposition in a contract dispute that surfaced recently shows why. Because of his controversial past running a hospital chain indicted by the feds for fraud, Scott elected to cite the Fifth Amendment’s protection against self-incrimination 75 times. The Fifth Amendment is only used when a person is worried what they say may implicate them in a criminal matter.

When that deposition was first publicized by the McCollum campaign, Scott’s spokesperson dismissed it as not relevant today and said that dredging it up was a sign of desperation by a candidate who was behind in the polls. But because questions about Scott’s role running a company found to be defrauding the government, and what he may have known about it, continue to dog him throughout the campaign, his current opponent, Sink, is likely to keep pressing the issue of transparency.

In 1994, Rick Scott and a partner bought the Hospital Corporation of America, and merged it with their company Columbia Healthcare Corp., forming the country’s largest chain of for-profit hospitals. Three years later, federal authorities began raiding hospitals in the chain amid an unfolding investigation into systemic Medicare fraud. In 1997 Scott was forced out, after being paid $10 million along with $300 million in stock. Scott has said that as the company’s CEO he takes responsibility for what happened. He has also said that he did nothing wrong and would not have condoned any illegal activities, pointing out that he was never even interviewed by authorities. That doesn’t mean investigators didn’t want to talk to him.

“Rick Scott, of course, does say he’s never been questioned during the investigation and was never charged,” says John Schilling, a former Columbia/HCA Medicare reimbursement supervisor, and one of two whistle-blowers who helped initiate the government’s criminal and civil investigations. “On the criminal side, I was working closely with the FBI. … I had conversations with the lead FBI agent. He told me directly he wanted Rick Scott, that he was a target.”

In 2000, two years before the criminal case was concluded, Scott was deposed in what appears to be a mundane lawsuit in which a company called Nevada Telecommunications was claiming that a contract allowing it to provide all the telecommunications services to Columbia/HCA had been breached. Citing the pending ”criminal investigations relating to Columbia,” Scott’s lawyer advised him to plead the Fifth to any question asked. “I would just like to note for the record the assertion of that right is not in any way an indication of guilt,” the lawyer, Steven Steinbach, said at the time.

During 30 pages of questioning, according to a transcript, Scott responded by reading a card that stated: “On the advice of counsel, I respectfully decline to answer the question by asserting my rights and privileges under the Fifth Amendment of the U.S. Constitution.” He said it a total of 75 times (although the first six times he said “respectively” instead of “respectfully”). The only question he answered was his name.

In March 2002, Schilling, who was part of a civil lawsuit against Columbia/HCA, scheduled Scott to be deposed. But defense lawyers said that until the criminal case concluded Scott would simply invoke the Fifth Amendment to any questioned asked. “It was agreed that we would postpone the depositions until after the government finished its case,” Schilling recalls. But Columbia/HCA pleaded guilty and agreed to settle both criminal and civil cases by paying $1.7 billion in settlements and fines later that year. As a result, there was no need to depose Scott.

By then, Scott was busy with his new venture, Solantic, a chain of Florida medical clinics. The company launched in 2001. In 2002 Solantic’s first medical director, Dr. David Yarian sued the company for breach of contract.

Solantic fired Yarian after four months, and Yarian claimed it was because he opposed the company’s discriminatory hiring practices. He says Scott explicitly prohibited him from hiring anyone who was overweight, or with a strong Hispanic accent, which interfered with Yarian’s attempts to hire the most qualified candidates. Solantic claimed it fired Yarian for violating company policy. Yarian’s lawyer tried to call Scott in for a deposition because Scott signed Yarian’s employment contract as the company’s chief executive officer.

“He signed my contract as CEO of Solantic,” Yarian recalls. “Then to avoid having to testify about discrimination, he claimed it was a clerical error and he was not CEO.” Scott’s lawyers argued that since Scott was simply an investor, Yarian had no right to depose Scott.

“Nobody makes a clerical error like that. You’re either CEO or you aren’t,” Yarian says, adding that Scott was a very hands-on manager. “Does anybody actually believe that?”

In 2008 another Solantic employee, Dr. P. Mark Glencross, sued the company, alleging that his name and medical license information were used without his consent or knowledge to license six Solantic clinics with the state. Glencross’s lawyer was able to depose Scott, but the case was settled with a confidentiality clause keeping the deposition private.

Steven Andrews — a Tallahassee medical malpractice attorney who has emerged as a fierce critic of Scott — filed a lawsuit to obtain the deposition in the Glencross case from Collier Court Reporting, the deposition’s custodian. During research for that lawsuit, Andrews found out about Scott’s 2000 deposition in the Nevada Telecommunications case.

“I believe it’s relevant today because of the numerous ads that he ran saying that he never gave an interview to the FBI and that he had no knowledge of any wrong-doing,” says Andrews, who donated to both McCollum and Sink. “His own words make the 2000 deposition relevant.”

Asked for comment, the Scott campaign declined to address specific questions, instead of sending this statement: “It is obvious that the Florida Independent intends to serve as an arm of the Sink communications team by drudging up old attacks and desperate lawsuits from Democrat campaign contributors and former disgruntled employees rather than a report about Mr. Scott’s experience creating jobs and his economic plan to jump-start Florida’s troubled economy.”

OOldPolitics
Last week, doctors and reproductive rights advocates announced that they will lobby the FDA to include birth control in a list of drugs that can be offered without prescriptions.
OOldPolitics 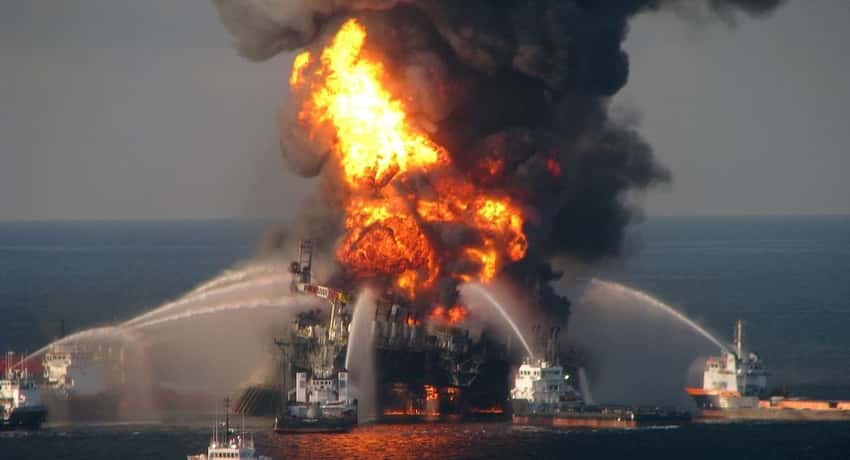