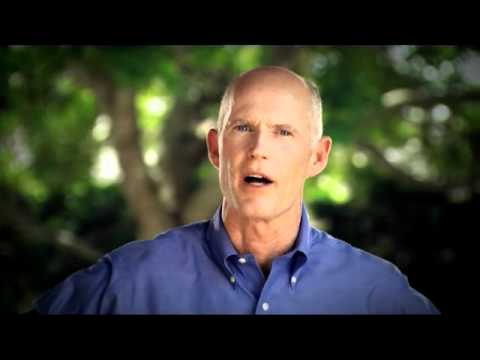 Rick Scott: New York mosque a ‘slap in the face for every fallen American’ (Updated)

In a new ad posted to his campaign YouTube page, Republican gubernatorial candidate Rick Scott chastises President Obama for speaking about “tolerance” when offering tentative support for the construction of a mosque two blocks from the site where the World Trade Center once stood. “Barack Obama says building a mosque at Ground Zero is about tolerance. He’s wrong,” Scott says in the ad, titled “Obama’s Mosque.”

The ad builds on rhetoric Scott used at a Sean Hannity Freedom Tour event in Orlando Saturday, footage of which is also featured on his YouTube page.

“Muslim fanatics murdered thousands of Americans that day, yards from where they want to build this mosque,” he told the crowd. “The leader of this mosque will not admit that Muslim extremists use terror tactics. The truth: This is a slap in the face for every fallen American.”

CNN reports that GOP candidates are being encouraged to discuss the mosque issue “as much as possible.” Scott’s potential Democratic opponent in the governor’s race, Alex Sink, has also voiced disagreement with Obama’s words on the mosque, as have Scott’s Republican rival Bill McCollum and U.S. Senate candidates Jeff Greene (D) and Marco Rubio (R).

I’ve emailed the Scott campaign for clarification on two points: the source for Scott’s claim that the leader of the New York mosque “will not admit that Muslim extremists use terror tactics” and whether it is misleading to title the ad “Obama’s Mosque,” considering the president has nothing to do with the mosque proposal itself. I will post answers as I get them.