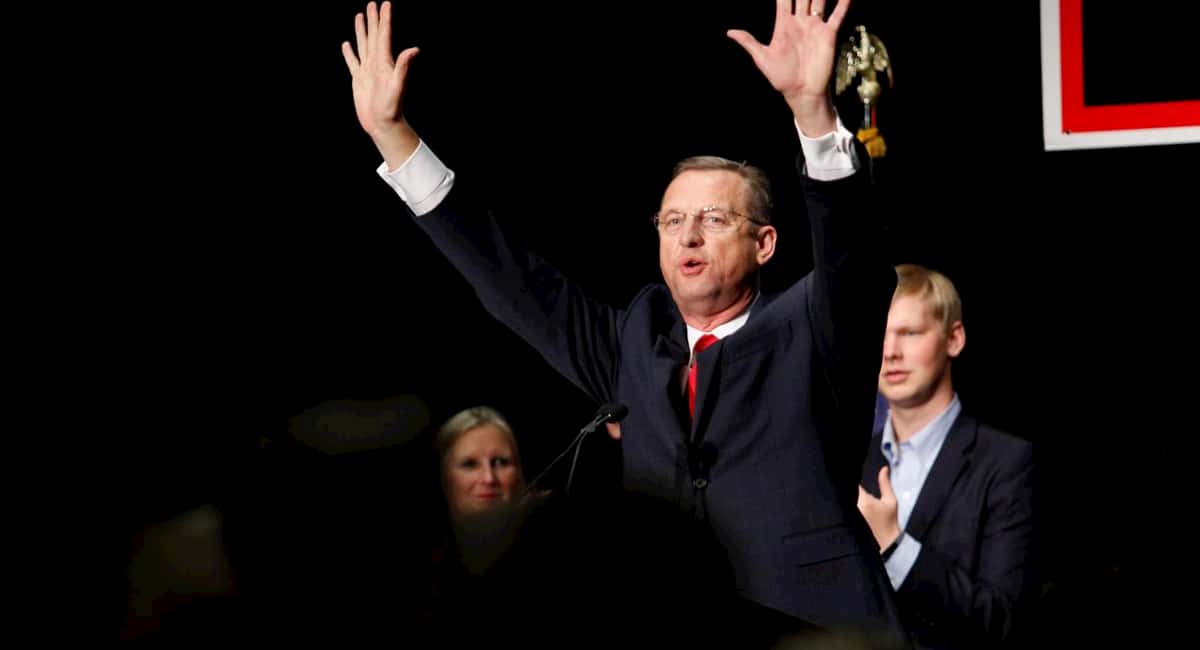 Taking a swipe at an unexpected group, U.S. Senate candidate Craig Miller tells Creative Loafing Tampa that young people are too reliant on the government and need to get off butt, go get a job, according to an interview posted yesterday.
0
Shares
0
0
0
0

Taking a swipe at an unexpected group, U.S. Senate candidate Craig Miller tells Creative Loafing Tampa that “young people” are too reliant on the government and need to “get off [their] butt, go get a job,” according to an interview posted yesterday.

During his interview with Loafing, Miller said:

“We’ve created a culture with our young people where ‘If you can’t find a job we’ll put you on the government payroll for 99 weeks, and we’ll extend it and extend it,’” he says. “At some point you have to step back and say, ‘Are we creating this whole idea that the government, every time somebody runs into a problem, is the outlet for the solution?’”

He then says his late father, who would have been 100 this year if he were still alive, would have laughed hysterically if he had to keep his son on his own health insurance plan until he was 26, as the Affordable Care Act (ACA) does.

Current research shows that young people have been strongly hit by the economic problems in the U.S. — much more affected than many other groups.

A report released last month by Demos, “The State of Young America,” found that “the percentage of young adults with jobs is at its lowest point in a generation.”

Here is just an excerpt from that study:

Unemployment among the youngest adults is almost twice the national average. Almost 60 percent of survey respondents said they would rather be working and earning more; not surprising given their falling incomes, particularly for less-educated young men.

While young people show a remarkable belief in the power of postsecondary education and postsecondary enrollment numbers, graduation rates are abysmal and there remains a significant achievement gap when it comes to race. Rising tuition is taking its toll, sometimes closing higher education’s doors to low-income students or forcing them to take out ever-increasing loans. Americans now owe more student debt than they do on their credit cards.

The cost of health care is rising as well, though coverage levels will likely improve over the next few years due to recent reforms. In fact, that trend has already started as a million young people joined their parents’ insurance plan over the past year. Nevertheless, young adults remain the most uninsured age group in the country.

Rent as a share of income is also rising, and the economic downturn has not helped. Almost 40 percent of 18 to 34 year-olds reported that their personal debt increased in the last four years.

Raising a family is similarly difficult. While Americans have delayed marriage and kids for a variety of reasons in recent decades, the Great Recession has taken a toll as well. The economy has caused one in four young people to delay marriage, 30 percent to delay starting a family, and 46 percent to delay buying a house. The high cost of child care and lack of paid parental leave (almost 90 percent lack it) make it even harder.

Just this week it was reported that the Affordable Care Act provision Miller criticized helped 2.5 million young adults find health insurance. As the Associated Press pointed out, “traditionally, young adults were more likely to be uninsured than any other age group.”

“Some are making the switch from school to work,” the AP reports. “Others are holding down low-wage jobs that don’t usually come with health care. And some — termed the ‘invincibles’ — pass up job-based health insurance because they don’t think they’ll use it and would rather get extra money in their paychecks.”

PPolitics
Florida Rep. Jennifer Carroll, R-Jacksonville, was the first black female Republican elected to the Florida legislature in 2003, and…
PPolitics
On Tuesday, we reported on overblown estimates of how much new water quality rules that limit the amount of waste allowed to be dumped in Florida waterbodies