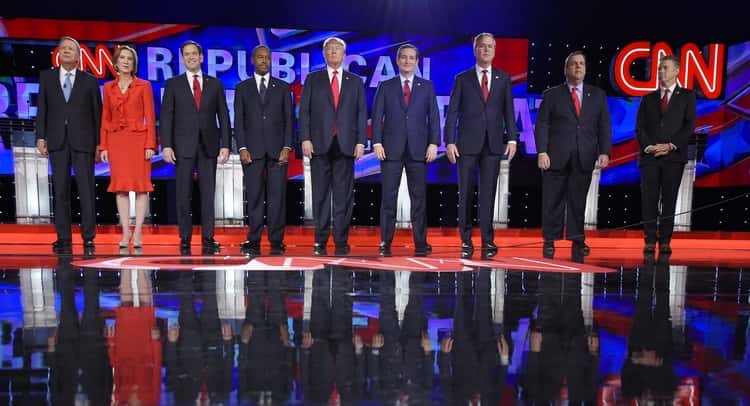 Almost the entire slate of statewide Republican candidates and a host of local candidates and elected officials united Saturday in Sarasota for a Taking Back Our Country rally. The message? A vow to oppose the Obama Administration on every level.
4
Shares
4
0
0
0

Almost the entire slate of statewide Republican candidates and a host of local candidates and elected officials united Saturday in Sarasota for a “Taking Back Our Country” rally. The message? A vow to oppose the Obama Administration on every level.

As the crowd munched on free pulled-pork sandwiches, beans, and coleslaw, Joe Gruters, chairman of the Republican Party of Sarasota County, kicked off the event by calling the day — the ninth anniversary of 9/11 — a “special day for Sarasota” because President Bush was making an appearance in a local school at the time of the al-Qaida attacks. Gruters praised Bush’s post-9/11 leadership, saying he “held our country together” through faith and a strong commitment to national security.

Gruters also stressed the need for unity among Republicans after the long and often ugly primary season. “We have to move past the issues that divide us,” he said, rallying the crowd by calling President Obama an “extremist” moving the country toward “socialism.”

Gruters’ words set the tone for the event to follow, which featured a slew of homilies about American exceptionalism and calls for unity, even as a candidate after candidate derided the Obama Administration. The crowd — estimates of its size range from “nearly 2,000″ to “nearly 4,000″ — applauded vigorously when attorney general candidate Pam Bondi pledged to do “everything in [her] power to fight ObamaCare” and to “continue to fight for our state’s rights.”

Gubernatorial candidate Rick Scott also promised the crowd he would fight to “repeal ObamaCare,” although he did not state specifically how, as governor of Florida, he could affect congressional legislation. That didn’t stop him from promising “no more stimulus spending” either.

References to illegal immigration also drew an enthusiastic response. Scott’s running mate, Jennifer Carroll, said that there was no issue more important today than “securing our borders,” and that Floridians don’t realize “how vulnerable we are.”

Rep. Vern Buchanan, who faces an easy reelection bid this year, also fired up the crowd by discussing illegal immigration, citing a bill he sponsored to make English the official language of the U.S. He also asked the audience for help to “fire Nancy Pelosi.” “We need to stop the spending, stop the bailouts and stop the stimulus,” he said to loud applause.

Senate candidate Marco Rubio headlined the event, and his appearance was clearly the draw for many of the attendees — who waved flags and signs etched with phrases like “Liberals Move on Out!” and donned red, white, and blue clothing and T-shirts bearing slogans like “Defend Your Constitution.”

“We are better than any other nation that has existed in the history of the world,” Rubio said, referencing the nation’s reaction to 9/11. That sparked chants of “USA! The USA! The USA!”

Rubio called this November’s elections a “referendum” on our nation, saying voters will choose between remaining an exceptional nation or becoming “a country like every other.”

Rubio generally avoided explicit attacks on Washington Democrats, surprising considering he was one of the few candidates present who will have some say over federal policy. Rubio’s words contrasted with much of the rhetoric used earlier in the day, best summed up by a campaign promise issued by Rick Scott: He told the revved-up Republican crowd that he wants to stop ”Obama from telling us how to lead our lives.”

PPolitics
With a degree in marine toxicology and a few summers’ experience working on a salmon boat, Riki Ott…
PPolitics
Read More
In Washington, the prospect of a comprehensive energy bill passing this year is growing increasingly dim, with some…