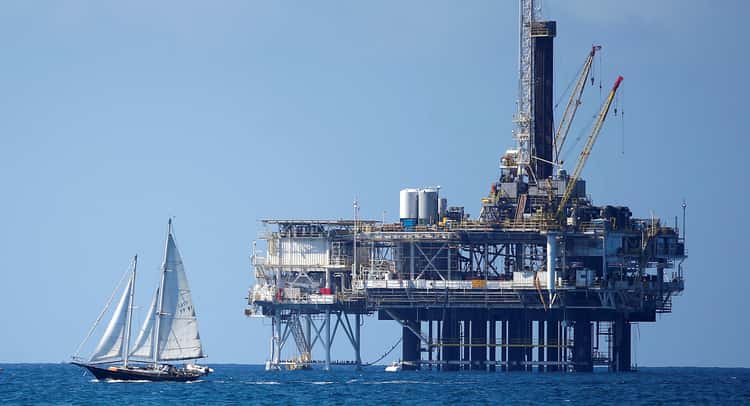 At a forum last week for statewide candidates, Republican Senate candidate Marco Rubio reiterated his position in favor of offshore oil drilling, arguing that it will help America achieve energy independence. But a study completed earlier this year for the Florida legislature undercuts that argument, especially for the portions of the Gulf of Mexico closest to Florida.

Earlier this month, Rubio told CNBC’s Larry Kudlow that he supports offshore drilling, even off Florida’s coast, provided we can ensure that a spill like Deepwater Horizon will not happen again:

The Tallahassee Democrat provides a helpful interactive map of the existing restrictions on offshore drilling, which cover most of the eastern portion of the gulf. Rubio has not specified which of these restrictions, if any, he would like to maintain. His argument focuses on the importance of reducing our imports of foreign oil, and the fact that drilling off the coast of Cuba threatens our shores already.

Rubio’s argument deserves a closer look. A report released this year by the Collins Center for Public Policy explored the potential benefits of expanding drilling off Florida’s coast. At least in terms of energy security, there aren’t many benefits to be had.

Aside from acknowledging the adage that every little bit helps, the development of oil and gas resources in both Florida’s state submerged lands and the federal waters in the Eastern Gulf of Mexico would have no discernible impact on the state’s or the country’s dependence on foreign oil.

Estimated oil reserves for the majority of Florida’s state waters are approximately 110 million barrels. Production derived from these reserves would boost U.S. supplies by a small fraction of 1 percent. To put that in context, the total estimated amount of oil reserves in Florida would satisfy the U.S. demand for oil (approximately 20 million barrels a day) for less than a week.
Estimated oil reserves in federal waters in the Eastern Gulf of Mexico are more substantial, about 4 billion barrels. Still, the production volumes to be derived from these reserves pale in comparison to those in the Central and Western regions of the Gulf of Mexico and would not boost U.S. production by more than 1 or 2 percent.

Given the limited benefits (not to mention the growing opposition among Floridians), why would a candidate for Florida’s U.S. Senate seat not support a continued moratorium on drilling off Florida’s coast?

Job site created in the wake of gulf oil spill

PPolitics
+ Another oil rig has exploded in the Gulf of Mexico. + There will be no special session…
PPolitics
As the deadline for filing emergency payments approaches, claimants turned away by the oil spill compensation fund are hoping to find relief when the next phase of the process begins next week. Thousands of claims remain in limbo as the fund weighs difficult policy decisions about whom should get paid, and complaints of inconsistencies and unexplained denials continue to mount.