Florida business and faith leaders who spoke as part of a National Immigration Forum press conference on Wednesday said proposed state legislature immigration bills are harmful and that immigration is a federal problem that requires a federal solution.

Homeland Security is responsible for the nation’s three immigration agencies: U.S. Citizenship and Immigration Services, Customs and Border Patrol Protection, and Immigration and Customs Enforcement (aka ICE). (Corrected: Thanks to Dishonorably Discharged below.)

From the beginning of the Obama Administration, there has been a tension between enhanced immigration enforcement and a push for comprehensive immigration reform (CIR).  This tension increased significantly in 2010 as the Administration ramped up its immigration-enforcement efforts at the expense, many believe, of the very people most likely to benefit from legalization and CIR.

The report adds, “the public looked to the President and his Department of Homeland Security (DHS) for some measure of immigration relief. For the most part, they didn’t find it.”

Mary Giovagnoli, director of the Policy Center, said during a Tuesday conference call that the Obama Administration insists its hands are tied because of Congress’ inaction. Giovagnoli adds this conclusion is unwarranted given the wide branch of authority given to Homeland Security and the president, and short-sighted now that Congress is fixated on a budget battle and posturing.

The report focused on key themes: prioritization, transparency, and coordination suggested by Homeland Security itself.

The report indicates that ICE prioritized deportations, reaching record numbers in 2010, but “many of the approximately 400,000 aliens removed did not fit into the priority categories established by ICE, indicating a double standard and a lack of implementation.”

The report states that this problem stems from ICE’s reliance on state and local law enforcement through the 287(g) and Secure Communities programs.

Citizenship and Immigration Services, meanwhile, had a continued emphasis on supporting and expanding the role of the Office of Citizenship, through several programs. The agency also improved the operation of E-Verify, but concerns about detecting identity fraud, employer non-compliance, and the effects of erroneous non-confirmations on workers remain.

The Policy Center study concludes that the immigration agencies show more openness, but the results vary from one agency to the other.

The report indicates: “The creation of a Risk Assessment Tool to determine eligibility for release from detention was a positive step, but its implementation has been delayed until January 2012, and the latest version has not been shown to advocates.”

And Secure Communities “appears to intentionally operate behind a veil of bureaucracy and secrecy, generating serious questions about who will really be targeted and whether and how localities can decline to participate in the program.”

Customs and Border have begun to meet with immigrant advocates but maintains its reputation as being largely closed to public input and only releases internal information after official requests for public records are filed.

Finally, Giovagnoli added there is a lack of Homeland Security coordination. The three agencies do not coordinate and continue to operate on separate plains with different approaches on the same issue or case. There is no structure of coordination through an undersecretary of immigration.

OOldPolitics
The City of Miami Beach paid Harold Strickland a $75,000 settlement Monday, the result of a lawsuit Strickland filed for a wrongful arrest in 2009.
OOldPolitics 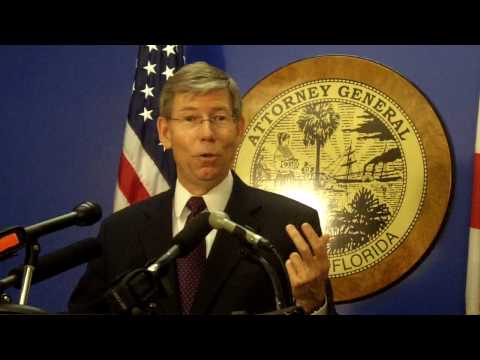