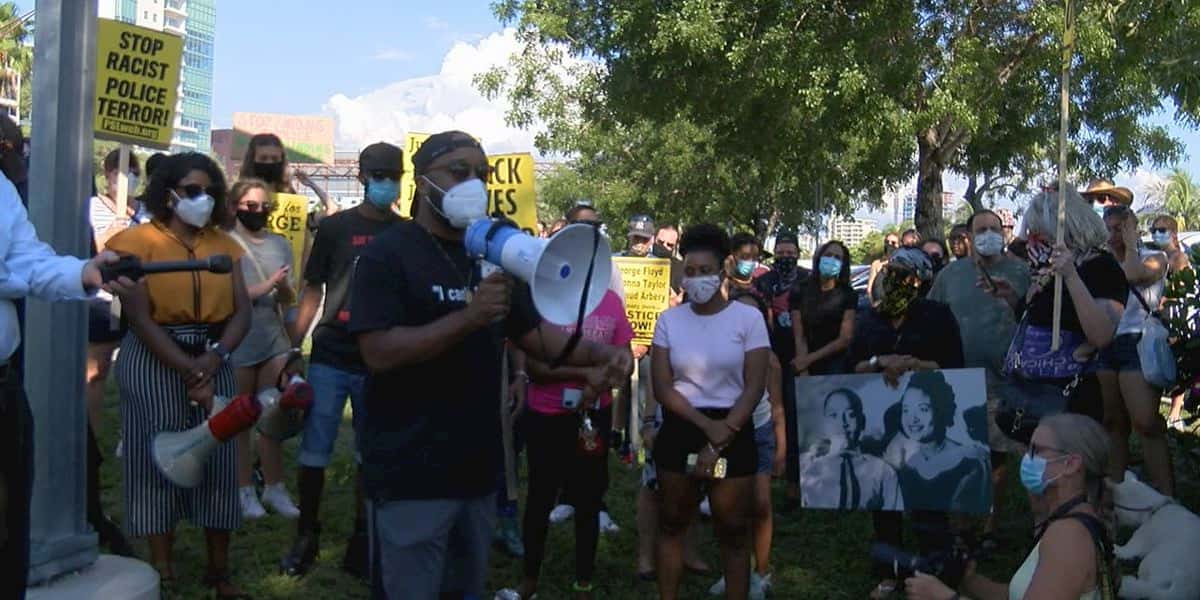 The Herald-Tribune is reporting today that the Sarasota chapter of the American Civil Liberties Union is investigating the arrest of a protester with Occupy Sarasota this past weekend.
0
Shares
0
0
0
0

The Herald-Tribune is reporting today that the Sarasota chapter of the American Civil Liberties Union is investigating the arrest of an Occupy Sarasota protester this past weekend.

Police arrested 40-year-old Chris Young for writing slogans in chalk on a sidewalk outside Five Points Park in Sarasota this weekend. Young was protesting the American Legislative Exchange Council (ALEC), a powerful right-wing public policy group. The group has influenced legislation in states all over the country, including Florida for the past few years.

According to the Herald-Tribune, Young was charged with “trespass, resisting arrest, obstructing pedestrian traffic and tampering with public property.”

The tampering charge is based on a city ordinance that states: “No person shall in any way tamper or interfere with any of the property owned by the city.”

Young spent hours in custody before friends posted his $1,240 bail.

“The arrest of a disabled veteran for writing peaceful messages in chalk on the sidewalk is unjustified and over the top,” Barfield said. “Our constitutional right to liberty and freedom cannot defend itself. The ACLU of Florida will ensure that Mr. Young’s constitutional rights as well as those of every citizen are protected.”

Young, 40, was home recuperating from his arrest Sunday afternoon. He was elated by the news of the ACLU inquiry.

“This is excellent. I can’t be more pleased about actual caring people coming to the aid of a peaceful citizen,” he said. “There’s going to be an outcry when people see the truth come out.”

Mike Barfield, with Sarasota’s ACLU chapter, told the newspaper that “the First Amendment protects this type of conduct… this is about as pure a free-speech issue as you can get.”

PPolitics
Read More
Yet another high-profile conservative has confirmed that he will be addressing the crowd at Ralph Reed's annual Faith and Freedom conference. This time it is an even bigger get: Donald Trump.
PPolitics
Gov. Rick Scott sparked a debate when he released the salary data on dozens of professors at Florida's public universities. The move, said a Scott spokesperson, was simply about transparency. Critics, however, argued the data was released as part of Scott's effort to push for major higher education change in the state. Now examination of the data by the Orlando Sentinel reveals that Florida professors actually earn less than the national average.