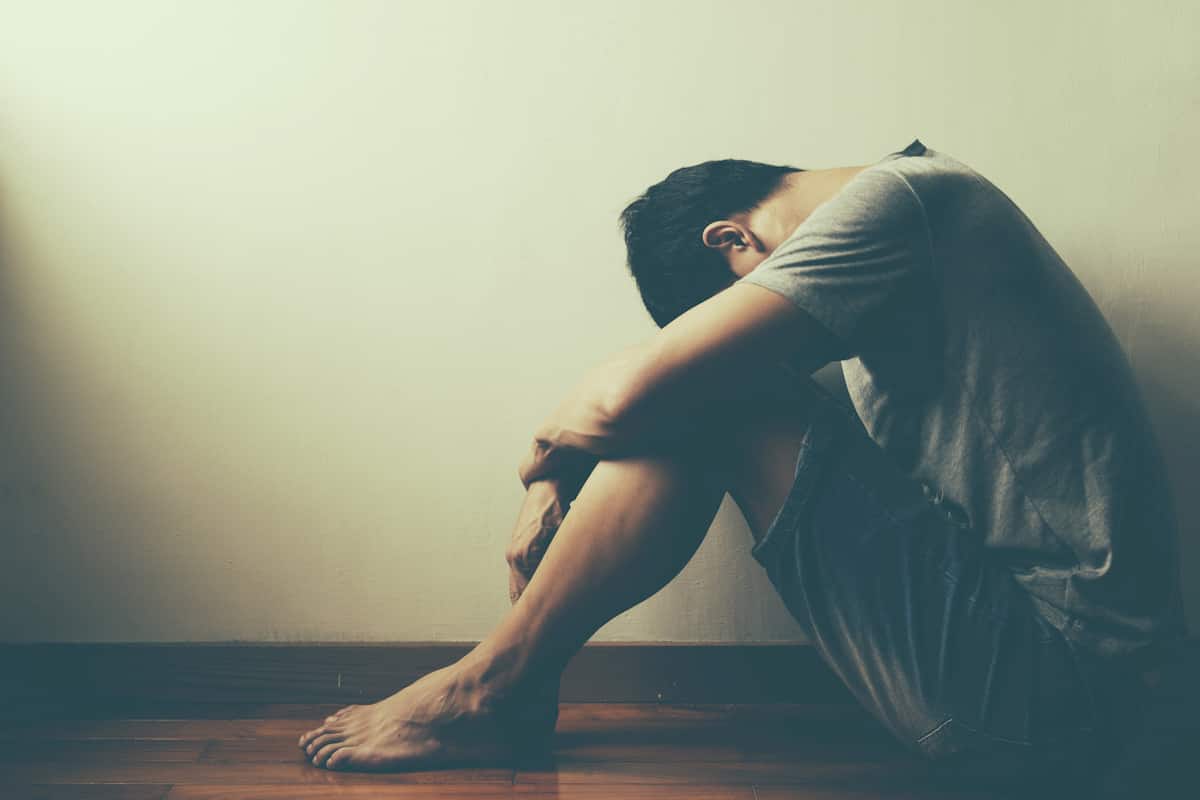 Discussion about mental health has been something of a taboo for many decades. Thankfully, the hard work of doctors, researchers, and mental health advocates seems to be chipping away at that stigma. At the same time, there is a long way to go.

Mental health in men has always been a hard issue to tackle for a number of reasons. Culturally, men often think they must project an image of toughness in order to be respected. Traditional masculinity, taken to the extreme, basically has men pretending to be invincible.

Unfortunately, many men often think admitting to mental illness and seeking help is a sign of weakness. The reality of the situation is very different.

Ignoring a mental illness doesn’t make it better. Join us as we review ways to promote positive mental health in men and the benefits that can bring to their lives.

Loneliness is one of several major problems many men with mental health problems struggle with. This is understandable considering what was mentioned above; if you’re trying to hide your mental illness, you might isolate.

Unfortunately, isolation is often one of the worst things that can happen to a person struggling with mental illness. You can get caught up in a vicious mental cycle with only your own voice to try and break you out of it.

This self-isolation can also trick people into thinking their friends aren’t willing to help them. In reality, many (or even most) of a person’s social network might not even realize they are struggling.

Reaching out to a friend can help make it clear to them that you care. You don’t need to push hard if they don’t immediately want to talk or be with you. Instead, make it clear you’re open and remember to invite them to events and gatherings, even if they tend to decline the offer.

If you’re concerned for a friend, also be on the lookout for signs of a more severe crisis. While a bit beyond our scope, knowing things like the signs someone is a suicide risk, and some ways to help guide them to safety, can literally save lives.

The more people talking openly about men’s mental health, the less stigmatized it becomes. If you’re able to talk openly about your own mental issues (and it’s okay if you cannot), that can be an even bigger help.

As the public’s understanding of mental health improves, so does everyone’s understanding that people struggling with mental illness aren’t to blame for their issues. This both helps men understand it is okay to struggle and helps prevent those who do open up about their issues from being accused of some imagined weakness.

Even occasionally talking about these sorts of things on social media, especially if you cite credible sources, helps those in your friend group see you care about their issues. While that obviously won’t suddenly fix their problems, it can at least help them feel acknowledged and validated.

The American idea of what “makes” a man has evolved a lot even over the past twenty years or so, let alone the last hundred. All the same, there are definitely segments of the population who still think a person is only a man if they meet certain criteria.

As we briefly mentioned before, one of the most dangerous ideas is that a man should just be tough enough to quietly deal with problems. While exactly why is complicated, many men even avoid going to the doctor as much as possible.

This isn’t how problems get solved! There are supplements that may help men deal with low libido or ED (such as Viril-X) and tons of doctors one can talk to both in-person and online if you struggle with serious mental health problems.

Claiming one needs help, be it through supplements, prescribed medication, or even just talking to someone, is silly. The medical research is in (and has been for a long time); ignoring mental illness doesn’t help.

While basically anything taken to an extreme can be bad, there are definitely several habits that medical professionals generally agree are good to engage in.

Exercise and caring about one’s fitness has been shown to dramatically impact a person’s health and moods. While there are definitely examples of unhealthy exercise, exercise is overall a great way to feel good both physically and mentally.

What’s useful about exercise specifically is that, for better or worse, it is already largely considered a “masculine” activity. This often makes it an easier sell to men who might still be a bit reluctant about shedding certain hangups they have about gender norms.

Healthy habits can make the uphill battle of cutting unhealthy habits much simpler. Alcohol overuse, smoking, and even hard drugs are all easier habits to kick if you can keep engaged in other ways.

Even simple things like teaching people how to cook food that both tastes good and is healthy can help get them into the habit of treating their body and mind better. Don’t forget that your brain is part of your body; a healthy body often improves mental health even if it obviously can’t fix everything.

When most Americans imagine a man, they imagine a cisgender, straight white man. This isn’t especially surprising; a lot of the fiction and non-fiction we are exposed to highlight that specific subset of the population.

There is absolutely nothing wrong with those sorts of stories existing. However, diversity in stories helps minority populations feel represented. That representation can be empowering and help men feel like the wider community cares about them.

Highlighting stories with men of color, different sexual orientations, who are transgender, or have basically any of the traits Americans tend to think of as “other” helps in a lot of ways.

These sorts of stories can help remind us that what it means to be a “man” is a beautifully diverse thing. It can help destigmatize the plights groups different than ourselves struggle with and encourage people to reach out to those groups to help.

Mental illness can often make people feel powerless. Human beings tend to compare themselves to others. There can be this feeling of coming up short if someone can easily do something you struggle with.

That sort of feeling has a serious toll on your mental health. Many people’s self-esteem is reliant on feeling competent and like they can live at least mostly autonomously.

If a man has a mental health (or any other) condition that impacts their autonomy, they might feel inadequate.

The realities of this part of the mental health discussion can be complicated. Some people’s mental illnesses really do mean they can never be fully autonomous. There are chronic conditions where a person is going to need some form of lifelong aid to live their best life.

However, regardless of a person’s situation, they deserve to feel useful and empowered. Whether it is job training, social programs, or even just encouragement, making someone feel like they matter can go a long way to improving mental health.

People who struggle with mental health issues can sometimes lash out and hurt others. This doesn’t excuse toxic behavior but it does mean that sometimes forgiveness might be a necessary part of their learning to cope with their poor mental health.

If you know someone who has said or done something that hurt you, it’s perfectly justified to explain to them that they hurt you and to ask for an apology. If what they did was especially harmful, it might even be justified to cut them from your life.

At the same time, people can change. It can be tremendously helpful for someone who is learning to cope with any internal struggles they might have to be told you understand they’ve changed. Acknowledging someone’s growth can feel validating and help remove some of the guilt they might feel about past mistakes.

This is definitely a method that doesn’t apply to every situation. Some situations are too serious for blanket apologies and others may not call for them at all.

(For example, telling someone who is depressed you forgive them for not joining your social gatherings won’t be helpful at all. That both isn’t their fault and isn’t serious enough that they should have to feel bad about it. It might actually make them feel worse if you imply they should feel guilty about the situation.)

Method 8: Ease the Burden of Responsibility

For a complex mix of social and cultural reasons, men tend to work more hours than women do. Now there is much more to that statement than just “men work more” since women also tend to take care of the home and other family affairs more, but it is still worth talking about.

While long hours don’t necessarily mean unhappy hours, being that busy definitely takes a toll on one’s mental health. It’s also worth noting that studies suggest those types of hours are often unproductive; workers just get too burned out.

Where do you come in? Well, it depends on your relationship with the man (or anybody who is especially busy) in question.

If they are a spouse, it is worth considering trying to find some other source of income to help split the responsibility of breadwinning. This also will let you touch on our Method 3, since it can open up a conversation about how overworking doesn’t have to equal manliness.

As a friend, you can just acknowledge the person works very hard. Offer to shoulder some of their other responsibilities. Occasional babysitting or cleaning can go a long way.

Method 9: Give People Time to Heal and Adjust

Whether a person’s mental health struggles are chronic or temporary, even the best help will take time to do much good.

You cannot expect someone to become better overnight. It can take weeks, months, or even years for a person who is receiving help to see major improvement. Everyone is unique and every situation different.

Just note this isn’t to say you should ignore someone until they get better. It means you need to be patient. Some days your help will be appreciated and others it may get stonewalled.

What’s important is that you actively try and help whoever is struggling in your life without suffocating them. Listen when they say they might need space or aren’t sure they are up to a particular social gathering or not. You can try and come up with alternative ideas but don’t just keep pushing and pushing.

Even once someone accepts they need help and are trying to get better, there will be days where they can’t really do anything. Do your best not to get angry or frustrated. After all, even people with the best mental health have days where they don’t feel up to everything!

There’s a not so secret thing you need to remember when it comes to mental health in men; men are just people. Most of the things that tend to help or hurt women work about the same on men.

Sure, a lot of the above mentions issues men deal with more than women on average, but what’s most important is just talking to whoever you’re concerned about and identifying their own unique situation. You may even be able to find unique solutions, perfect just for them!

If you liked this article, why not read some more? We have plenty of great content on a wide variety of content; we’d love to share it with you!

What Types of Knee Braces Are Available on the Market Today?

7 Black Friday Shopping Mistakes and How to Avoid Them