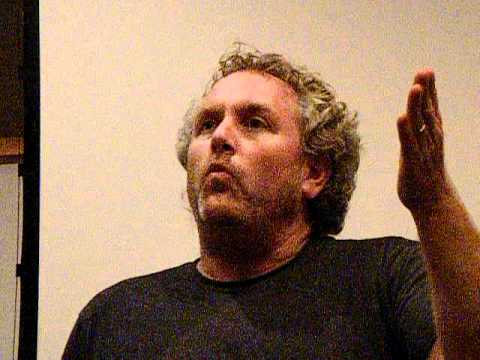 During a recent tea party meeting in Boston, political commentator Andrew Breitbart made a slew of controversial comments about the divide between liberals and conservatives. Breitbart, who often appears on Fox News and runs the media syndicate breitbart.com, will be appearing in Orlando on Saturday alongside a host of Florida Republican elected officials.
0
Shares
0
0
0
0

During a recent tea party meeting in Boston, political commentator Andrew Breitbart made a slew of controversial comments about the divide between liberals and conservatives. Breitbart, who often appears on Fox News and runs the media syndicate breitbart.com, will be appearing in Orlando on Saturday alongside a host of Florida Republican elected officials.

“There are times where I’m not thinking as clearly as I should, and in those unclear moments, I always think to myself, ‘Fire the first shot.’ ‘Bring it on,’” Breitbart said. “Because I know who’s on our side.”

According to Breitbart, because conservatives trump liberals in sheer numbers, they would easily win a war between the two.

“They can only win a rhetorical and a propaganda war,” he said. “They cannot win. We outnumber them in this country, and we have the guns.”

Though his comment that conservatives “have the guns” was met with laughs by the audience, Breitbart went on to say that he was serious: “I’m not kidding. They talk a mean game, but they will not cross that line, because they know what they’re dealing with. And I have people who come up to me in the military, major-named people in the military, who grab me and they go, ‘Thank you for what you’re doing; we’ve got your back.’”

“So there’s just a part of me that wants them to walk over that line,” Breitbart said.

Later, when asked why he is so confident that conservatives would win an electoral battle against liberals, Breitbart clarified his statements: “They’re talking about an electoral battle, and I’m talking about if they want to take it to the point of a civil war, and it goes to the streets, we’re the guys that have the guns. The people in the military who are not supposed to be political, when push comes to shove, they’re gonna be on our side.”

This Saturday, Breitbart is slated to appear alongside Florida Attorney General Pam Bondi, CFO Jeff Atwater, Agricultural Commissioner Adam Putnam, Senate President Mike Haridopolos and House Speaker Dean Cannon at the Presidency 5 event in Orlando. The event is being organized by the Republican Party of Florida, which tweeted today that it is “excited to have @AndrewBreitbart be a part of our Saturday morning program.”

OOldPolitics
Texas Gov. Rick Perry will be dropping out of the Presidential race today, according to Politico. Perry is expected to make the announcement in a press conference sometime before tonight's debate, and will likely support Newt Gingrich's candidacy.
OOldPolitics
Politico reported this morning on how the ethical troubles of Rep. David Rivera, R-Miami, are affecting his relationship with the House GOP caucus in Washington. Neither Majority Leader Cantor nor Speaker Boehner have said anything publicly since Rivera is still under investigation by Florida law enforcement, but quietly, they are frustrated and even planning for his replacement.