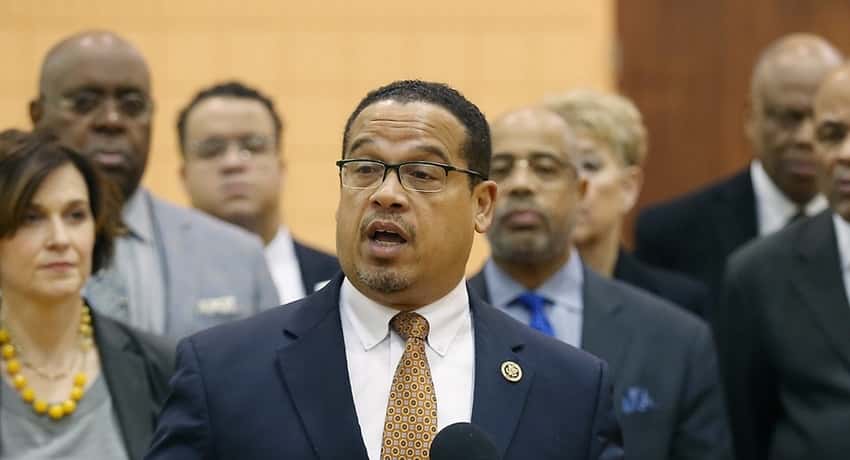 “Politics was never in the plan,” says Deborah Gianoulis, a well-known Jacksonville news anchor and longtime nonprofit board advocate, who is now running against Republican incumbent John Thrasher for Florida’s District 8 Senate seat. ”I spent 25 years in journalism and, especially within the past few years, I’ve been seeing firsthand how unresponsive politicians are to their constituents.”

Gianoulis formed her campaign in late June — she qualified just one day before the cutoff date. After the controversy surrounding Senate Bill 6, which would have required that teachers be evaluated and paid based on their student’s test scores, she felt that the lack of consideration for “what locals have to say” was simply too great, and she threw her hat in the ring. “How can you possibly pass education reform without consulting the boots on the ground?” she asks. “The idea that representative government is not representing the people is just fascinating.”

Gianoulis is now in the midst of a challenging campaign, facing Republican John Thrasher, anything but a political newcomer.

A former House Speaker, Thrasher has a history of claims of back-room lobbying deals that have gotten him in trouble. In 2001, Thrasher paid a $500 fine for lobbying state lawmakers within two years of leaving office, his second such penalty.

The mere fact that he currently acts as the head of the state party is a problem, according to Gianoulis. “It’s a full-time job just representing the district,” she says. “I intend to work intensely hard if I am elected, and I can’t imagine how [Thrasher] can be holding two jobs right now. He has to be moonlighting for one or the other.”

The Thrasher camp says his role as chairman is secondary to his work in Tallahassee. “The senator has always been a senator first and has always made his constituents his first priority,” says Sarah Bascom, Thrasher’s campaign manager.

Gianoulis says she isn’t worried about the challenges facing her:

I’m not a fearful person. I think that it’s important to stand up for what you believe in. I’ve seen statesmanship in Tallahassee before with Jim King, and it’ll come again. I’m challenged when it comes to fundraising, definitely. I’ll never be able to out-fundraise my opponent. Fundraising favors incumbents.

Gianoulis has at least one major thing working to her advantage: name recognition. In 1977, she became Jacksonville’s first female news anchor and worked in the business for nearly 25 years.

According to at least one poll, which was commissioned by the Florida Democratic Party and obtained by The Florida Times-Union, the familiarity of Gianoulis’ name and face have gone a long way toward solidifying success in the race. That poll has Gianoulis leading Thrasher by a margin of 46-43, and says this of her popularity: “In the Jacksonville media market, her rated name ID is a staggeringly high 55% — unheard of for a first-time candidate.”

Gianoulis says the fact that her opponent ”knows the political machine inside and out” is one of the perils of a lifetime spent in politics. “I think what happens when you spend so much time in an echo chamber, you get tone-deaf,” she says. “I don’t think anyone means to, but, especially when power is a motivator, you lose touch.”

“Sen. Thrasher is not out of touch with his community,” says Bascom, adding that Thrasher shares his constituents’ “values and concerns and tirelessly fights for them.” Bascom calls Thrasher a “reformer” and a “strong, principled leader who can stand up to hard challenges.”

Gianoulis says that jobs and the economy are top issues for Florida and that tax credits for businesses and education are ever-important. In 2009, she became the chair of Save Duval Schools, a grassroots organization that focuses on strengthening public education through legislative efforts.

Other issues concerning Gianoulis? Tourism, which she says was highlighted following the gulf oil spill: “We had a lot of people coming over here [to the East Coast] and discovering that we, too, have great beaches and great entertainment. We need to ensure that our fishing and recreational industries are strong.”

She says that protecting Florida waters is crucial, a sentiment shared by her opponent. During a recent Jacksonville river caucus, Thrasher pledged to create a River Caucus during his next term in office. Gianoulis says she finds that idea commendable: “I look forward to being a part of a river caucus, but this is not just a blue-ribbon issue. We have to rely on good science to protect our rivers. There’s a balance that can be achieved.”

Norman officially files his appeal to remain on ballot

Congressional candidate Adams does not believe in evolution

PPolitics
In a new email, District 3 candidate Mike Yost says that the state Senate's proposal for Florida new congressional map fails to meet equal protection standards, specifically in the district for which he is campaigning. Even more, Yost writes that he is prepared to file suit should the Senate's version be enacted into law.
PPolitics
Kaiser Health News reported this past Friday that part of President Obama's strategy to maintain his lead in the polls with women voters is to tout the health care reform law, which will eventually close gender disparities in health care coverage.