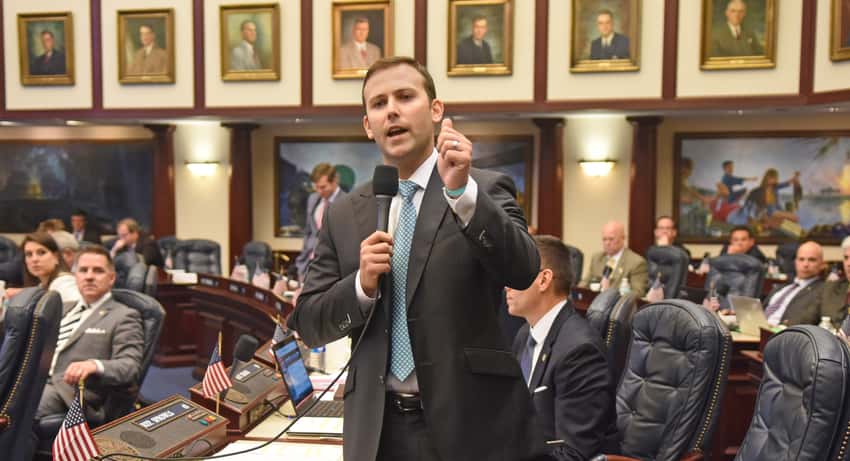 In race for governor, Sink and Scott’s tax plans up against Florida’s slow economy

Despite their differences, Florida’s Republican and Democratic gubernatorial candidates both promise not to raise taxes, and both have ambitious plans to invigorate a stalled economy. But with a budget shortfall as high as $2.5 billion, high unemployment, and stagnant growth, the opportunity to make radical changes may be limited for whoever wins.

The broad strokes of their tax proposals reflect their bases of support. Republican candidate Rick Scott, a millionaire investor and former health care CEO who was endorsed by the Florida Chamber of Commerce, has proposed phasing out the corporate income tax and enacting ambitious legal reforms aimed at making civil lawsuits more business-friendly. In keeping with the wave of Tea Party popularity that helped him win the primary, he favors cutting the size and role of state government and wants to cut the state’s portion of property taxes by 19 percent.

Democrat Alex Sink, a former bank executive who has been the state’s chief financial officer for the past four years, has the union vote — she’s been endorsed by health care worker and police unions — and her plan, while focusing on small business growth, also gives a nod to labor. Sink proposes more strategic cuts: she wants to defer the corporate income tax for a company’s first three years to encourage startups and to give tax incentives to companies that create new jobs as well as companies involved in research and development.

Rather than getting government out of the way, Sink sees a role for it. She wants to create a small-business ombudsman in the governor’s office.

Scott, who has never held elected office before, is proposing some radical changes, in keeping with his anti-incumbent supporters.

“We don’t need incremental change in Tallahassee, we need someone who is going to really shake up the apple cart,” says Barney Bishop, president of the business trade group Associated Industries of Florida. He favors Scott’s plans because “the idea is, if you cut taxes, people with the ability to create jobs will do that with the savings, because it’s in their best interests.”

In a state with as few tax streams as Florida — there is no state income tax, the state relies on property tax, corporate income tax and sales tax — eliminating one form of taxation only puts more burden on the others, says economist David Denslow, at the University of Florida’s Bureau of Economic and Business Research.

“One reason not to abolish the corporate income tax is that you like to have a balance among taxes,” he says. Slashing property tax, eliminating corporate income tax, and expecting the revenue loss to be made up by new businesses could backfire if the state’s services are impacted by the cuts.

“What businesses really look at is the level of services provided before relocating,” Denslow says. “Businesses don’t want to go to a place that is a frontier, where there are no police, no schools.”

Bishop agrees — ”Florida does have a big infrastructure back-log,” —  to disagree: “But that hasn’t kept companies from coming here.”

Dominic Calabro, CEO of the independent Florida TaxWatch, which does not endorse candidates, says that he’s encouraged by both Scott and Sink’s experience in the business world.

“I don’t see anything they are calling for that is unsound or out of line,” Calabro says. “I mean Rick Scott’s proposals focus more on cutting government spending,  Alex Sink’s proposals seem to be more value-added, working with the tools of office. Both recognize Florida has to change dramatically.”

GOP gambles with its ‘Pledge to America’

PPolitics
As a six-term incumbent, Rep. Corrine Brown, D-Jacksonville, should have no trouble amassing a significant number of votes during today's election. But she is
PPolitics
The Hispanic Council for Reform and Educational Options (Hispanic CREO) held a forum Friday in Fort Lauderdale to discuss how school choice can help boost success for Hispanic students. Both Michelle Rhee — an informal education adviser to Gov. Rick Scott — and Education Commissioner Gerard Robinson were in attendance.