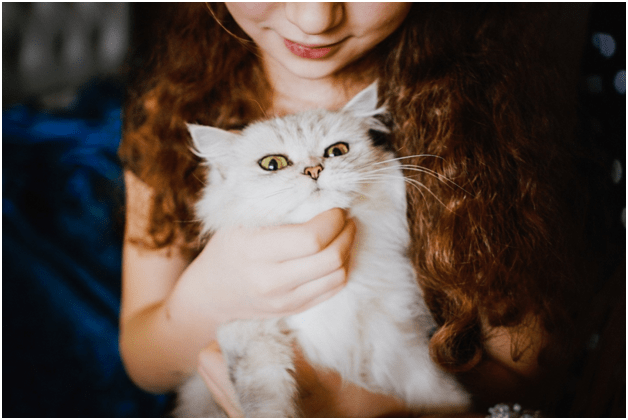 How Having Pets Can Help You Become Healthier

Pets aren’t just animals that you own. Having one of them can help you relieve stress, be better emotionally, keep you physically active and even lead to overall wellness. The following are some health benefits attributed to having pets, and the studies to back them up.

Having a Pet is Proven to Relieve Stress

Playing with or petting an animal can increase your levels of the stress-reducing hormone oxytocin and decrease the production of the stress hormone cortisol. These hormonal changes can help anyone, even nervous children, and make them feel more relaxed about doing difficult things such as reading a passage aloud in front of an audience.

Having a pet is proven to relieve stress, and is even advised by medical professionals in treating psychological and emotional anomalies says My Pet Child. Of course, reduced stress instantly translates to improved physical health. Animals, particularly dogs, are often used to help individuals manage high stress levels. For example, veterans suffering from post-traumatic stress disorder (PTSD), stressed out students and anxious children are just a few groups that experience less stress in the presence of a pet.

Researchers at Virginia Commonwealth University examined stress levels of employees who brought their dogs to work, employees who left their dogs at home and employees who didn’t own a pet. They found that dog owners whose dogs were present at work reported less stress over the course of the workday, while those with a dog at home or no dog at all reported an increase in their stress levels.

In the same study, researchers found that the effect of pets for reducing the impact of stress and enhancing communication in other settings may be extended to the workplace. This meant that employees directly benefit by having pets around them, most especially when they can have them around in their place of employment.

Pet presence may serve as a low-cost wellness intervention readily available to many organizations, and it may enhance organizational satisfaction and perceptions of support. As such, it is important to have policies in place to ensure only friendly, clean and well-behaved pets are present in the workplace.

Having Pets Encourages Physical Activity, and That’s Good for Almost Anyone

Whether it’s running, throwing a frisbee or simply walking, dogs encourage owners to get outside and move. According to studies, dogs help their owners stay active and dog owners are 54 percent more likely to get the recommended amount of exercise when compared with other adults.

Researchers also compared people with borderline high blood pressure who have adopted dogs with others who wanted dogs but had their pet adoption purposefully delayed for the study. The result was surprising still. Those who brought home their dogs saw declines in blood pressure and were less likely to see their blood pressure and heart rates rise in response to stress from physical activities of varying degrees.

There was good evidence, according to another study, that the strength of the dog-owner relationship, through a sense of obligation to walk the dog and the perceived support and motivation a dog provides, is strongly associated with increased rates of walking as an exercise. The perceived exercise requirements of the dog had also been a modifiable point for intervention.

“In addition, access to suitable walking areas with dog supportive features that fulfil dog needs such as off-leash exercise, and that also encourage human social interaction, may be incentivizing,” the study concluded.

Pets can also boost owner’s heart health as a result of the increased physical activity that they promote. According to the American Heart Association, dog ownership may reduce the risk of having cardiovascular ailments, likely as a result of owners walking their pets. Owning pets may also be associated with a lower risk of obesity, lower blood pressure, less stress and lower cholesterol levels. All of these can have a positive impact on the heart.

Research also says that simply interacting with a dog can provide heart-health benefits. In a 2007 study performed out of UCLA, researchers provided therapy dogs for patients hospitalized with heart failure. They has found that after a 12-minute visit, patients exhibited improved cardiopulmonary pressures, healthier neurohormone levels and less anxiety.

The simple yardstick to measure whether people are emotionally healthy could be judged if the person is resilient, self-confident and capable of developing strong, healthy relationships. A 2011 study reported in the Journal of Personality and Social Psychology has found that pet owners shared many of the same characteristics.

This is because having a pet subconsciously helps a great deal with the betterment of people, especially with their emotional health. Be it from just not feeling alone because a pet can keep you company, or getting that good feeling when you give your puppy some healthy dog treats, almost all kinds of experiences you get from taking care of your pet could help your emotional wellness.

Compared to non-pet owners, researchers found pet owners to have higher self-esteem, be more extroverted and less lonely, be less preoccupied and be less fearful of everyday life challenges. Pets also appeared to help owners feel better after an incident when they reported feeling rejected.

A separate study examined the effects of pet therapy on mood and perceived quality of life in elderly patients with dementia, depression or psychosis. Patients who were administered pet therapy over a six-week period reported a decrease in depressive symptoms, improved perception of quality of life and better cognitive functioning.

Having a Pet Promotes Social Interaction

Social relationships — both quantity and quality — affect mental health, health behavior, physical health and mortality risk. Of course, a healthy amount of social relationships can translate to better overall health. The problem is that oftentimes, people have a difficult time creating and maintaining relationships. Fortunately, pets serve as a great facilitator for making new connections and building social support, both of which are vital to your health.

Studies show that pet owners were more likely than non-pet owners to meet neighbors they had never met before. This supports previous research that suggests pets serve as ‘ice-breakers.’ Dog owners are more likely to form new friendships, particularly while walking their dogs, but the study suggests other pets, such as cats, rabbits and snakes can foster connections as well.

Dogs have also proven to be particularly helpful in aiding autistic children with forming bonds with their peers. Studies have found that owning a dog helps bridge the gap for children with autism who may find it difficult to communicate with others. Serving as a social buffer, dogs give children the opportunity to communicate more clearly and confidently. While dogs are the subjects of the study, researchers suggest other pets, such as rabbits or cats, may be better suited for some children depending on the child’s preference and condition. It would also be a good idea to invest in a good pet insurance in order to make sure your pet stays healthy. There are many new companies, like Bivvy insurance, that offer great services for an affordable price!

Having a Pet Early On Can Fight Allergies

Pets can serve as a barrier against allergies if caught early on. Researchers have found that growing up with pets strengthens the immune system and helps children build immunity against pet allergens and bacteria. Then again, when allergic reactions have already been medically established in relation to animal dander, having a pet as an adult is totally not advisable.

According to a 2011 study published in Clinical & Experimental Allergy, children who grew up with a cat or dog in the home were are less likely to be allergic to them later in life, but only if the pet was present when they were infants. Those who grew up with cats were half as likely to develop allergies toward them as teenagers compared to those who grew up in cat-free homes. Pet exposure after a child’s first year did not show an effect, suggesting that early exposure may be a key to reducing allergy risk.

3 Things to Remember to Get the Best Workout Results

Top 3 Mistakes That People With Debt Should Avoid

No matter what your goals are for summer, spring is always a time for renewal. It’s a chance to reflect on who you’ve been...

The post 4 Fun Ways You Can Spring Into Life Right Now!   appeared first on Early To Rise.