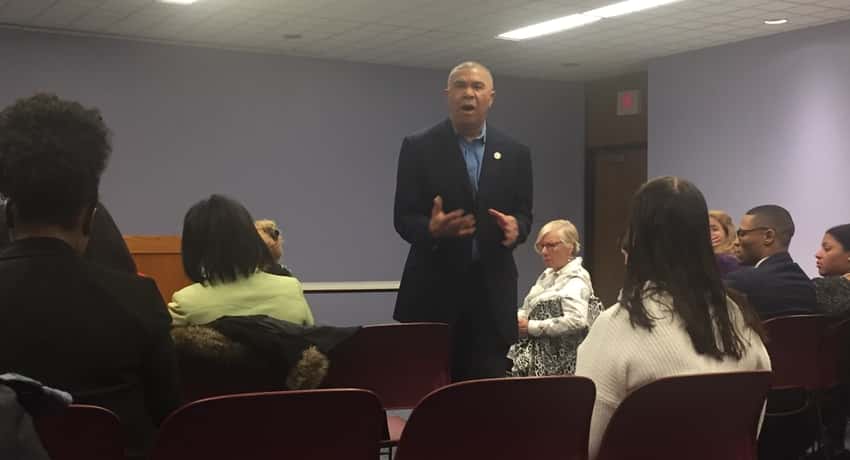 State Sen. John Thrasher‘s primary win was basically a lock (he was the incumbent candidate for District 8 and is the interim chairman of the Republican Party of Florida), but it wasn’t all positive vibes at his Tuesday-night celebration party. The intense rivalry between Republican gubernatorial candidates Rick Scott and Bill McCollum and Scott’s victory last night has placed the state party, and its leader, in an awkward situation.

While guests to the party — which was held at a Jacksonville Dave & Buster’s — nibbled on sliders and chicken wings, live election results streamed in via computer and television. The crowd cheered upon hearing the announcement that Kendrick Meek had received the Democratic nomination for Senate, as many believe that Meek will be no match for Republican golden child Marco Rubio, who will likely face a head-to-head battle against now-independent candidate Gov. Charlie Crist.

Inarguably the most heated run for office came in the Republican primary for governor, between Rick Scott and Bill McCollum, who each visited Jacksonville to stump for votes on a primary day.

Party chairman Thrasher has been caught in the middle in recent weeks and appeared to many to favor McCollum. The RPOF’s finance account was pushed to its limits in an effort to defend McCollum against Scott’s use of tens of millions of his own dollars. And just this past Sunday, Scott bought several full-page newspaper ads hinting at an alleged involvement between McCollum and former party chair Greer.

This past Sunday, state Sen. Thrasher appeared to be at his limit. In an email to made out to “fellow Republicans,” Thrasher reprimanded Scott for orchestrating “a multifaceted campaign of misinformation in an effort to mislead Florida voters and confuse the facts surrounding the arrest and indictment of Jim Greer as well as the Party’s financial situation and preparedness to support our candidates as we move towards the November election.”

But in an interview last night with The Florida Independent, Thrasher was careful not to take sides. “I will … embrace the nominee, whoever he is.”

Thrasher said the nominee would have a tough job cut out for him, should he win in November: “[The biggest issue facing the state is] jobs. We have millions of people unemployed. … Someone needs to come up with a formula to create jobs.”

Also of concern to the senator? “What’s been happening in D.C. … I have concerns over the direction of our country.”

In his victory address to the crowd at Dave & Buster’s, Thrasher said the night was sure to be “a successful night for a lot of Republicans, but there is a big election ahead in November.” Thrasher again made mention of the country’s direction as he encouraged audience members to vote. “Elections matter. All we have to do is go back to 2008 and see the direction of our country. … We need to take our country back. This is just the first step. We have to carry this onto November.”

At midnight Tuesday came a peace offering of sorts. True to his word, Thrasher congratulated Scott on his gubernatorial nomination in a press release.

Tonight is just the first step to victory in November. … I am ready to debate the tough issues that face Northeast Florida during the General Election. My campaign will maintain its same focus of keeping your taxes low, reducing wasteful government spending and growing our job base and local economy, as well as improving our children’s education and preserving the St. Johns River and our beautiful beaches.

OOldPolitics
Tom Liberti, director of the state Department of Health’s Bureau of HIV/AIDS, told The Florida Independent Monday that an emergency solution for the funding crisis facing the AIDS Drug Assistace Program will probably not be signed this week.
OOldPolitics 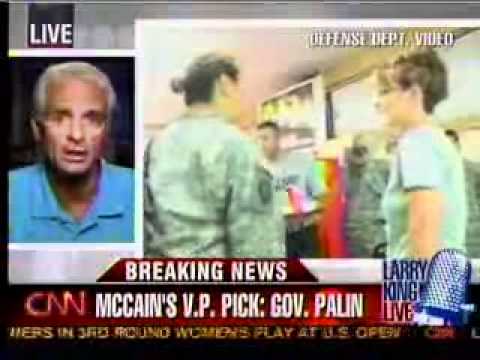 Read More
Florida Gov. Charlie Crist released an ad Wednesday portraying himself as the only candidate in the U.S. Senate…